WUSA9 learned a total of 15 fields were closed and considered dangerous after failing hardness tests. 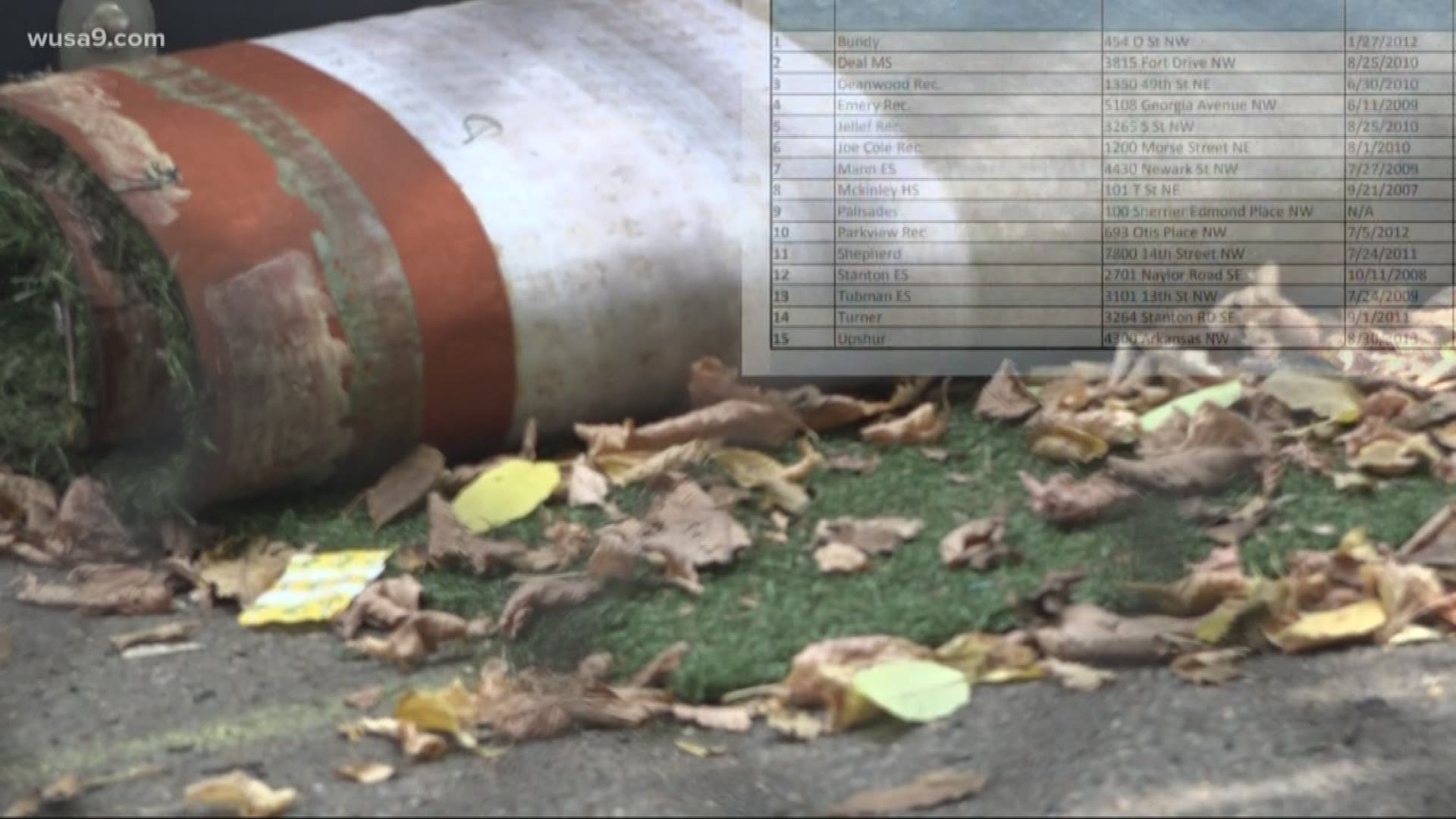 WASHINGTON -- Fifteen artificial turf fields in D.C. were temporarily shut down and considered unsafe. The Department of General Services repaired and reopened the fields two days ago, but some parents and community members still have concerns.

Artificial turf fields in The District were too hard.

RELATED: ‘These fields can be dangerous’ | Some parents upset about newly replaced synthetic turf fields

WUSA9 learned a total of 15 fields were closed and considered dangerous after failing hardness tests.

The fields that were affected are:

If a GMAX number falls below 200, it is considered safe.

However, people are more at risk for severe injuries when those numbers shoot above 200.

DGS said it repaired, retested, and reopened the fields on Saturday.

WUSA9 has reported on issues with DC’s artificial turf fields since last year.

In 2017, 16 of the city’s 52 fields failed the same safety test. Those failed fields were repaired/replaced and reopened.

Several of the fields that failed the GMAX test in 2017 failed again in 2018.

Some parents and the DC Stoddert Youth Soccer Club are criticizing the city for waiting to do the safety test until after DC students were already back for the new year.

The Department of General Services is working on creating new policy recommendations for artificial turf fields.