The Washington Capitals welcomed a service dog named Captain in October. Now, the organization is getting another. Meet Scout. 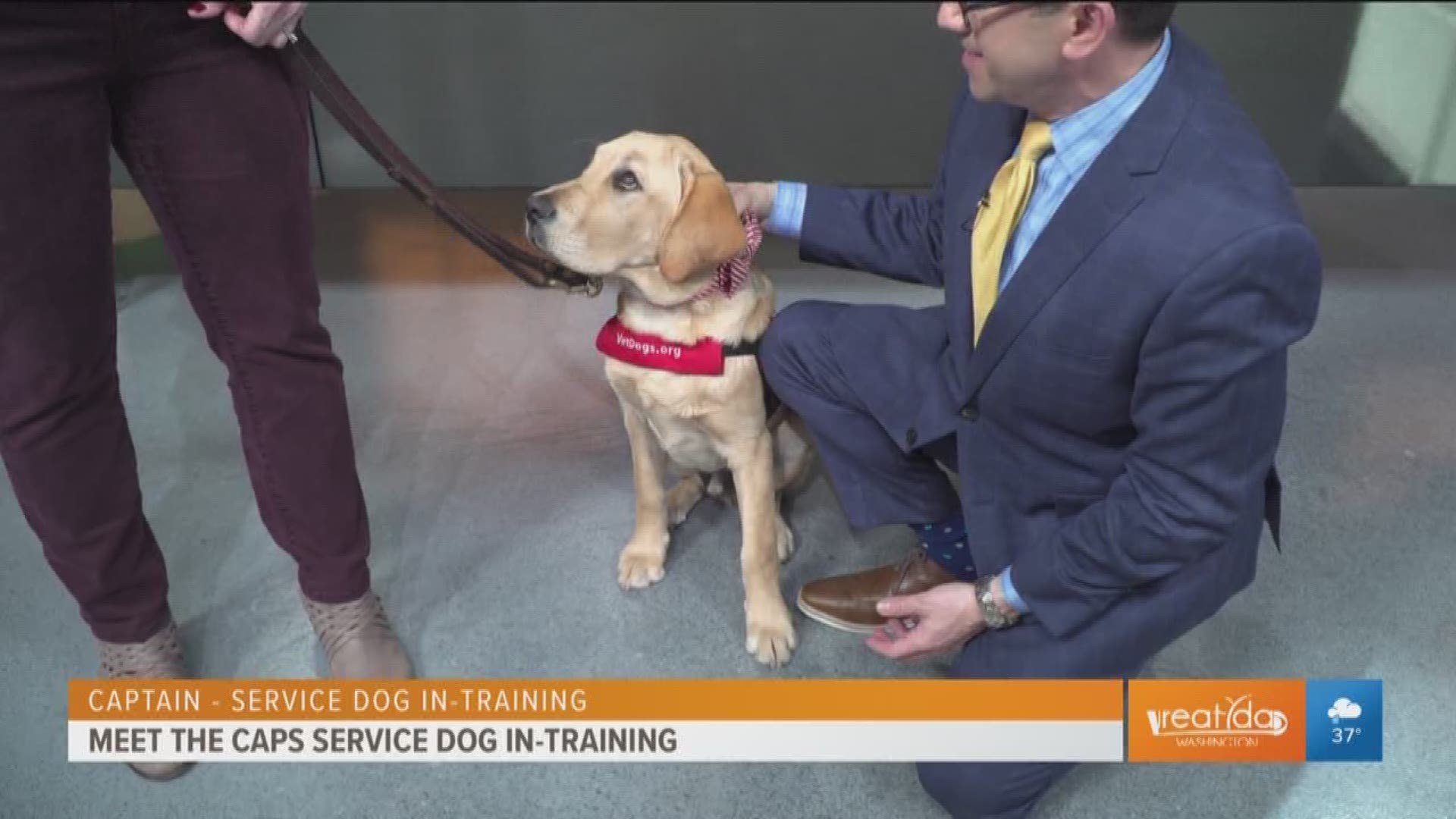 WASHINGTON — When the Washington Capitals welcomed a service dog to the organization in October, players, staff and fans fell in love. Captain quickly became a member of the team and was dubbed a makeshift mascot.

MME has partnered with America's VetDogs, which is a New York-based nonprofit that provides services dogs to veterans and first responders with disabilities.

The organization is introducing the newest member of the Capitals family, "Scout," on Thursday. The organization isn't releasing a photo of Scout until he's made his official debut Thursday, so stay tuned for his furry face! But here's a sneak peak.

Credit: Monumental Sports
A full image of Scout won't be released until his official debut Thursday.

"MSE Chairman & CEO Ted Leonsis, and his wife Lynn, were also inspired by Captain’s journey to D.C.," the organization said in a press release. "As a result, the two committed to donate $50,000 to sponsor the cost of raising a second dog through America’s VetDogs."

Captain, the then-10-week-old male yellow Labrador Retriever made his red carpet debut with the rest of his team ahead of the Cap's home opener against the Carolina Hurricanes in October.

Captain joined the Capitals as a service dog in training where he socialized with the Capitals staff, players and public.

Captain's teammate, Alexander Ovechkin, helped Captain navigate through the red carpet, introducing him to all his new fans.

In an October press release, the Capitals said after Captain went through basic training, he'd return to the America's VetDogs campus to begin his formal service dog training. Once he graduates, he'll be matched at no cost with a veteran or first responder to provide enhanced mobility, renewed independence and companionship.