Leaders from across the country, including President Joe Biden and Vice President Kamala Harris, are attending the Anniversary Commemoration. 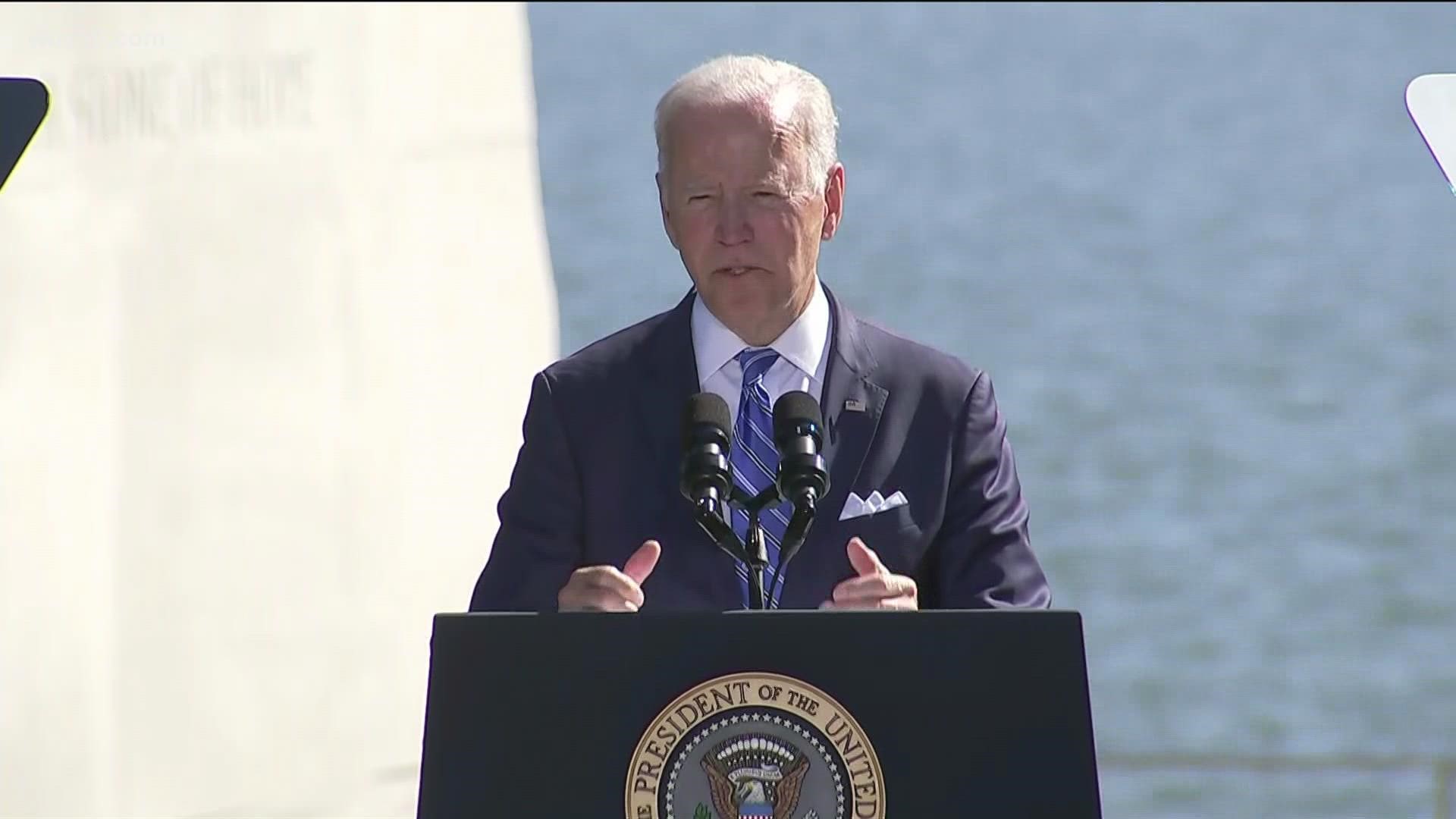 WASHINGTON — The Martin Luther King Jr. Memorial celebrates a decade at the National Mall in D.C. with a special ceremony Thursday.

Leaders from across the country, including President Joe Biden and Vice President Kamala Harris, attended the Anniversary Commemoration at the Memorial site Thursday afternoon.

Vice President Harris and President Biden took the opportunity to talk about the very freedoms Dr. King fought for and its importance in today's political climate.

"He saw the present for exactly what it was--being clear-eyed and he saw the future as it could be and he pushed our nation towards that future," said VP Harris. "It is important to remember that Dr. King on a daily basis even as his character was being undermined...He pushed even as his very life was in jeopardy."

"So as we remember his life and celebrate the anniversary of this beautiful memorial let us be guided by the beautiful connections he made," said Harris.

In celebration of one of the nation's most inspirational treasures, the Memorial Foundation is sharing, again, the 14 inspirational quotes from Dr. King that adorn the Memorial walls. The notable quotes that many visitors read during tours of the memorial align with Dr. King's principles of democracy, justice, love, and hope.

In February, the foundation got together with Amazon to hand out food and personal care boxes to area families in need.

They also distributed care boxes to homeless shelters across the District.

Pictures from the event show the number of care boxes they were able to provide to folks searching for a bit of relief.

Being that Dr. King’s mission was rooted firmly in love, it’s fitting that the foundation carried out its mission the day before Valentine's day.

The MLK Memorial attracts an average of three million visitors per year.

You can find out more information about the group and their ongoing mission at their website- www.TheMemorialFoundation.org

RELATED: Where MLK and Coretta met and studied, a memorial will rise