The baby's mother faced a judge Saturday and is charged with tampering with evidence following the disappearance of her 2-month-old son, Kyon Jones. 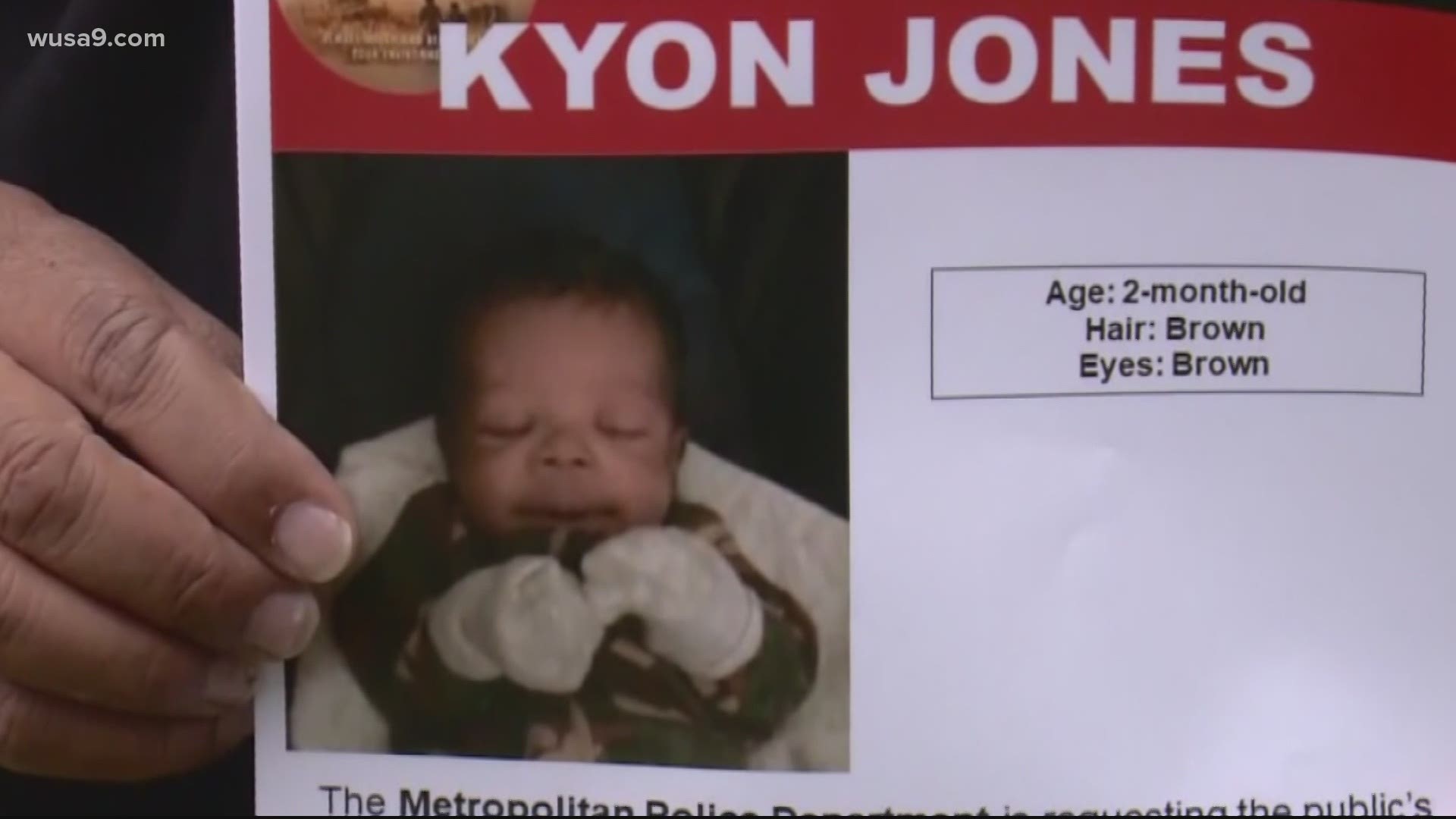 WASHINGTON — Ladonia Boggs faced a judge Saturday and is charged with tampering with evidence after her 2-month-old son, Kyon Jones, disappeared in early May, according to court documents. A pending felony murder charge must first go through a grand jury who will decide whether or not to indict the 37-year-old mother, a spokesperson for DC Superior Court said.

Court documents state that Boggs told investigators she was high on PCP the last time she saw her son. The court records also indicate the mother's story changed numerous times -- until police say she admitted to throwing away the infant after he was found unresponsive in her bed.

Ladonia Boggs dropped that bombshell when she spoke to WUSA9's Kolbie Satterfield on May 9, telling her she had disposed of the infant's blanket and car seat in the trash after she noticed her son was no longer breathing.

"He was on the bed with me on my chest and I rolled over and he was unresponsive - breathing - and I panicked," Boggs said. "Got a blanket and his car seat and wrapped it up and took it outside and disposed of it in the trash. And that’s what happened."

According to court documents, that was four days after she first told the baby's father that child and family services picked up the 2-month-old and that he would be gone "for a long time."

D.C. Police said when officers stopped by her home to check on the child, she said he didn't live there.

Boggs was caught on surveillance camera hauling a car seat, then a cardboard box and plastic bag to the dumpster, according to D.C. Police. Kyon's body still has not been found, police said.

Kyon was last seen in the 1500 block of Benning Road, Northeast, on Wednesday, May 5, according to DC Police, who said they searched city trash cans, dumpsters and landfills -- even searching a landfill in Charles City County in Virginia, where some of the District's trash and waste is relocated.

Boggs was released Saturday and ordered to stay away from children - including her 1-year-old grandchild - unless another adult is present. She's due back in court in mid-November.