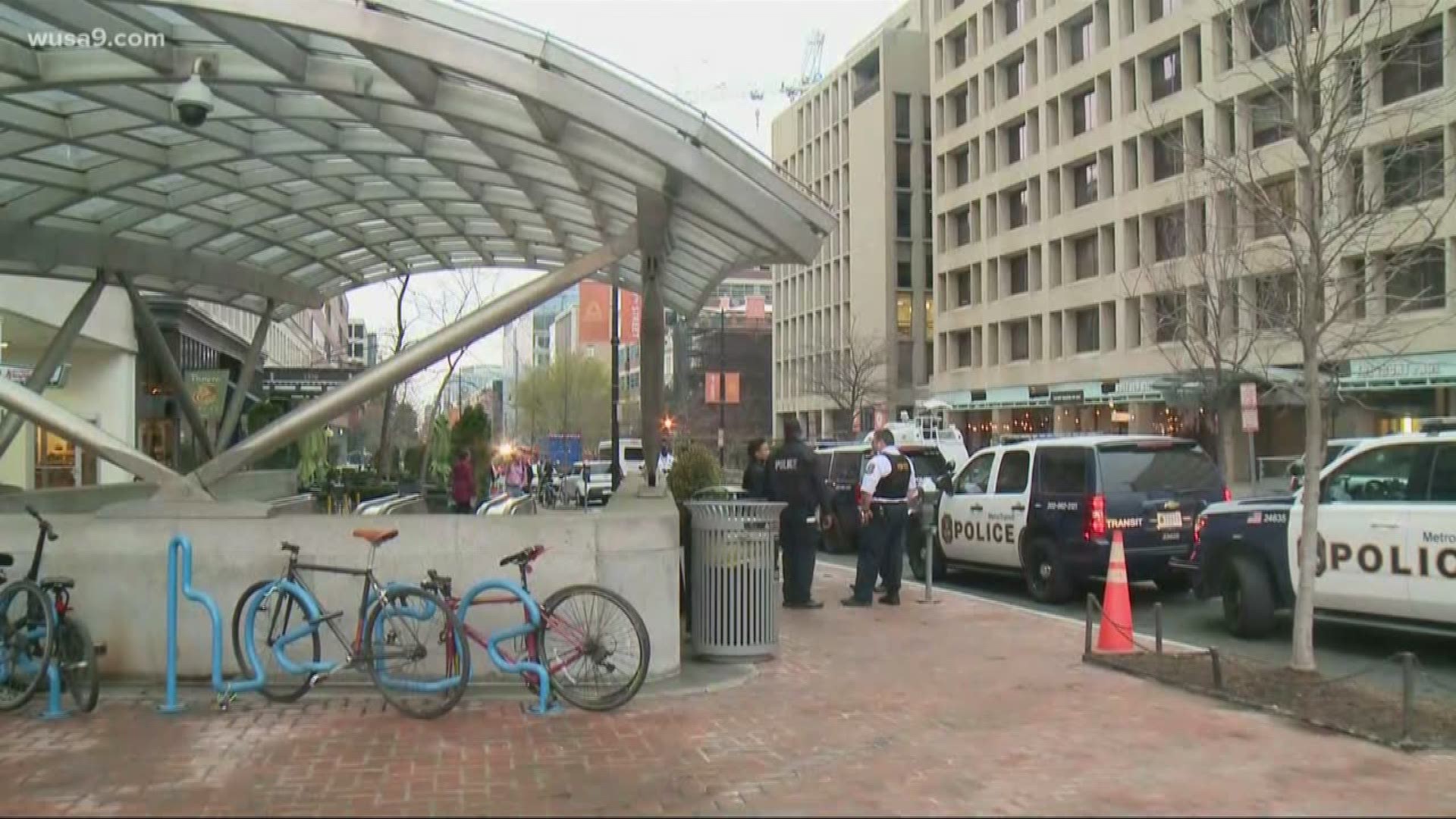 Metro said at least one of the assaults took place on the train. It is not clear when the second assault happened. However, Metro said Toye did run around Dupont Circle for a few minutes before police responded.

At least one passenger on the train notified the operator as the train pulled into the Dupont Circle station.

Officials believe Toye may have been on some kind of drug. Authorities used a TASER on him before placing him under arrest at the Dupont Circle Metro station. He ignored several warnings from police and did not comply, officers said.

Toye is facing at least two counts of simple assault other charges, which include Robbery Force & Violence, Threats in a Menacing Manner and Threats to do Bodily Harm.

Officials said the suspect was taken to the Washington Hospital Center. This is standard procedure after a TASER is used.