D.C. mayor Muriel Bowser, says it will take $500,000 to fund a new stop and frisk data collection system in the District. 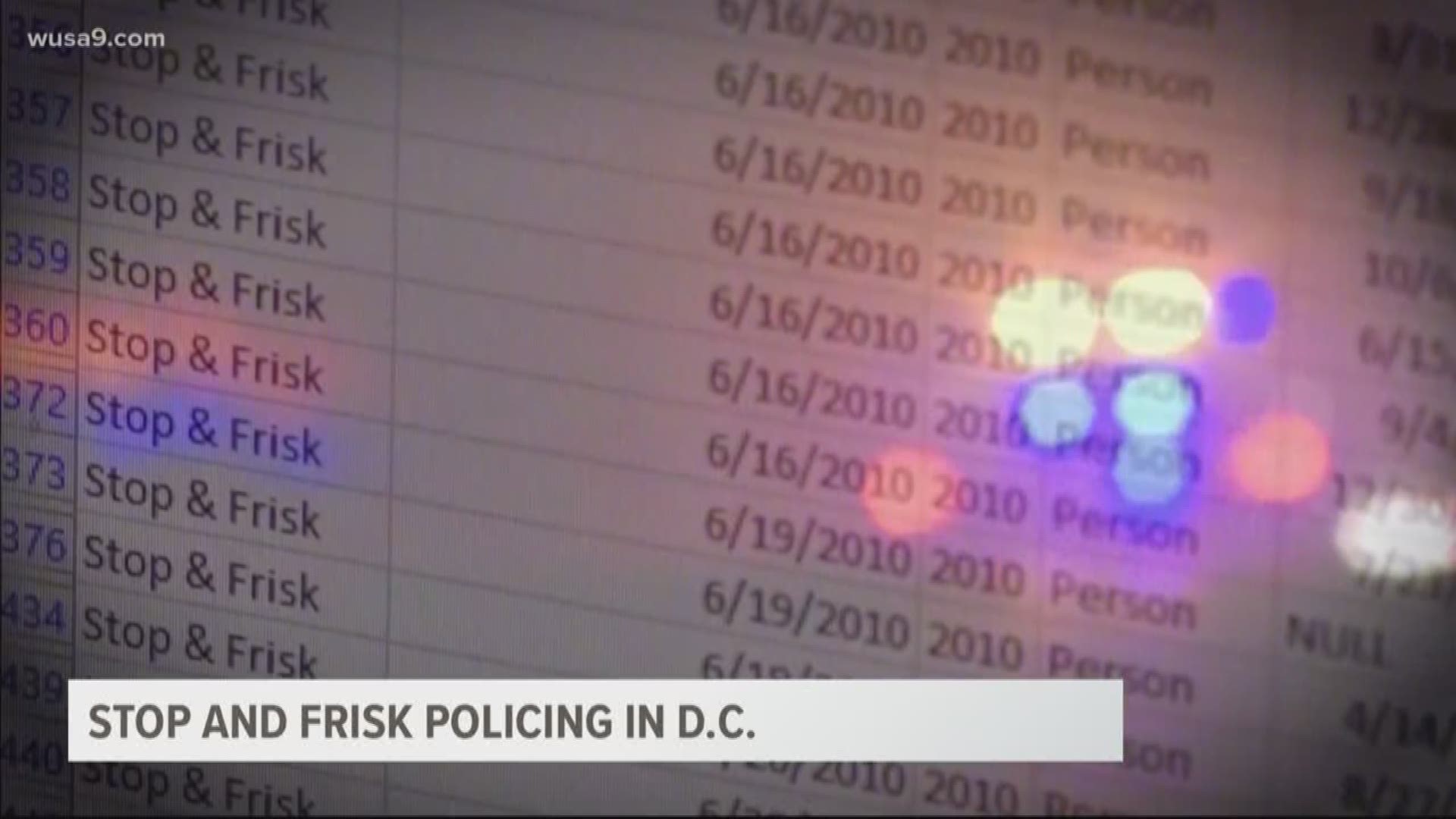 WASHINGTON (WUSA9) — D.C. mayor Muriel Bowser, says it will take $500,000 to fund a new stop and frisk data collection system in the District.

The announcement comes after months of reporting by WUSA9 that exposed D.C. police was circumventing a law requiring it to collect stop and frisk data.

Mayor Bowser made the request in an April 26 letter to D.C. council chairperson Phil Mendelson, outlining proposed changes to her 2018-2019 revised budget. In the errata letter,obtained by WUSA9, Bowser calls for D.C. council to add an additional $300,000 to the budget of the D.C. Metropolitan Department, and another $200,000 to the D.C. Department of Motor Vehicles budget, to “fully fund and implement the data collection requirements under the Neighborhood Engagement Achieves Results Act (NEAR).”

DC Councilmember Charles Allen said it's money the DC Police Department should have asked for a long time ago.

“That’s a very frustrating part of this whole process," Allen said adding he still doesn't know where the money is going to come from.

"But I know that I’ve got the support of the council, the support of my colleagues, and a whole coalition of people who will hold everyone’s feet to the fire to make sure we get this done.”

The 2016 NEAR ACT required D.C. police to greatly increase the amount of data it records about stop and frisk, to keep police in check and identify any racial bias.

“So, to the extent there has been a delay to this data piece and not a complete understanding of the necessary infrastructure changes that would be required, um, we’re guilty,” Chief Newsham said in front of the Judiciary and Public Safety Committee.

Newsham has refused to speak with WUSA9 to us about this issue dating back to last summer, when we first began analyzing data that showed 8 out of 10 people stop and frisked in the district, were black. However, our ongoing series of reports exposed D.C. police simply have not done what they were legally required to do by collecting extensive data on those stops.

The department only recently committed to get a plan, and price tag to D.C. council that would allow them to start collecting required stop and frisk data. That request, coming through Mayor Bowser’s office, adds funding to both D.C. police, and the DMV because additional traffic stop data was part of the NEAR Act requirement.

Mayor Bowser’s letter suggests the council takes the money from the city’s Emergency Rental Assistance Program (ERAP) and the Great Streets Initiative, to pay for the stop and frisk data collection upgrades. But Councilmember Allen and others oppose redirecting any funding to the ERAP during what many see as an affordable housing crisis.

As for why DC Police is just figuring all this out now, Allen is as confused as anyone.

“I don’t know that they have a good answer for that," Allen said.

The NEAR Act funding portion can be found on page 10.