A citywide curfew goes into effect at 7 p.m. both Monday and Tuesday night, through the morning hours. 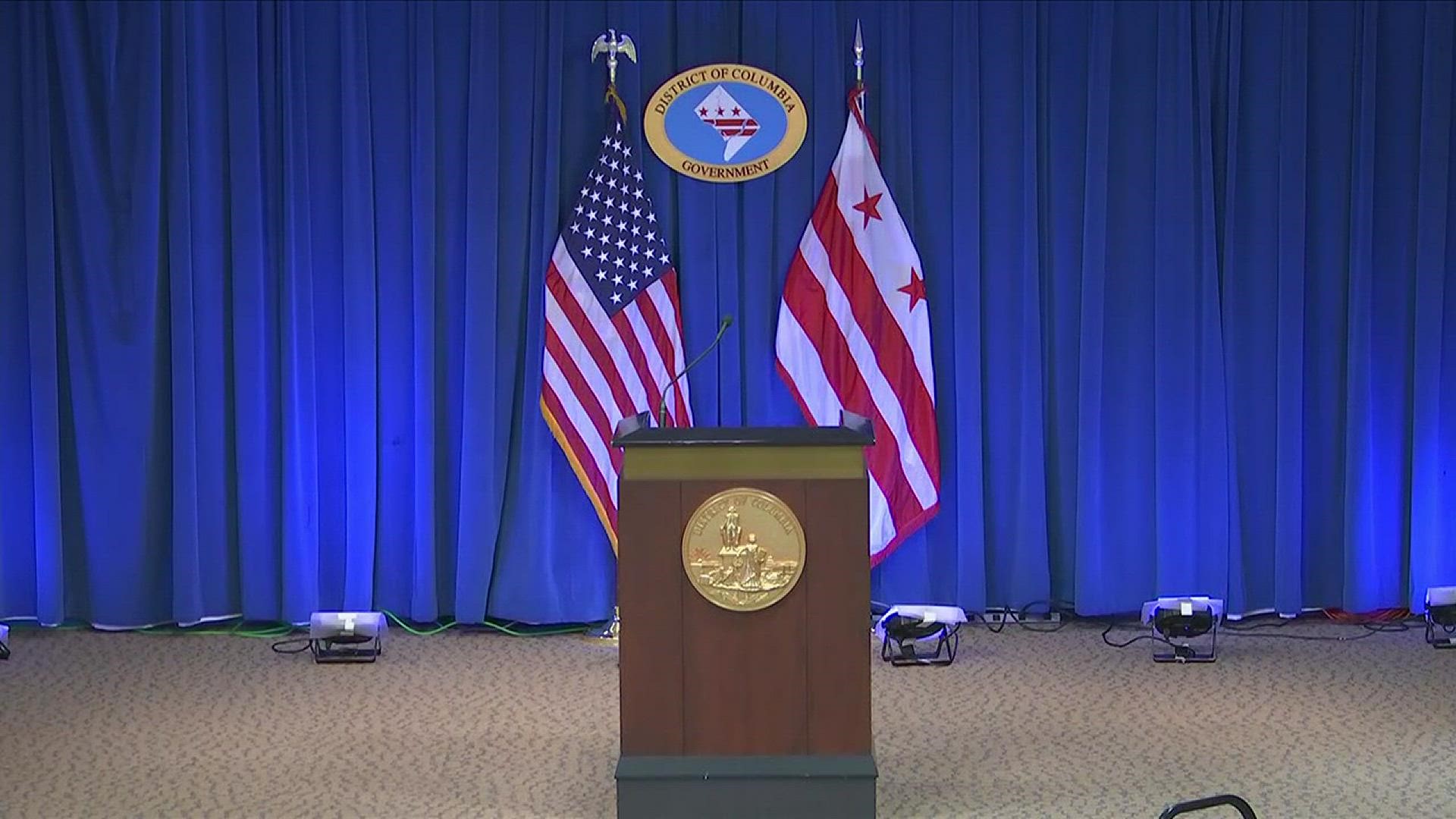 WASHINGTON — D.C. Mayor Muriel Bowser has issued a citywide curfew for the District starting at 7 p.m. Monday and Tuesday evenings, following "Justice for George Floyd" protests that have been ongoing in D.C. for three nights.

The curfew will begin again Monday at 7 p.m., Bowser and Police Chief Peter Newsham announced at a morning press conference. The curfew was previously in effect from 11 p.m. Sunday until 6 a.m. Monday.

"As the nation's capital, we are frequent hosts to First Amendment demonstrations and we applaud the American spirit of protest," Mayor Bowser said. "However, we will not allow the continued destruction of our hometown by people who are coming here to protest, or by D.C. residents."

After multiple peaceful protests in the city Sunday afternoon, including one led by two students and a healing circle at the Lincoln Memorial, tensions escalated around 5:30 p.m. when police deployed pepper spray on the crowd outside the White House.

A bonfire was set in the middle of the street at Lafayette Square park, and there were also reports of buildings on fire.

"Every single American should be outraged by the murder of George Floyd," Bowser said. "However, smashed windows and looting are becoming a bigger story than the broken systems that got us here."

"This will disrupt your lives," Newsham said. "This is a decision that was forced upon us by the behavior of the people who are intent on coming to our city and destroying property and hurting people,” he said.

"We are not done making arrests, we are urging our business owners that if they do have images of people destroying property or hurting people to please share them with us," Newsham said.

In light of the curfew announcement, Metro rail will close one hour early, at 8 p.m., and Metrobus service will end two hours early, at 9 p.m. Media and essential workers are exempt from the curfew, and the curfew will not affect D.C.'s primary day, for those wishing to vote in person.

In an evening press conference Sunday, Mayor Bowser was pressed on who police would be targeting for curfew enforcement. She said to use common sense -- they are focused on those intent on illegal activity.

When asked about where police would be focusing enforcement, the Mayor said wherever it is needed, referencing looting in Tenleytown, which is miles from the White House.

1 / 73
AP
Demonstrators watch an American flag burn as people gather to protest the death of George Floyd, Sunday, May 31, 2020, near the White House in Washington. Floyd died after being restrained by Minneapolis police officers. (AP Photo/Alex Brandon)

Mayor Bowser also addressed the President's tweets urging for stronger action from government leaders in responding to the riots.

She said that she is working with federal authorities, and expects to see more of them stationed near monuments, which saw vandalism over the weekend, and other federally protected areas.

But the other three officers who were involved in the incident have not yet been arrested or charged, with prosecutors in Minnesota on Friday saying that charges are likely forthcoming.