Scholars recognized how Dr. King and other civil rights leaders’ work helped influence the fight for racial equality that was sparked after George Floyd was killed. 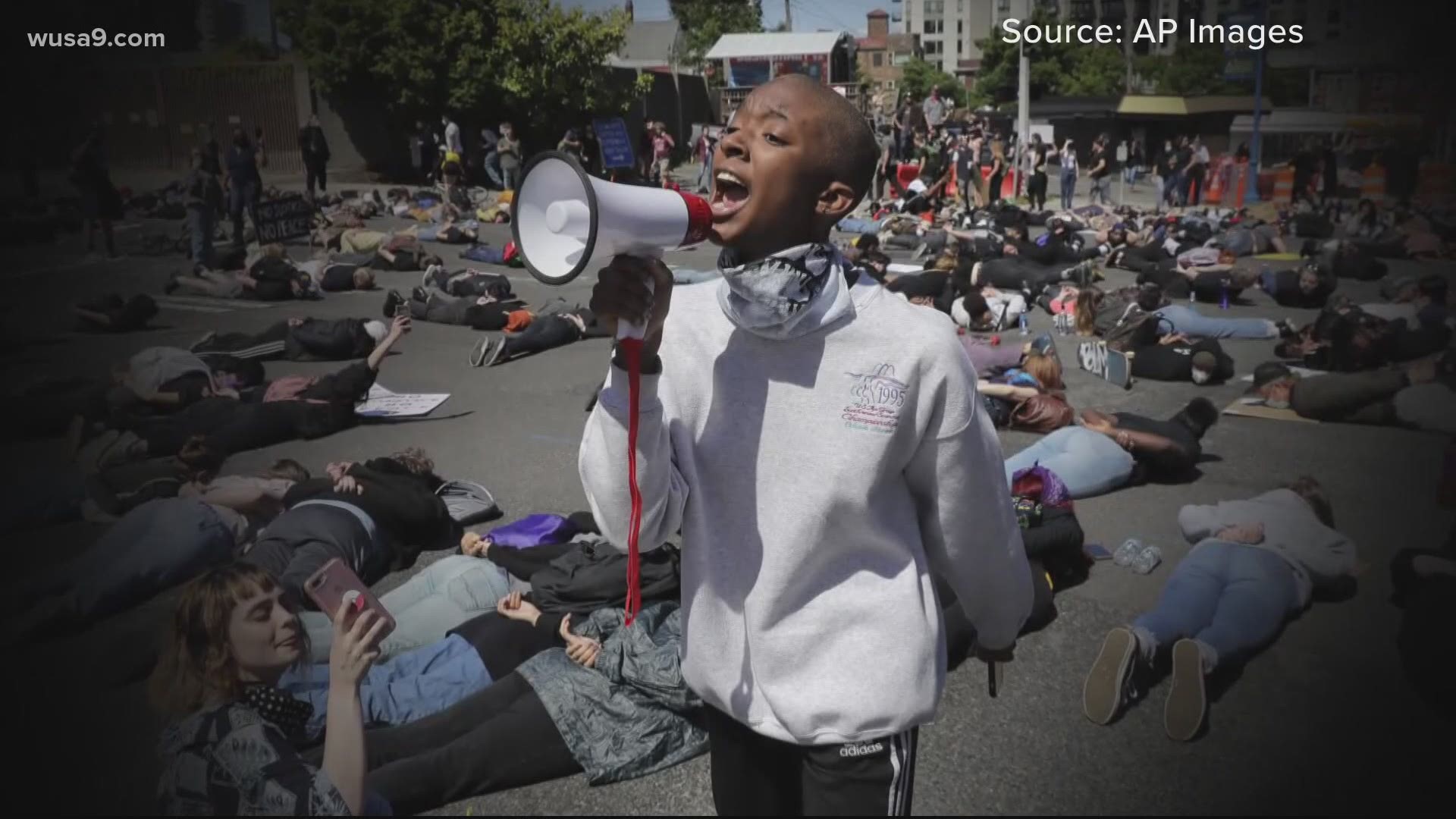 WASHINGTON — Martin Luther King, Jr Day is a holiday set aside to honor the life and accomplishments of Dr. King.

A lot has happened over the past year with the Black Lives Matter movement that helps remind Americans of Dr. King’s influence.

Dr. King was a leader and non-violent activist of the Civil Rights movement who led protests against racial discrimination in schools, public transportation, the workforce, voting rights and more.

He was known as the most influential speaker of the Civil Rights movement, and his assassination in 1968 sparked a firestorm.

"We had rioting that lasted from Thursday to Saturday of that week. Three of our neighborhoods were just devastated by the rioting, and they were majority African American neighborhoods,” Jane Levey said.

Levey with the Washington Historical Society told WUSA9 in 2020 that people were hurt at the time and major cities across the country suffered major blows.
"It was anger, it was hurt, and it was the moment of rebellion,” she said.

The anger and pain turned into action.

Through his marches and speeches, Dr. King had laid the foundation of the passion, drive and grit it takes to make changes.

"We're in a moment now where it feels like the sense of the possible is more powerful now than perhaps at any time since the black freedom movement in the 1960s," Dr. Gregory Carr said.

Scholars recognized how Dr. King and other civil rights leaders’ work helped to influence the fight for racial equality that was sparked last year after George Floyd was killed.

"Protest is also the opportunity that we have to hone our own collective energy in a productive way that expresses our anger nonviolently, and then can shift to a public policy discussion," Ravi Perry told WUSA9.

Some of the benefits of that work from the past and present have already come to fruition with law and policy changes, the declaration of Juneteenth as a national holiday, and the power that voting equality can have in changing elected leadership.

It is a step forward thanks to the work of Dr. King and people who’ve followed in his footsteps while recognizing the journey toward equality is far from over.

RELATED: Here's how to celebrate Martin Luther King Day during the pandemic

RELATED: Where MLK and Coretta met and studied, a memorial will rise