The man died from his injuries a day after being shot on the Metro Green Line platform. Service had been suspended between Southern Avenue and Navy Yard. 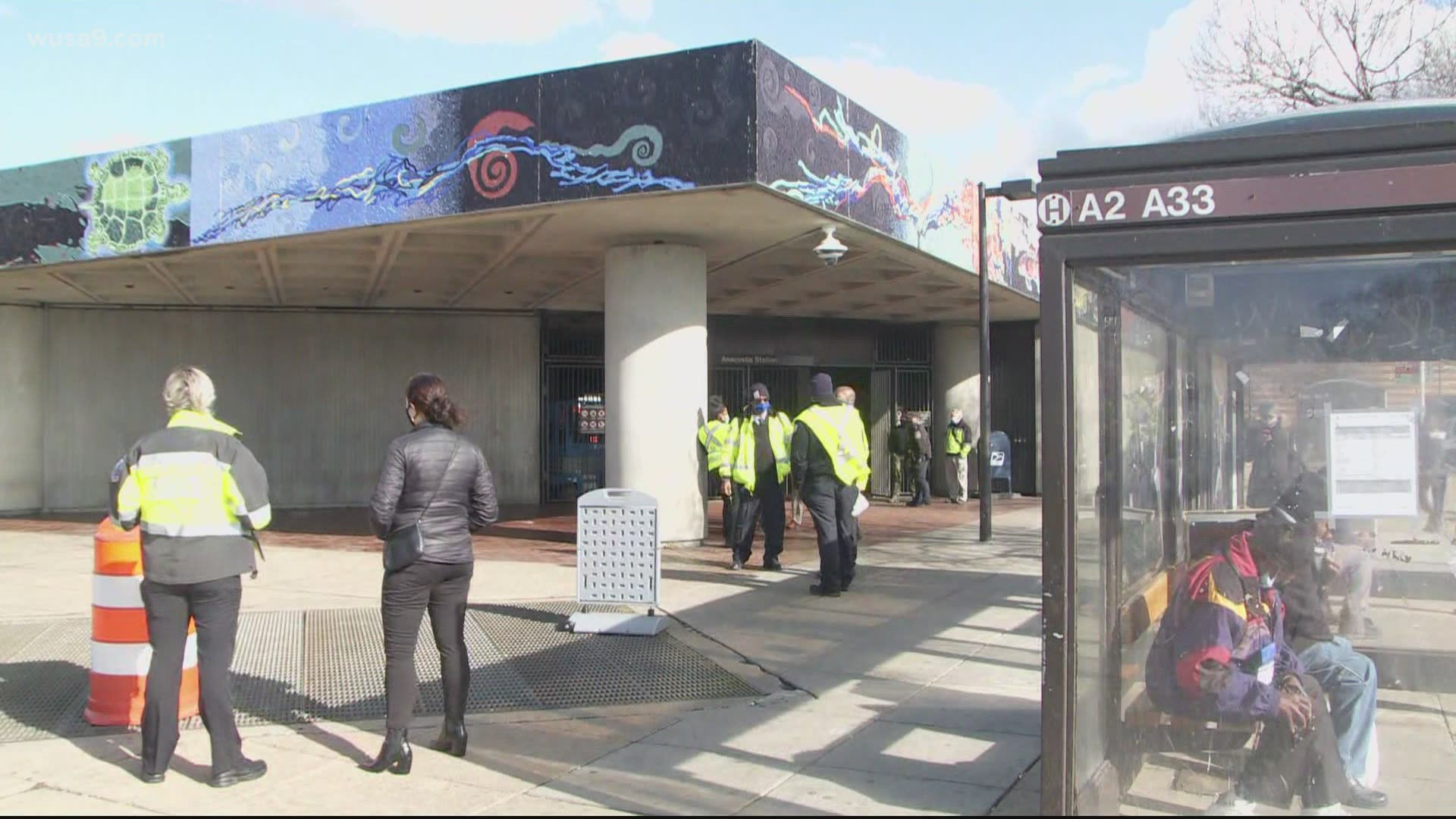 WASHINGTON — The man who was shot inside the Anacostia Metro station Tuesday afternoon died from his injuries on Wednesday, D.C. police said. Now, investigators seek help from the public in finding the suspect.

The man who was shot has been identified as 49-year-old Marcus Covington, of Southwest, D.C., the Metropolitan Police Department said in a statement.

Officers had been called out to the station for a report of a shooting shortly after 1:30 p.m. Police found a man who was suffering from gunshot wounds and not breathing on the station platform.

D.C. Fire and Emergency Medical Services responded to the scene and transported the man to a hospital in the area with life-threatening injuries, police said.

The Metro Green Line service was suspended between Southern Avenue and Navy Yard until about 5:45 p.m. Tuesday during the investigation.

A surveillance camera nearby captured the suspect involved in the shooting, police said.

Anyone who can identify this person or has information about this shooting is asked to not take action and call the police at (202) 727-9099 or text your tip to the department's TEXT TIP LINE at 50411.

The Metropolitan Police Department is offering a reward of up to $25,000 to anyone who provides information that leads to the arrest and conviction of the person or persons responsible for a violent crime committed in the District of Columbia.

MPD seeks assistance in identifying a suspect in an Assault with Intent to Kill (Gun) offense that occurred on 2/23/21 at the Anacostia Metro Station in the 1100 block of Howard Rd, SE.

2.23.21 Chief Contee provides an update regarding a shooting in the 1100 block of Howard Road, SE, at the Anacostia Metro Station. @MetroTransitPD https://t.co/8EIx1uQItV

This is a developing story that will be updated. Please check back with WUSA9 for new details.