Man sets himself on fire next to the White House

It happened at about 12:20 p.m. on the Ellipse near 15th and Constitution Avenue. 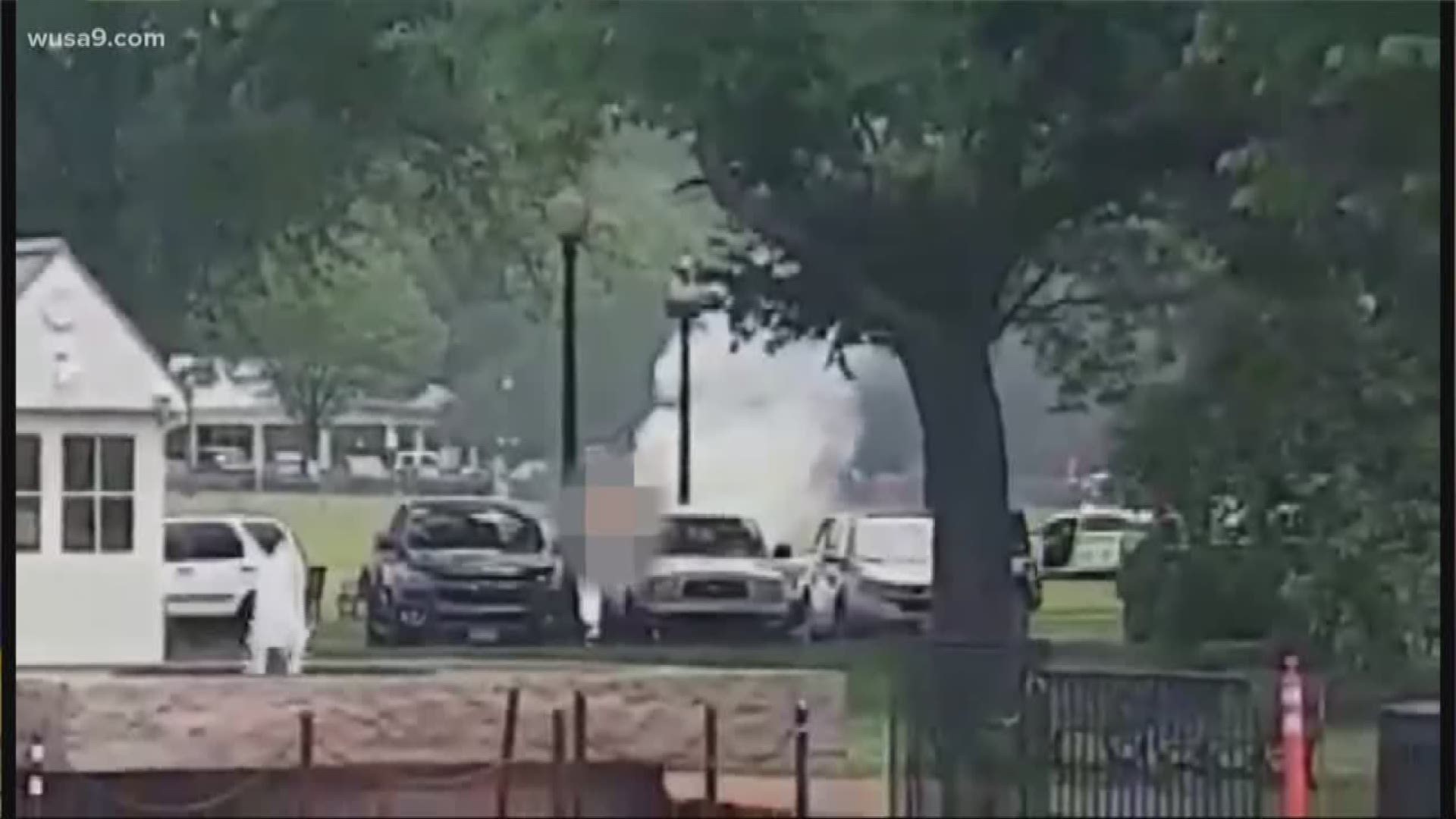 The above photo came from a video that is circulating online. We have permission to use the footage, but chose not to due to its graphic nature.

WASHINGTON -- A man lit himself on fire Wednesday afternoon near the  White House.

The Secret Service tweeted it happened at about 12:20 p.m. on the Ellipse near 15th and Constitution Avenue.

The Ellipse is a park located south of the White House fence and north of Constitution Avenue and the National Mall. It's the center portion of President's Park.

DC Fire and EMS confirmed one person was transported from the scene with life threatening injuries.

Secret Service said their personnel responded "within seconds" and were on the scene assisting the National Park Service and U.S. Park Police to give him first aid.

Below is the footage sent to WUSA9 by a witness. The video has been blurred due to the graphic nature of the incident. 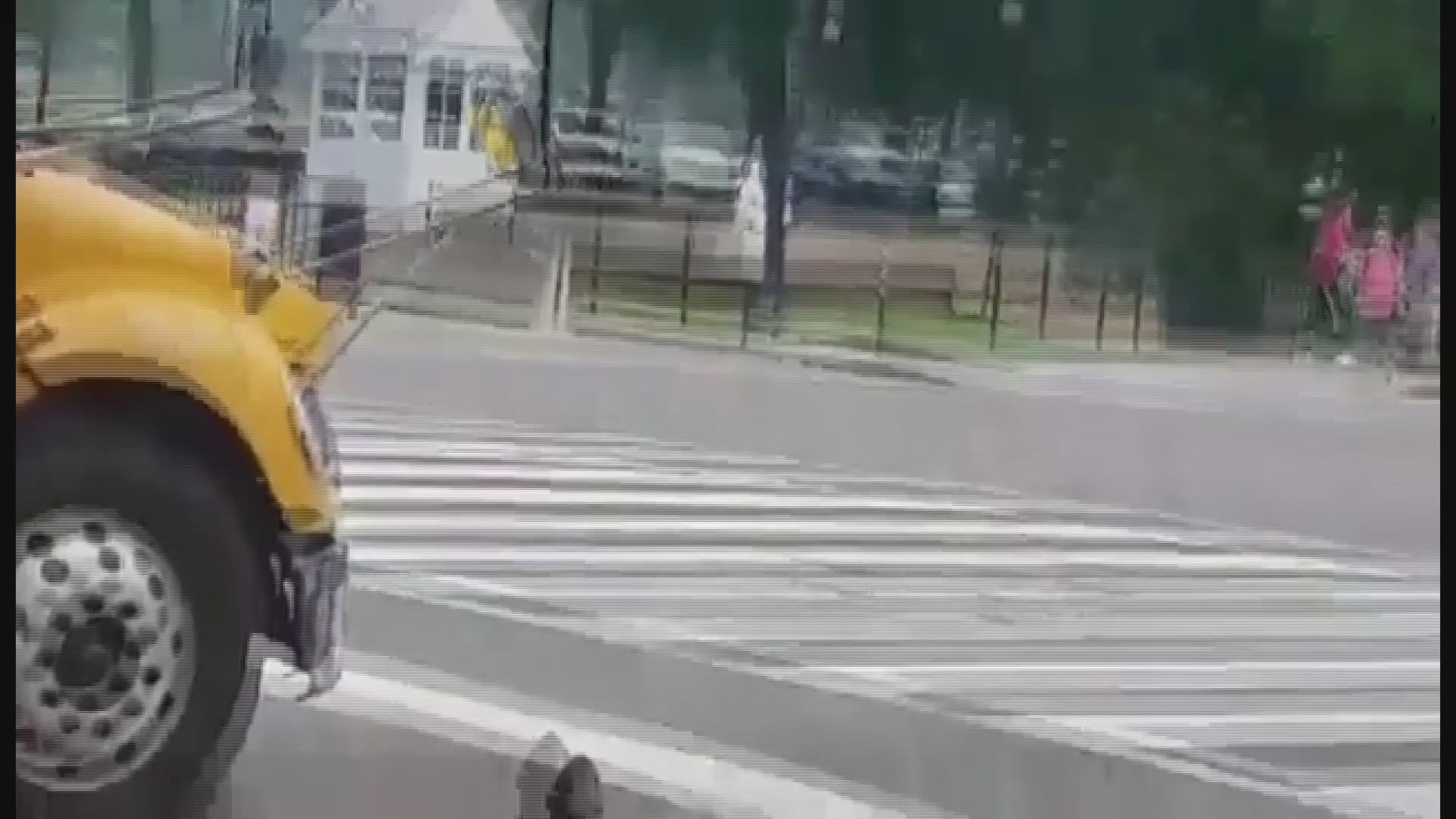 This is not the first time this has happened.

In April of this year, the Secret Service reported a man in an electric wheelchair lit his outer jacket on fire while sitting along Pennsylvania Avenue, outside the north fence line. Officials said they immediately responded and put out the fire.

In November 2004, a Yemeni national named Mohamed Alanssi set himself on fire outside a White House gate. He had worked as an FBI informant, previous reporting shows, and was upset because he could not travel to Yemen to visit his ailing wife, who had stomach cancer. He also said the FBI had not kept promises it made to him to secure his assistance. Alanssi had severe burns over 30 percent of his body, the Washington Post reported at the time.

This is a developing story and will be updated as more information becomes available. The Associated Press contributed to this report. 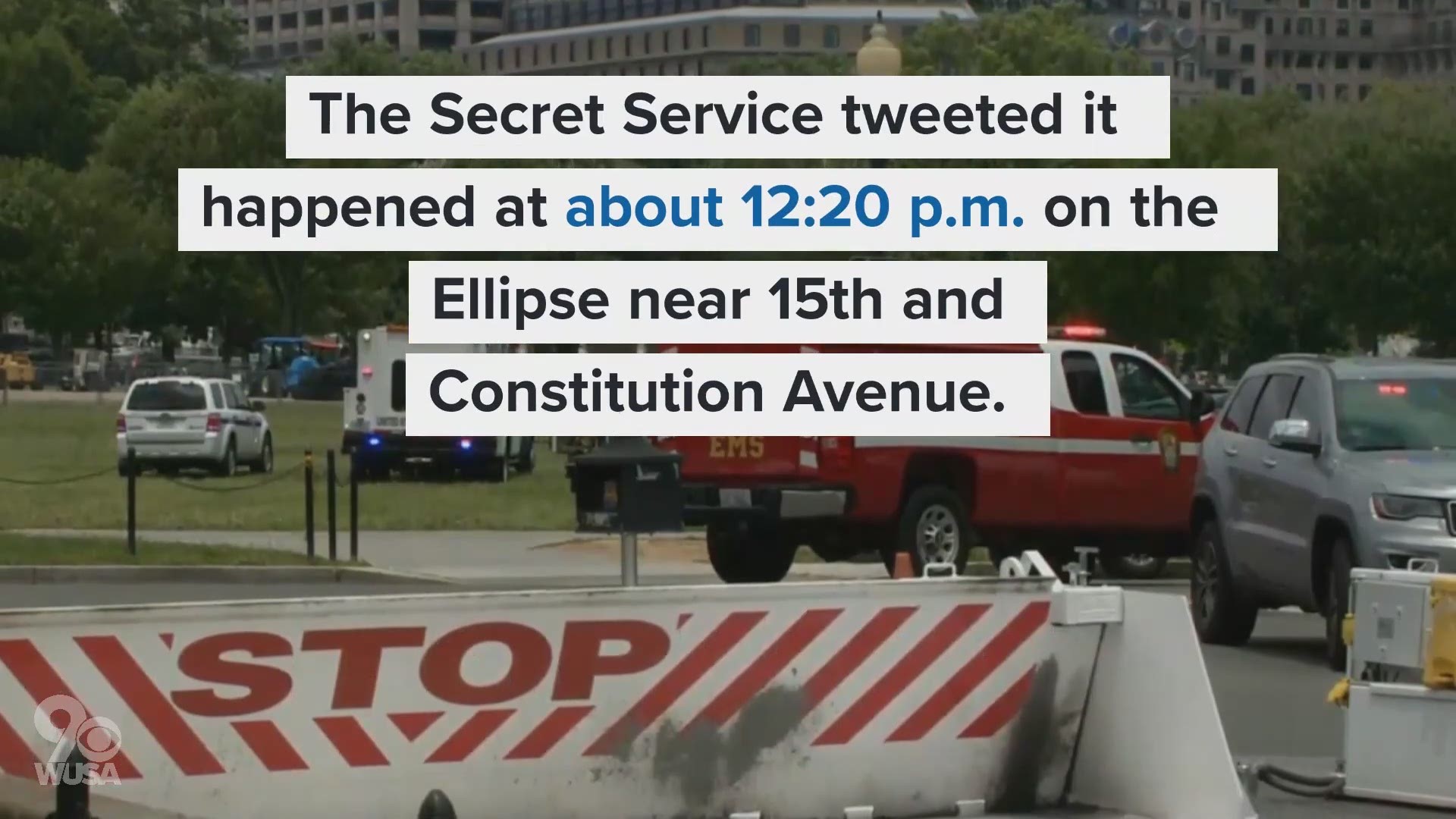