'It looks like he tried to assassinate a couple of our police officers,' Police Chief Peter Newsham says. 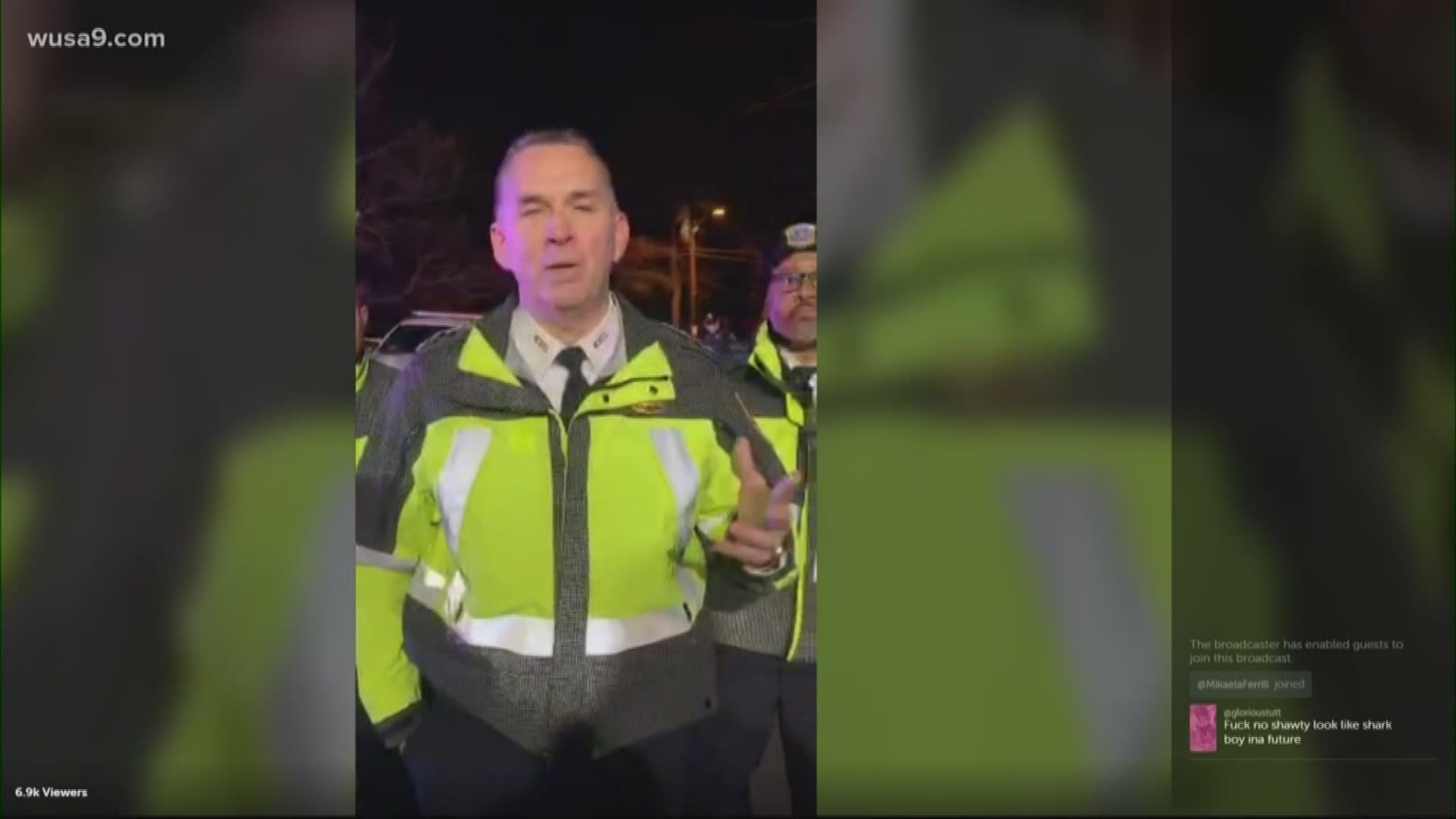 WASHINGTON — Robert Crawford was at the Heights Center strip mall in Northeast D.C. at 4 p.m. Thursday when he heard four gunshots.

"It reverberated through the windows and it was a loud shot and so everybody immediately just crouched down," Crawford said.

He said people were running for cover into nearby stores, and one man hid behind his truck.

"Whoever it was they were shooting from over here," Crawford said. "Up in the woods."

"It looks like he tried to assassinate a couple of our police officers," Newsham said.

Newsham said the officers called for backup and police tracked the suspect down in a nearby residential neighborhood. Police also recovered a gun.

"Their actions today are really heroic," Newsham said. "The actions of the officers who responded to the scene was incredibly heroic to take this guy into custody."

The strip mall is at the intersection of Taylor and Hawaii streets Northeast.  It’s down the hill from an elementary school and across the street from the Catholic University campus. Neighbor Brian Person said he was shocked.

"I’m mystified," Person said. "I mean something like that normally doesn’t happen in this area, especially in this location. You know there’s a lot of college students here and this is a residential area ... That's really unheard of."

The man police arrested is 25-year-old Delvin Pollard. Pollard is now facing charges of assault with intent to kill, assault on police officer and Unlawful possession of a firearm.