A man armed with a knife was killed Christmas Day after an officer shot him, D.C. police said. 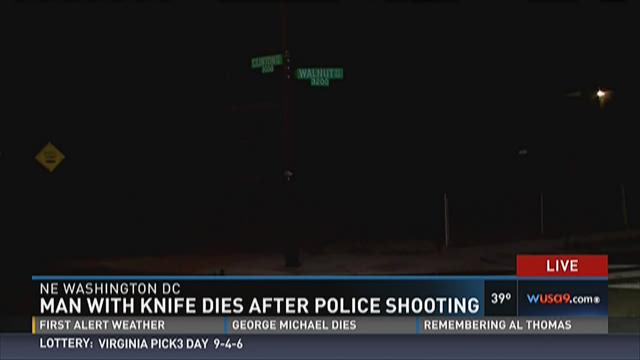 A man armed with a knife was killed Christmas Day after an officer shot him, D.C. police said.

The shooting happened around 11:30 a.m. in the 3200 block of Walnut Street, Northeast. According to police, officers were called to the area for a domestic related disturbance when they met 29-year-old Gerald Hall armed with a knife.

Police said Hall ignored the officers when they ordered him to drop the weapon. That is when police said at least one officer fired their weapon, hitting Hall. The knife was recovered at the scene, police said.

Hall was transported to the hospital with serious injuries where he later died.

Police said the officer was placed on administrative leave.

Anyone with information regarding this incident is asked to contact the Metropolitan Police Department at 202-727-9099.