Alexander Miner told agents he was on a mission from God and that he received communication from the birds and sky. 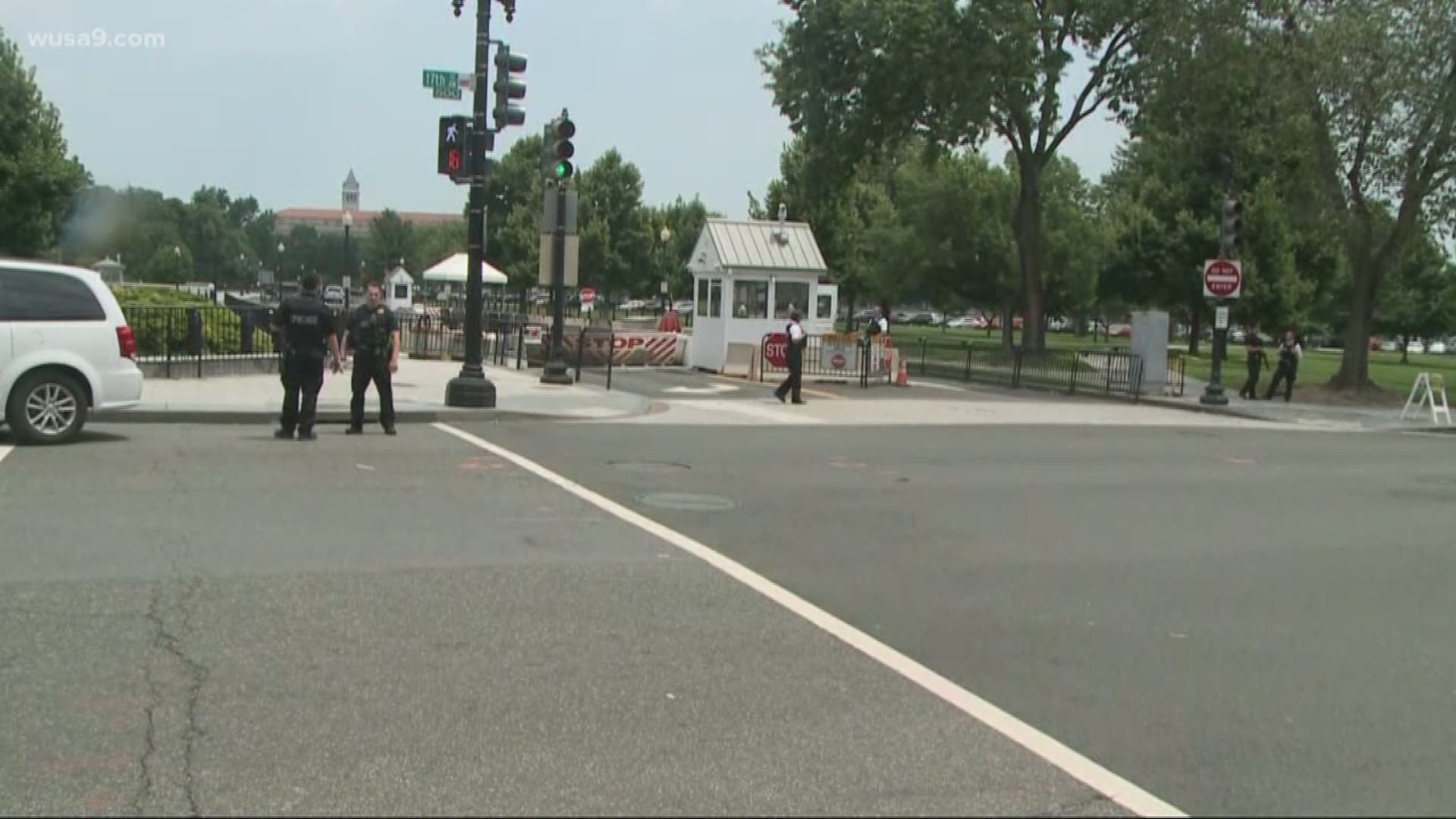 NOTE: This story contains language that some may find vulgar.

WASHINGTON - The man charged with jumping over a White House barrier said he was on a mission from God and wanted to attack Pres. Trump, but not kill him, the Secret Service reported Tuesday.

Alexander Miner was arrested Monday after going over the fence that separates the Ellipse from E. Street NW near the South Lawn of the White House.

He's been charged with entering and remaining on restricted grounds and attempted burglary. He was ordered to undergo a 30-day mental competency exam and is in the custody of the Federal Bureau of Prisons.

Miner, who’s from California, told agents he was on a mission from God and that he received communication from the birds and sky. He said God was furious, the president is the anti-Christ and Hillary Clinton and Barack Obama were child molesters, the court documents stated.

Immediately before the incident, Miner told the Secret Service he was talking with someone near the White House when that person said they didn’t believe in God and they were doing fine. Miner said he didn’t like that statement and responded by asking “Do you want to see if God is real?” That’s when he dropped his backpack and crossed over a chain fence and Jersey barrier in front of the White House, according to court documents.

Cell phone video taken of the incident and shared with WUSA9 showed agents pointing guns at Miner while he had his hands in the air. They safely took him into custody.

If he hadn’t been stopped, Miner told agents he wanted to scale the White House fence, go into the White House, make his way to the Oval Office and slap/punch Pres. Trump in the face to “make him cry like a bitch,” according to the Secret Service.

Miner also told agents he wanted to drag the president in front of a camera to let people know Trump is the anti-Christ. The court documents also state Miner didn’t want to kill Pres. Trump, but that he “needs to die.”

Over the course of his interview with the Secret Service, Miner repeatedly mentioned a woman from the Richmond, Va. area.

He said they’ve known each other for several years. She filed a police report against him on June 5, stating that over the course of an hour he sent upwards of 200 Facebook messages. The messages contained vulgar, abusive and threatening language. The woman told police they’ve never met, but have talked on and off online for years. Miner showed up at her door, but there was no reason he should know where she lives.

Miner’s father told the Secret Service that his son is a retired Marine. He said he filed a missing person’s report for Miner several weeks ago. Miner’s father was worried that his son has “gone off the deep end” and may be paranoid schizophrenic.