An ANC commissioner in Ward 5 said some elderly citizens have been waiting on medication. 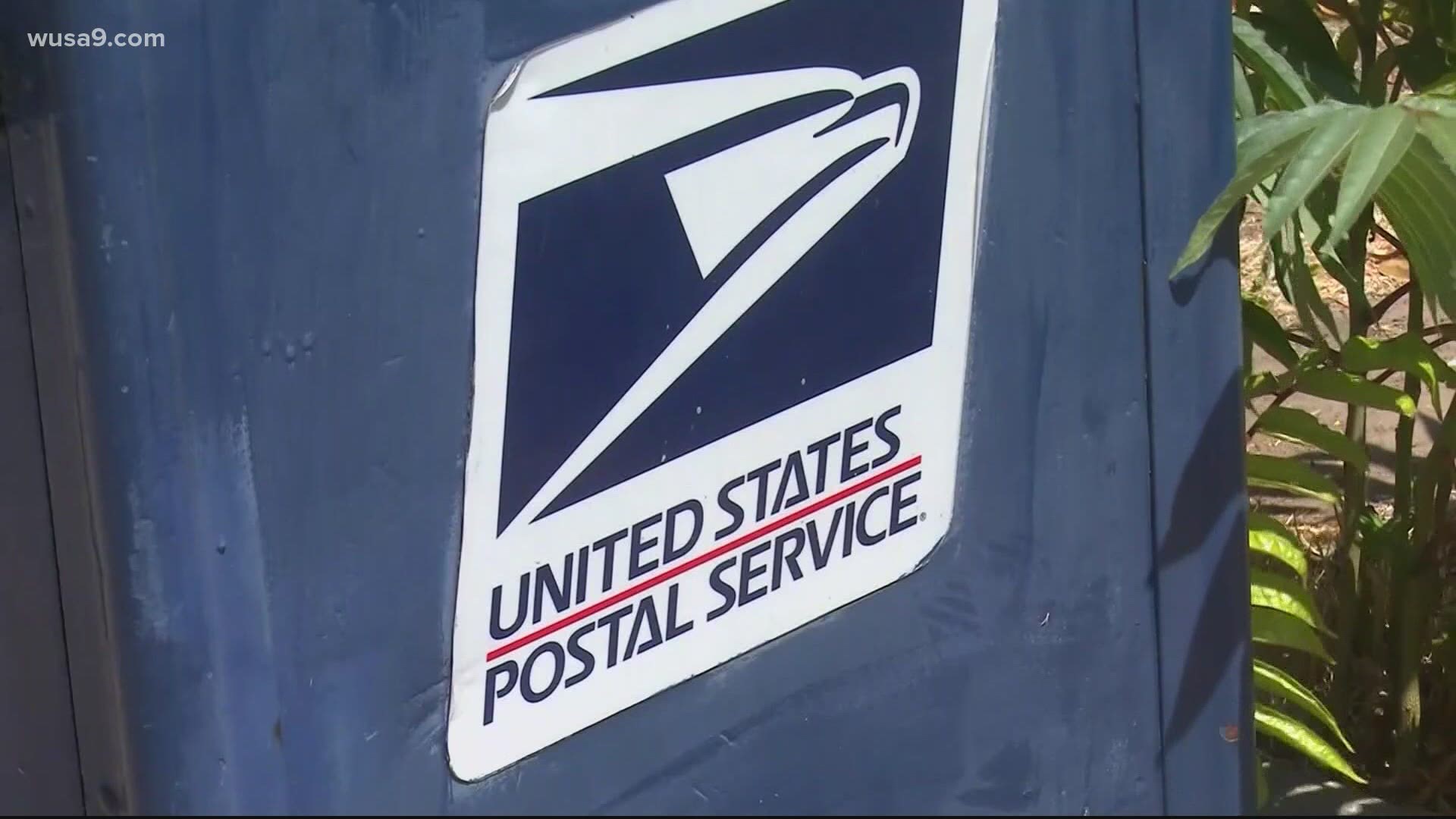 WASHINGTON — Dozens of residents in Northeast, D.C. are beyond frustrated about ongoing delays with their mail delivery.

Around 100 people who live in the Trinidad and Carver neighborhoods along 17th Street have raised concerns to Advisory Neighborhood Commissioner Latoya Moore, who serves up to 2,000 residents. Moore said they haven't received their first-class mail at least since March 22nd -- some residents report delays of more than a month.

About a handful of senior citizens have been waiting on their medication, according to Moore.

"It's critical that these seniors get the medicine that they need," Moore said. "We have so many seniors in this neighborhood that do not do electronic billing or things of that nature, so they rely on regular mail."

Sheryl Augustine, who lives in the 1700 block of L Street, told WUSA9 she's been waiting on her stimulus check among other pieces of information. She uses informed delivery and claims more than 20 pieces of mail haven't been delivered.

"It's really bad and it's unfortunate," Augustine said. "It feels like our mail is being held hostage and when you go to the post office, they tell you they don't have your mail."

Neighbors like Adam Zwerar said his mail has been reduced down to flyers and junk mail. In his words, Zwerar has "given up" and accompanied other neighbors to the post office to "tackle the issue" but with not much luck.

WUSA9 reached out to the United States Postal Service for answers, and a spokesperson sent this response:

"Barring unforeseen circumstances, all available letters and packages are delivered Monday to Saturday, and Priority Express Mail and packages on most Sundays, to every address in the city. The Postal Service recognizes that consistency is paramount to our customers. Rest assured, we take these matters seriously and encourage customers to contact us. Doing so helps us to quickly rectify service issues if they may arise. To share general concerns, complaints or compliments, customers can call our toll-free number at 800-ASK-USPS (275-8777) at any time or contact us through Twitter @USPSHelp. We also recommend customers sign up for Informed Delivery, a free feature that enables consumers to preview their mail and manage their packages scheduled to arrive soon. For more information, go to https://informeddelivery.usps.com/."

The problems come weeks after Postmaster General Louis DeJoy announced a 10-year strategic plan that could bring inconvenient changes, including longer delivery times, to mitigate an expected $160 billion in losses within the next decade.

His plan would increase the standard delivery window for first-class letters from one-to-three days to up to five days, consolidate underused post offices, shorter hours at post offices and a possible postage rate increase.

DeJoy and postal executives stressed the need to cut costs and modernize operations as the workload at USPS increasingly shifts from handling letters to hauling more packages.

USPS was already under fierce scrutiny for widespread delays ever since DeJoy took over as postmaster general last year.

A little over half of all first-class mail arrived on time in the DMV in December 2020, per data from the American Postal Workers Union.

Rates began to decrease in mid-July amid the COVID-19 pandemic, but by December, the performance rate numbers dipped to around 40%.

RELATED: Some in Congress say repealing a 15-year-old law could save the US Postal Service billions