The company's founders say they were inspired to help others after their small business was attacked. 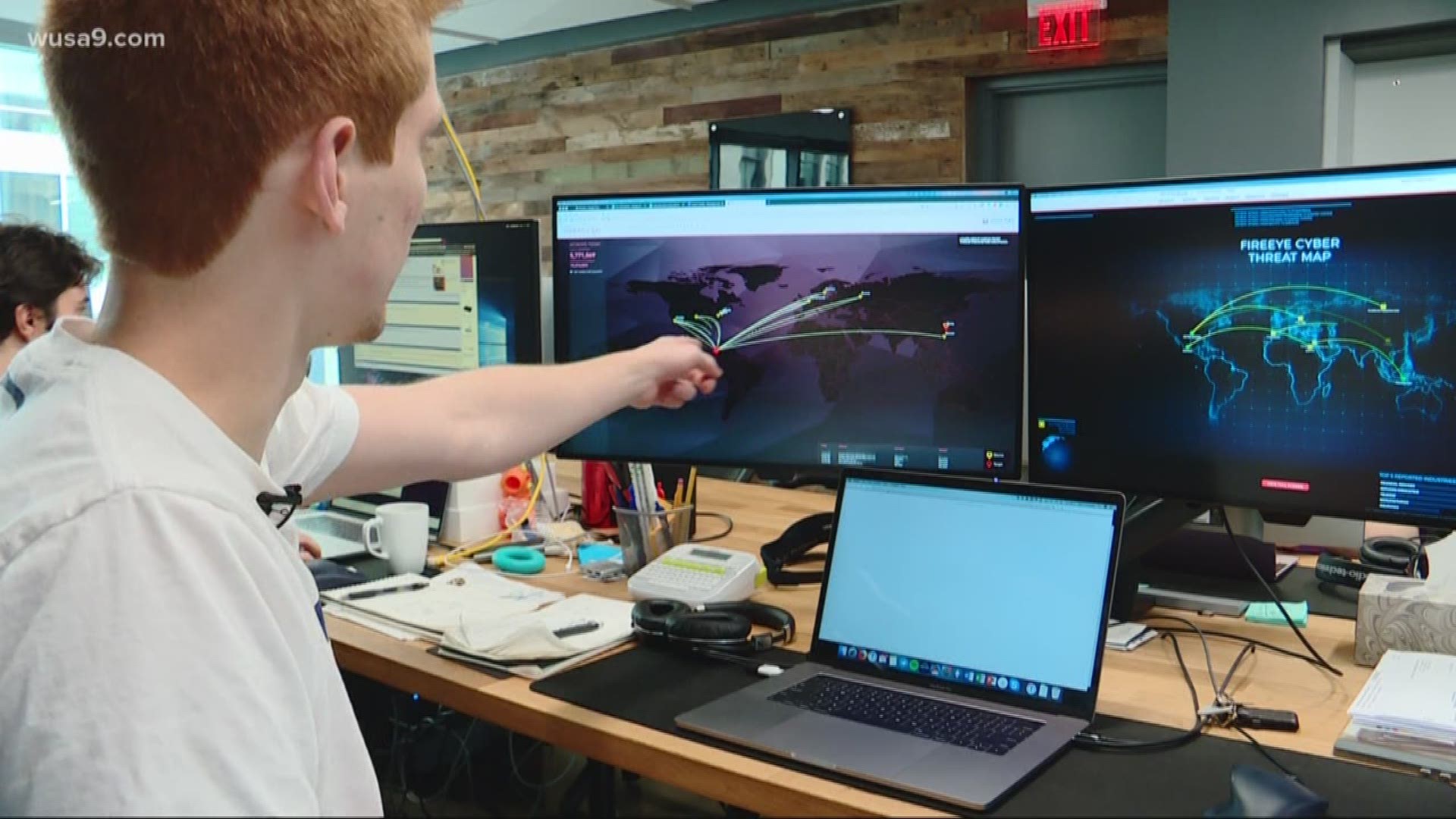 WASHINGTON — A D.C. Tech Startup wants to turn your unused bandwidth into a force for fighting hackers while you sleep or go to work.

According to Max Niebylski, CEO and Co-Founder of Tech Startup Gladius, 85% of internet sites are hit each year by Distributed Denial of Service attacks. Basically, hackers bombard a site with fake traffic until they bring it down and the cost to protect against them is expensive.

“It’s five dollars to launch an attack, but eleven thousand per minute to actually protect against one,” said Niebylski.

The threat is mighty and dispersed across the world. Gladius COO and Co-Founder Marcello McAndrew said it takes a lot of resources to fight back.

“Whoever has more bandwidth will win that attack, or defend that attack.” Said McAndrew.

The targets could be large countries and corporations, but it can also kneecap small startups. McAndrew said they were inspired to help others after their small business was attacked.

“We came up with this idea because we were experiencing DDOS attacks on our own services before we started Gladius,” McAndrew said.

So their solution was to harness the power of many: Gladius pays people for their extra bandwidth and uses it as force against cyber crime.

“You’re paying every month for bandwidth, but you’re not using it all the time- so why don’t you put it to use and start monetizing it, and save your favorite websites.”

Right now the company is in its testing phase, so people can earn a few dollars each month with the service.  In the coming year, they expect to make it possible for users to earn enough to cover their monthly internet costs.

Gladius has been financed through blockchain, with an I-C-0, or initial Coin Offering.

So far the company has offices in DC and New York, and has raised more than 20 million in funds.