Here's a look at some of the commonly-heard refrains at protests in DC. 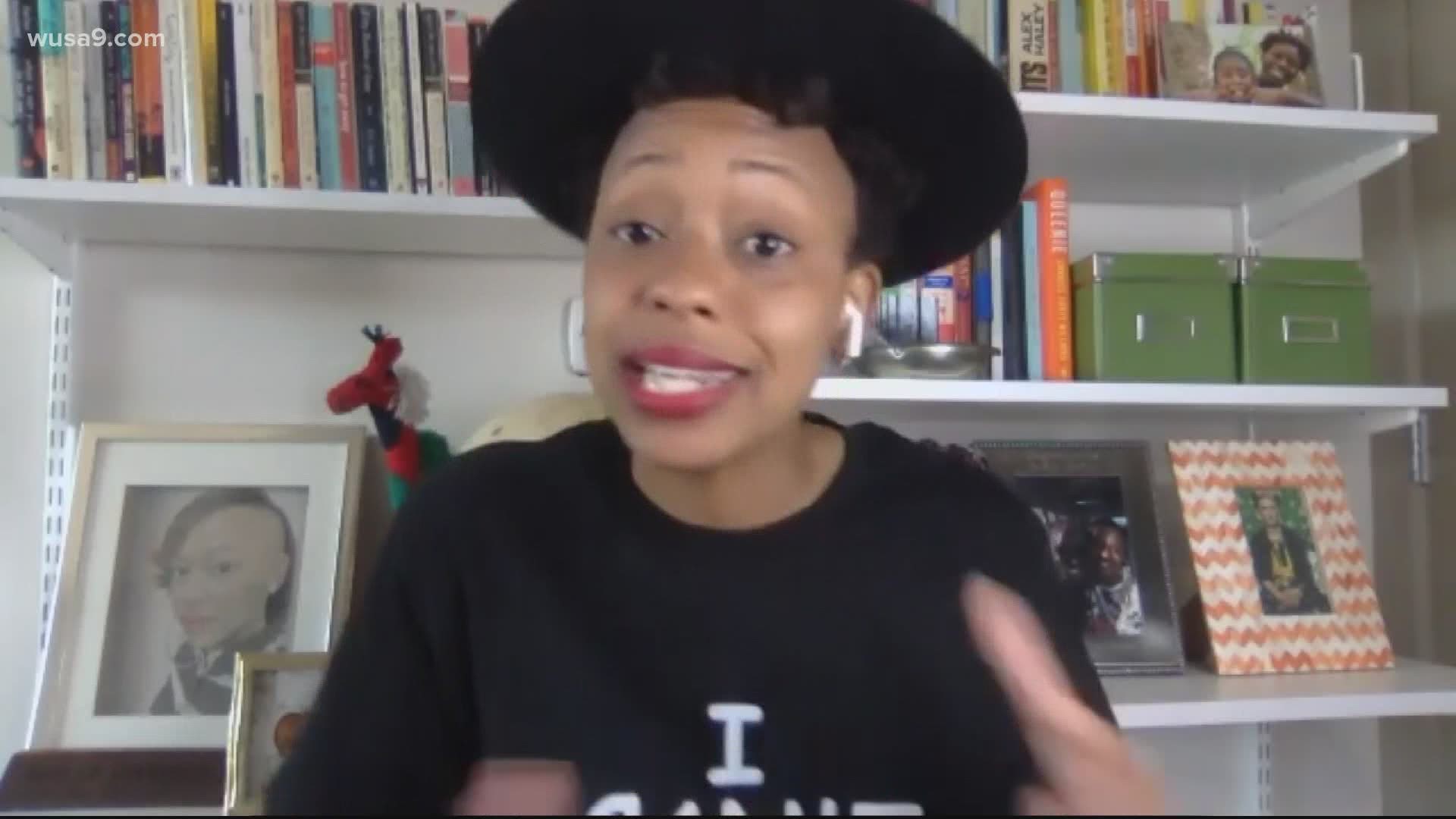 WASHINGTON — If you have attended any of the protests in the D.C. in recent weeks, it is likely you would have heard people chanting or singing to get their messages across.

LaTeal, who is an activist, educator and liberation music maker, released two social justice fight songs as thousands of people took to the streets to protest racial inequality and police brutality.

“You feel the pain, you feel the anger,” she said. “But you also feel the black joy, which I think is really important.”

LaTeal collaborated with local organizers and social justice groups and used their voices and chants to create music to contribute to the black lives matter movement.

“The whole point of using these chants and using these liberation messages with our music is to unite people – is to bring people together,” LaTeal told WUSA9.

LaTeal was raised in the DMV, has been involved in local activism for years, produced an album called ‘The Black Joy Experience,’ and created a program to inspire young girls called the Black Girls Hand Games Project.

“While this experience with George Floyd, and it is just the worst thing that can happen…this stuff is happening in DC all the time,” she said.

LaTeal said organizers in the District have been fighting for many of the issues being spotlighted in national headlines and recent protest.

“You have this close-knit connection to some of these local organizers and you’re able to reach out. You’re able to reach out, connect with them – they’re hosting events and opportunities for you to meet up, to link up, to connect all the time. It is a little different on the national side,” LaTeal described.

LaTeal said it is important for people joining their movements to support local organizations who were already in the fight the best way they can.