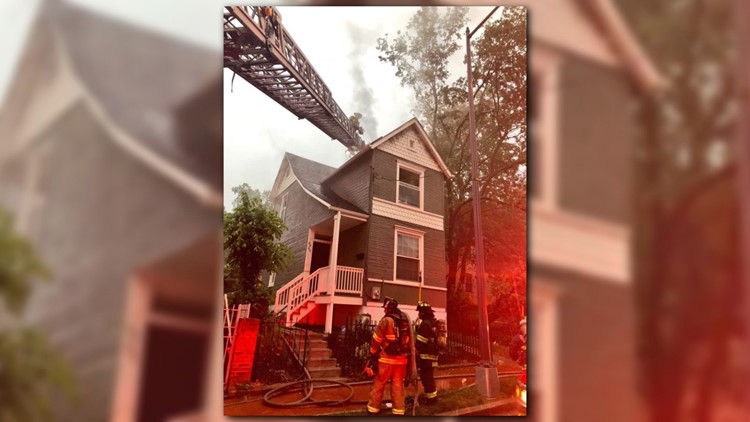 Photo by: DC Fire and EMS

Photos tweeted by D.C. Fire and EMS show smoke rising from the roof of a house in the 2000 block of 16th Street Southeast.

Another photo showed shards of a large branch dangling from a tree next to the house.

D.C. fire officials said the fire was caused by a lightning strike to the tree and attic of the home.

No one was hurt and the people living there haven’t been displaced.

The lightning happened while a line of strong storms pushed through the D.C. metro area Tuesday afternoon.