One neighbor said she watched from her front window as her RV camper flipped three times outside her house. Neighbors are working together to clean up downed trees. 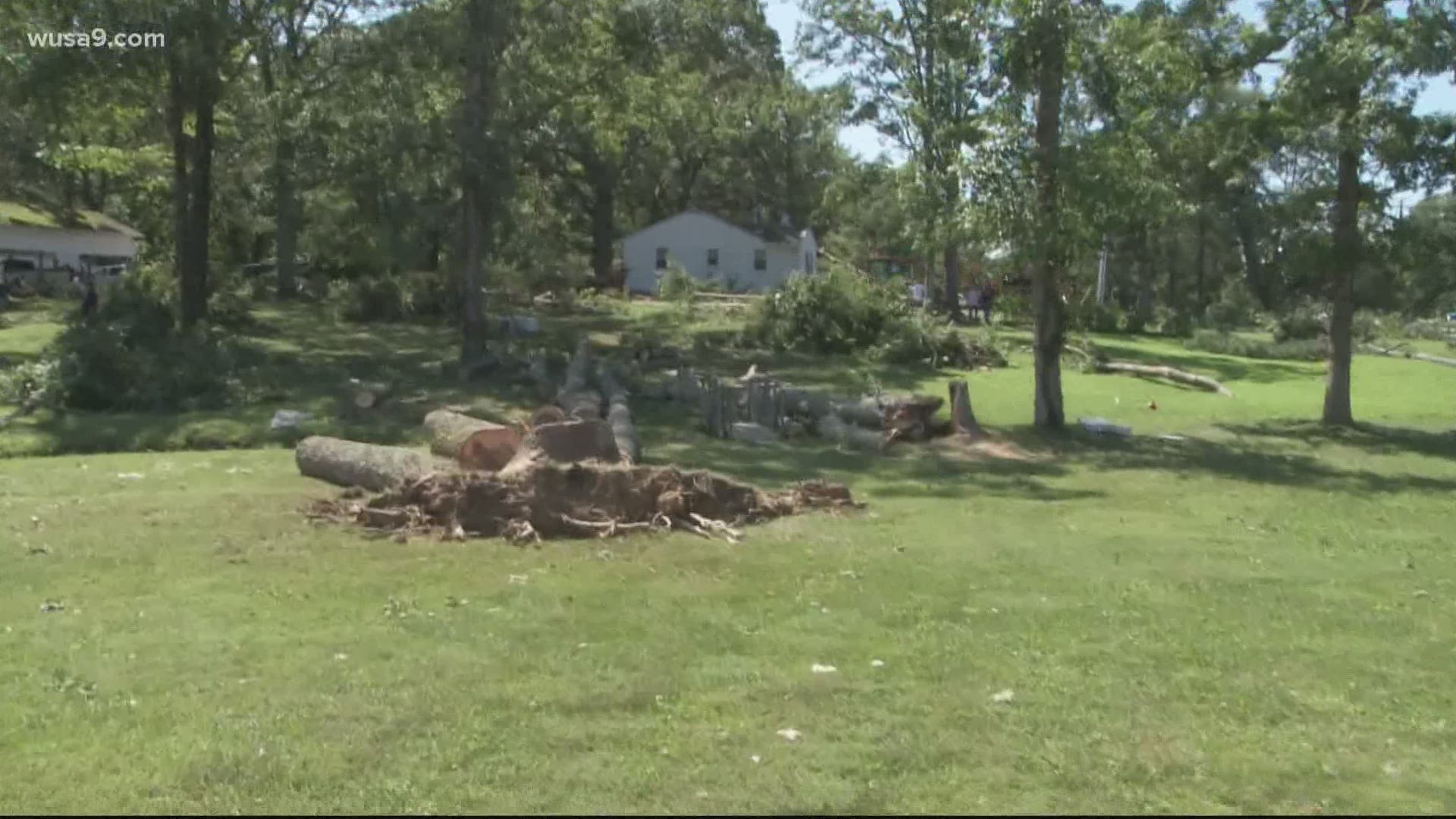 WASHINGTON — Neighbors helping neighbors was the theme Tuesday in Leonardtown, Maryland after Isaias brought tornadoes to southern counties in the state, including St. Mary's and Calvert.

The National Weather Service confirmed a tornado touched down in Leonardtown around 6:45 a.m., catching residents like Evelyn Bean off guard.

Bean, who's lived in Leonardtown for 27 years, thought the storms had passed when the tornado touched down near her home and destroyed a camper that she owns.

Just spoke with Evelyn Bean, who owns this camper. She watched it flip 3 times when a tornado hit her home in St. Mary’s County! @wusa9 #WUSA9Weather #Isaias pic.twitter.com/KTMI7BkJOM

“I thought it was safe then to kind of open up the door and look out and then all of a sudden, that’s when the strong winds came and the leaves and everything got blowing up against the house, and that’s when I saw the camper start to roll, said Bean.

Neighbors helped Bean clean up debris all day, and she said she's blessed that her family is OK. She is even keeping an optimistic attitude to the situation.

“This winter we’ll have plenty of firewood, so you know, there’s always a bright side to everything.”

Leonardtown is under a 7-day State of Emergency due to flooding and road closures that are a result of the excess water in the area.