"We know that citizens have and will continue to cross state lines to purchase illegal fireworks in Pennsylvania," Maryland's deputy fire marshall says. 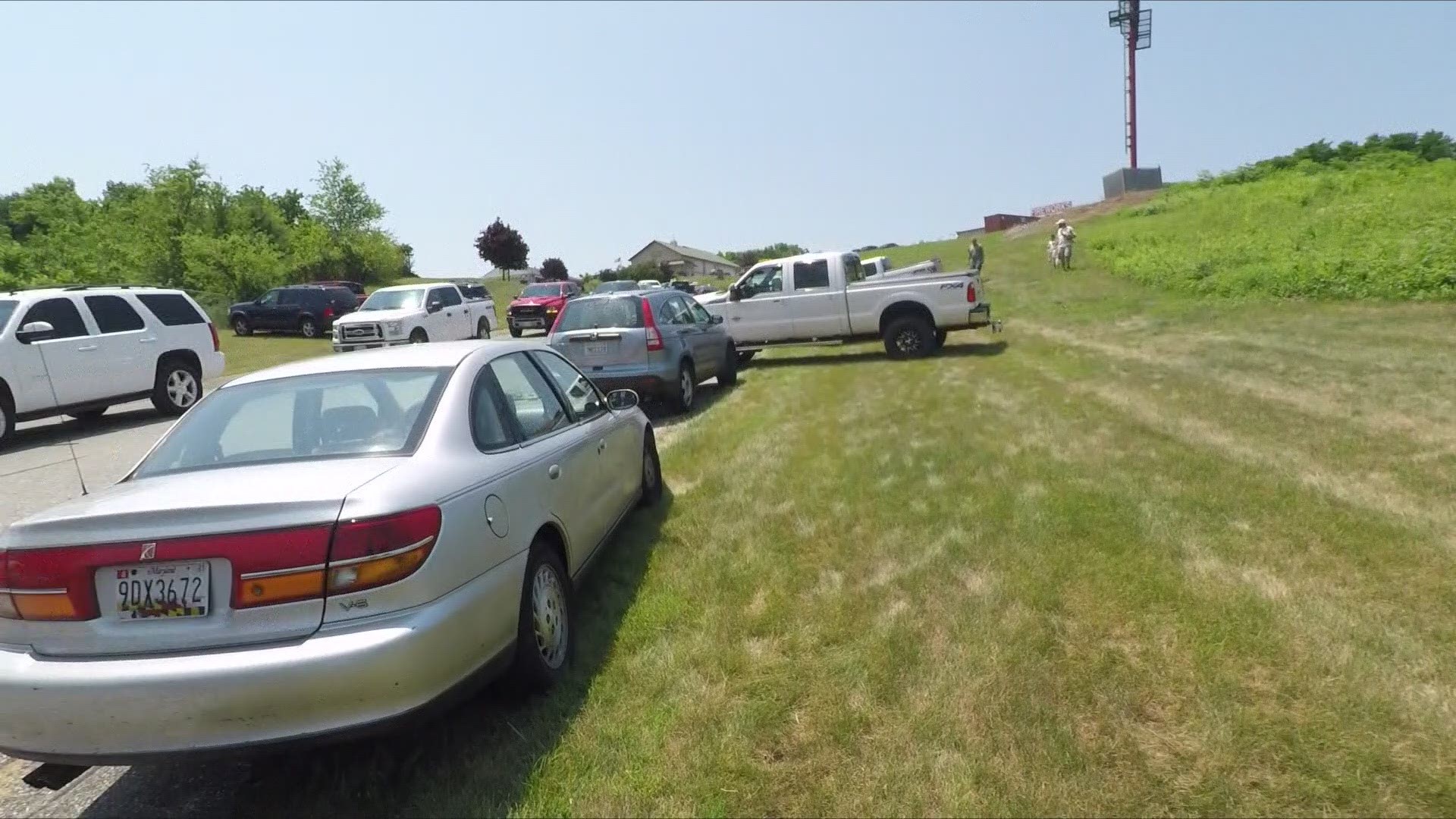 SHREWSBURY, Pa. — A spike in complaints about fireworks being possessed and set off illegally in D.C. and its nearby suburbs can be directly tied to the availability of the devices sold at superstore retailers in Pennsylvania. Fireworks are allowed by law in the Keystone state, according to Maryland's Deputy State Fire Marshal Oliver Alkire.

"We know that citizens have and will continue to cross state lines to purchase illegal fireworks in Pennsylvania," Alkire said. "It's a tax base for Pennsylvania.  We understand that."

At Sky King Fireworks in Shrewsbury, PA the Friday before July 4, crowds formed a line that snaked halfway around the warehouse, traffic backed up on nearby roads and parking was difficult to find.

"The reason for us coming to Pennsylvania is they sell things we can't get in D.C.," Jovan Wells said, while loading his car for a trip back to Petworth, in Northwest Washington.

Robert Sutton, also from the District, said he spent at least $2,000 on fireworks that he said he intends to set off Saturday evening in D.C.

Pennsylvania collects a 12% tax on retail fireworks in addition to the state's 6% sales tax, for a total of 18% that goes into state coffers.

In 2019, the state was projected to collect at least $70 million in revenue from fireworks sales.

Some superstore retailers like Phantom fireworks make a point of putting regulations from surrounding areas on their website as a guide to customers. 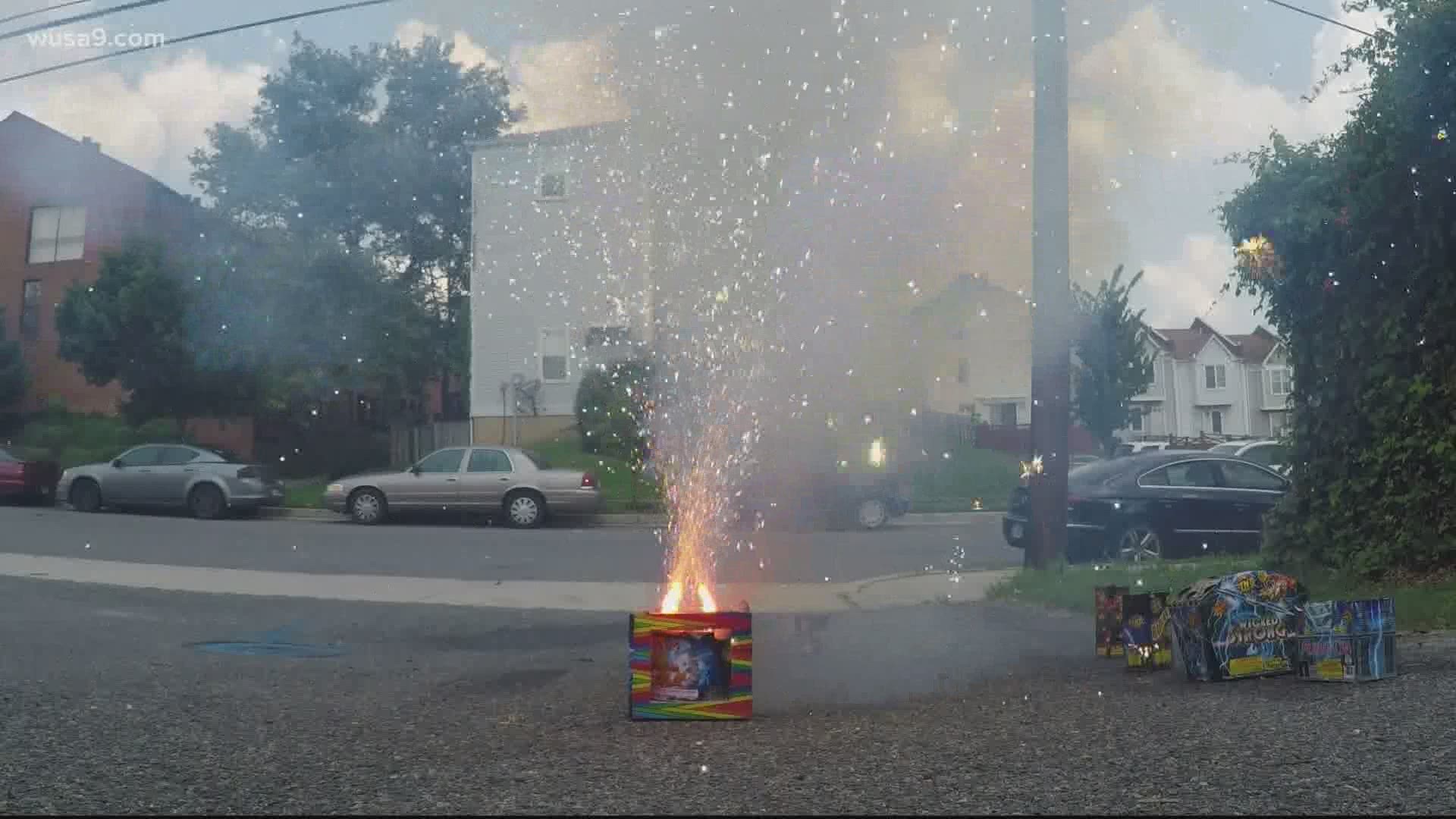 RELATED: 2 kids injured in SE DC after illegal fireworks use cause apartment explosion

Nearly every jurisdiction in the DMV has different laws on fireworks possession and use.

In Montgomery County, for instance, all fireworks are illegal to possess or discharge, including gold label sparklers. Prince George's County has also banned all fireworks, and possession and use can result in fines and jail time.

In the District, any fireworks that explode or launch projectiles are illegal. Sparklers and displays less than 2o inches are allowed.

But in 2020 the Bowser administration did not issue any permits for fireworks stands to sell legal fireworks within city limits.