Lee’s Flower Shop bombarded by callers looking for ‘The Grinch’

“My heart dropped,” the co-owner said. “I was like, 'who would think that we’re the Grinch?'” 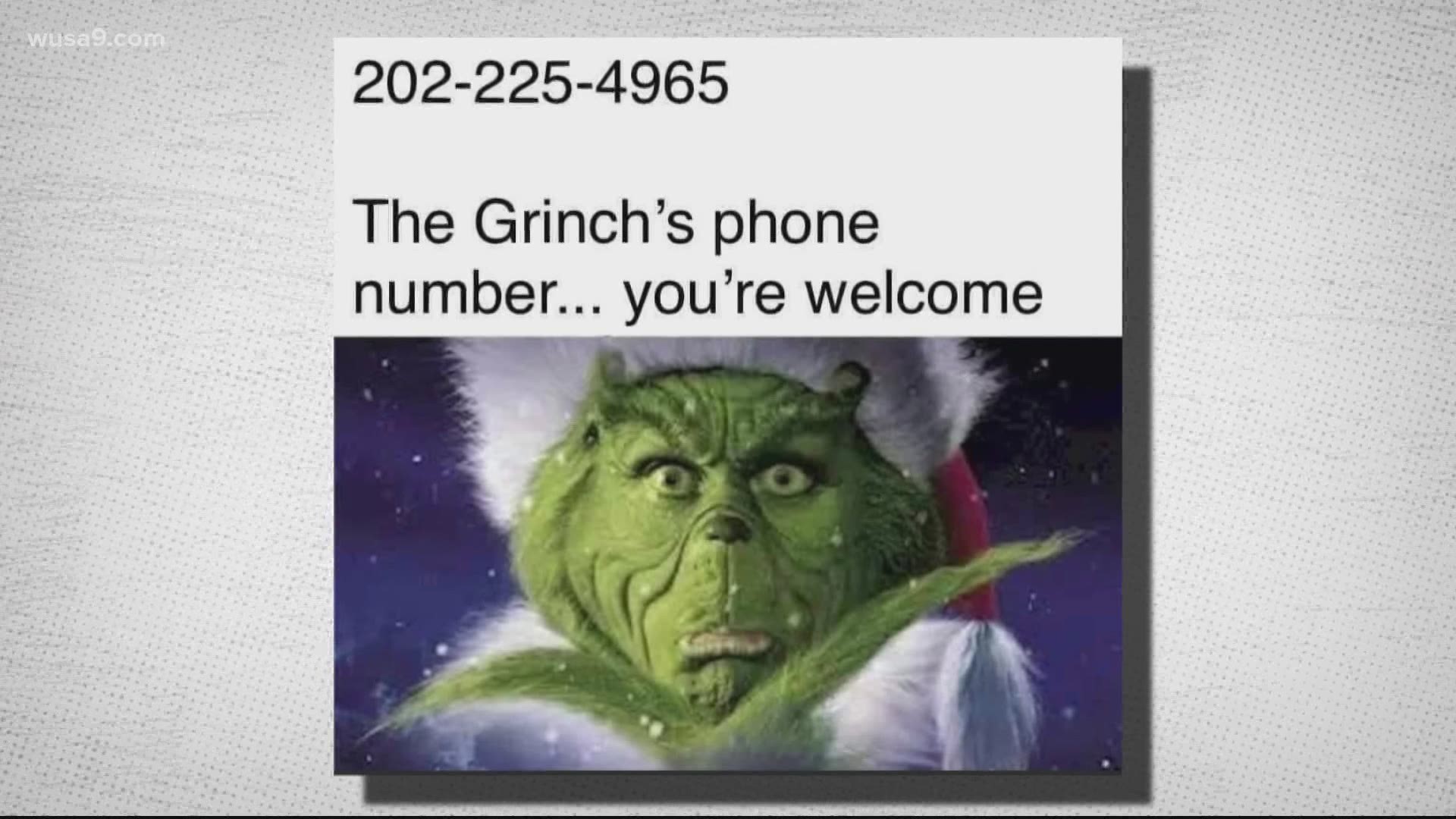 WASHINGTON — When many people think about Christmas villains, the Grinch is probably one of the first characters that come to mind.

A longtime D.C. business was shocked when its phone lines were bombarded with calls from people looking to speak with ‘The Grinch.’

Lee’s Flower Shop has been around for more than 75 years and is one of a handful of black-owned businesses on U Street that survived the 1968 riots.

Kristie Lee told WUSA9 that she and her staff have faced a bit of a nightmare over the past week.

“My staff, they were getting very anxious,” Lee said.

Since Sept. 30, Lee explained the shop is being flooded with phone calls with people trying to get in touch with, The Grinch.

“My heart dropped,” she said. “I was like, 'who would think that we’re the Grinch?'”

Lee thought the business was being targeted for some reason until one of the callers told her they got the shop’s number from a Facebook group that said, "This is the number for the Grinch."

Lee looked the claim up and found the post plastered all over social media.

She discovered the number listed was for House Speaker Nancy Pelosi’s office.

Lee said the business has gotten a few misdials in the past but has not experienced anything like this.

Blackburn, who is a member of the Republican party, is blaming Pelosi for failed agreements needed to pass a COVID-19 stimulus package.

Nancy Pelosi is the grinch who stole Christmas for the millions of Americans out of work.

Lee said it is a sigh of relief to know why the calls are being received but said she still believes they send the wrong message during the holiday season.

“When I saw it wasn’t us, I still felt bad because I don’t think anybody should be called that,” she told WUSA9.

Lee said none of the calls were threatening, but they have become a bit of a nuisance for running a business during the busy holiday season.

She said once people realize they have called the wrong number, many of them just hang up.

RELATED: The trials and triumphs of owning a Black business