According to a lawsuit filed by Attorney General Karl Racine’s office, more than 50 gas stations in the District have been participating in price gouging. 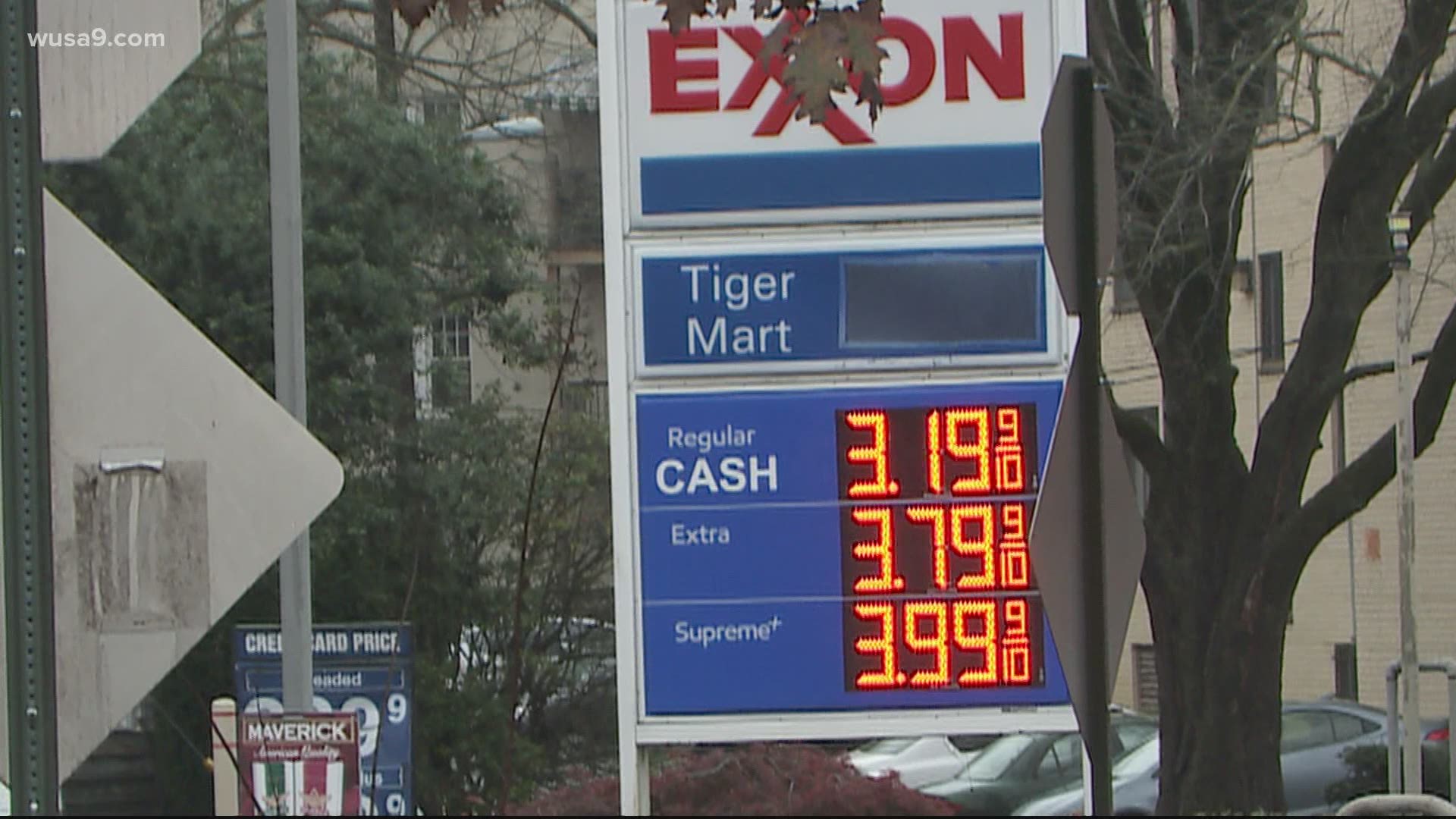 WASHINGTON — D.C. Attorney General Karl Racine filed a lawsuit Thursday against a major seller of gasoline in the District. The suit alleges that the gasoline company was engaging in price gouging throughout D.C. during the coronavirus pandemic.

The suit alleges that the Capitol Petroleum Group (CPG), a leading retailer and distributor of gasoline in D.C., doubled its profits per gallon of gas sold while the District was under a state of emergency.

"When the mayor declared the emergency in the city on March 11 and for a period of weeks, months after that date we have alleged that [Capitol Petroleum Group] engaged in conduct that violated the District price gouging statute," Ben Wiseman, director of D.C.'s Office of Consumer Protection for the Attorney General, said.

According to the District’s Office of Consumer Protection, price gouging occurs when businesses intentionally increase their profit margins during the course of an emergency. Wiseman's team conducted an investigation that led to allegations of price gouging by CPG.

According to the lawsuit CPG, acts as a direct retailer to consumers at 54 gas stations throughout the District, and as a distributor for another 14 gas stations.

The lawsuit alleges that "at the stations that which CPG sold directly to consumers that profit margin increased from about 44 cents to about 88 cents at times," doubling their profit margins.

According to Wiseman, the penalty for violations of the District's price gouging law and its consumer protection laws is $5,000 per violation.

"In this case, we're looking at potentially thousands of violations over the course of several months," Wiseman said.

WUSA9 reached out to Capitol Petroleum group for a comment but they have not yet responded.

So what’s next in the legal proceedings?

"We're entering into the discovery process in our case, and as the case proceeds the full scope of the harm caused by CPG will be borne out," Wiseman said.

If you see anything that seems unfair, or if businesses are treating you unfairly reach out to the Office of Consume Protections at 202-442-9828.