"Our community is hurting but we are not deterred." 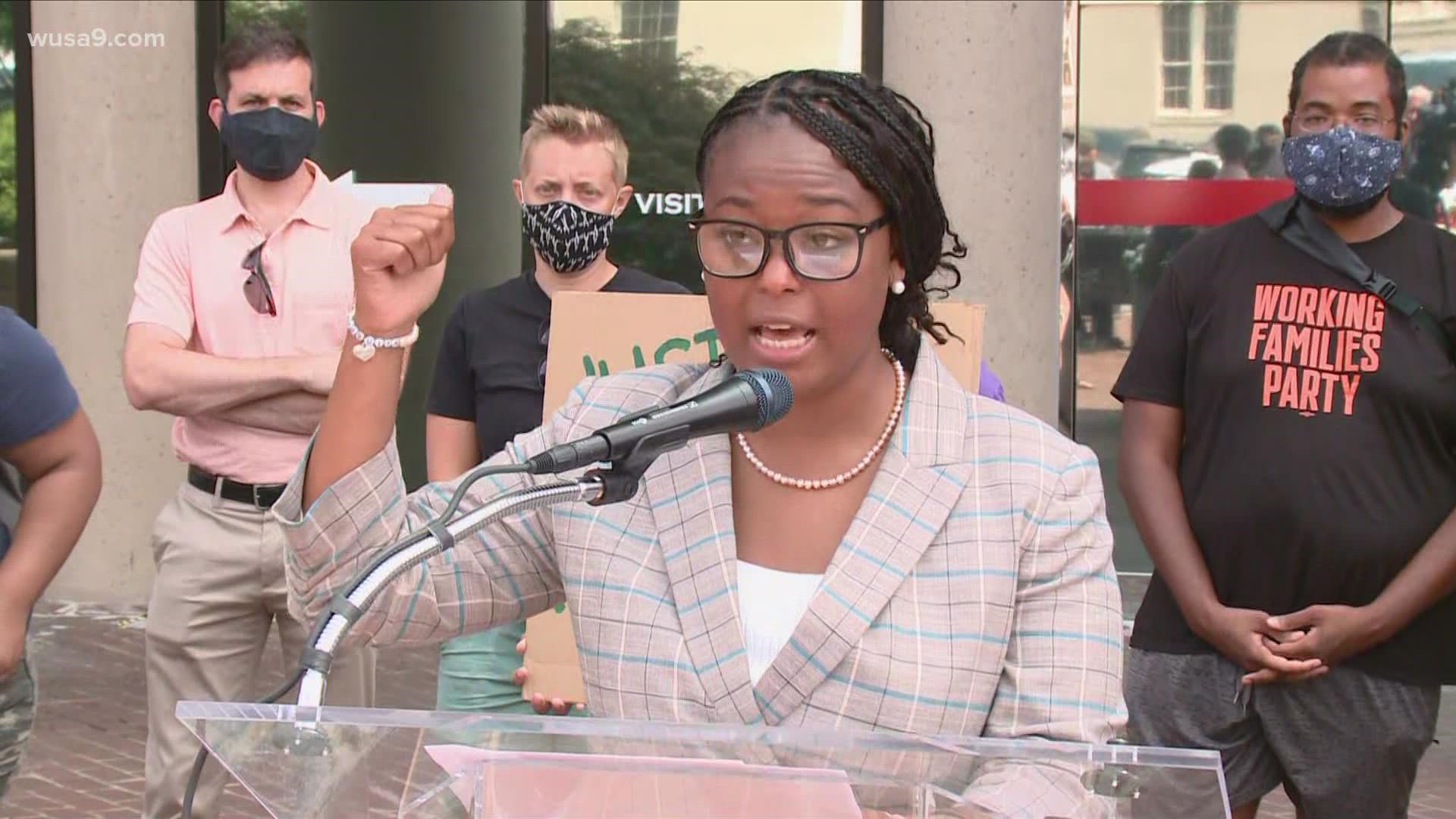 WASHINGTON — Community leaders and Ward 4 Councilmember Janeese Lewis George are calling on the U.S. Attorney's Office to bring justice to Karon Hylton's death and hold the officers involved accountable. Hylton died after he crashed a moped following an attempted traffic stop by DC Police in October 2020.

According to George, members of the community and Karon's family have been left with no answers and are wondering why the investigation is taking so long. George claims the evidence is available and authorities have access to the footage, eyewitness statements of the incident to prove that police committed a violation by chasing Karon--leading to his death.

But, officers involved in Karon's death have been placed on paid administrative leave pending a decision from the U.S. Attorney's Office, George said.

"Our community is hurting but we are not deterred," said George.

"What message are we sending when our own government doesn't care about black lives enough?" George asked. "There has to be a change and that change needs to happen now."

George blames the fact that D.C. isn't a state as one of the reasons for the delay in Karon's case. She said under current D.C legislation, many of the leaders that sit on the city's justice system board were not elected by the people. She alleges that they aren't working for the community, so there isn't any accountability.

According to George, because the investigation is still in the US Attorney's Office's hands, the Metropolitan Police Department can't investigate until they make a decision -- a process George said is delaying accountability for a grieving community.

Former Ward 4 ANC Commissioner Perry Redd, who has a relationship with Karon's family, claims that police have brutalized and terrorized young men in the community. He said he has also reached out to Chief Contee four times and alleges he was put off.

George said if the investigation is not concluded by the next legislation session, she will introduce emergency legislation to ban police officers from chasing people unless they committed a violent crime and reduce the time allotted to decide to pursue charges against officers.

WUSA9 reached out to the U.S. Attorney's Office for comment, and a spokesperson for the office released a statement.

"The investigation into Karon Hylton-Brown's tragic death is ongoing, but as with any pending matter, it would be improper to comment any further at this time," spokesperson Bill Miller said. "The U.S. Attorney’s Office is committed to thoroughly investigating police-involved deaths." 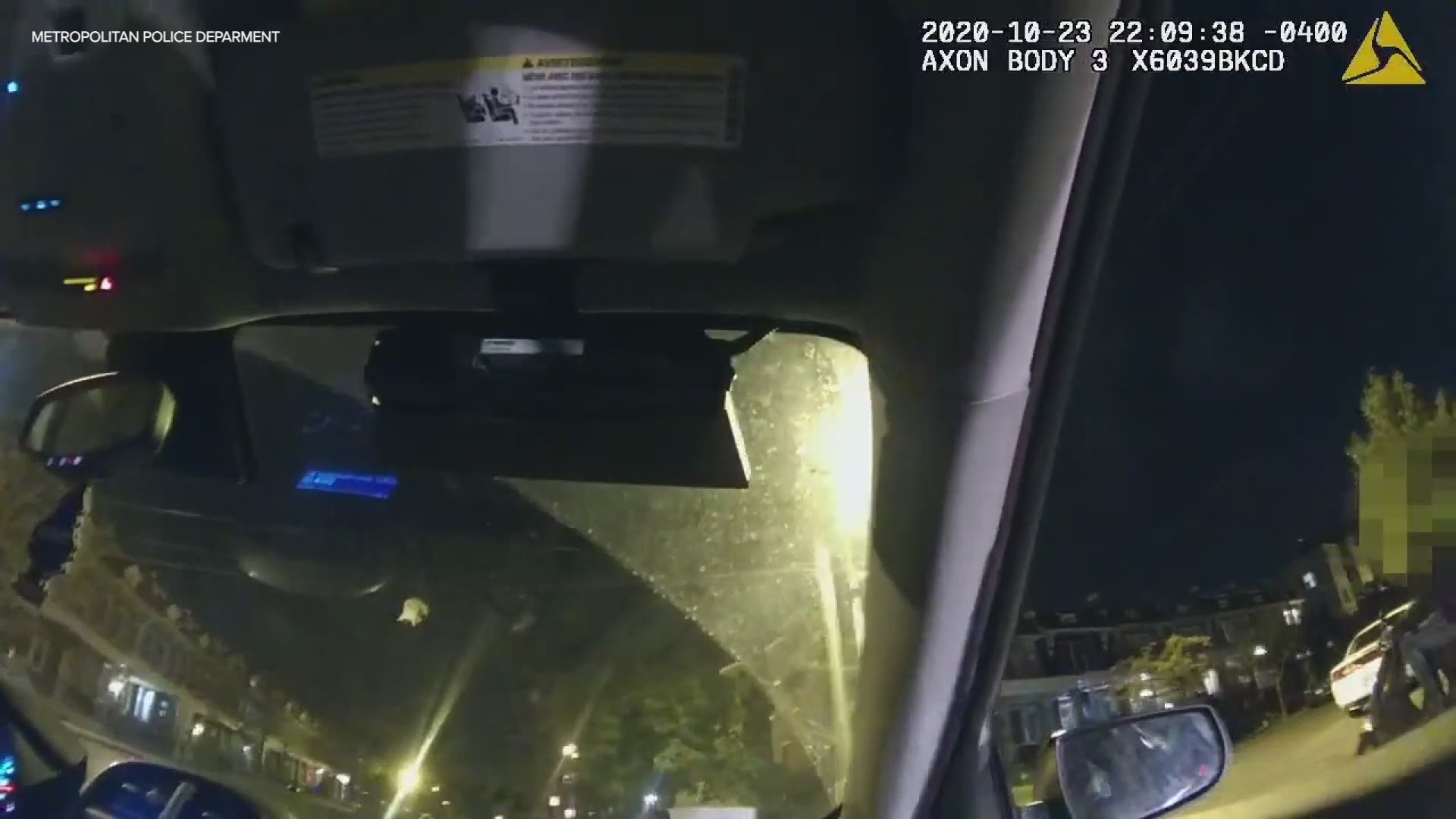 Hylton died Oct. 26, 2020, after he crashed a moped into a vehicle in the 700 block of Kennedy Street, Northwest, following an attempted traffic stop by D.C. police.

The body cam starts off from the view of the officer in the front-seat passenger side, with the MPD vehicle driving alongside Hylton riding on a Revel electric moped. Hylton pulls in front of the officer's vehicle, and the vehicle turns to follow, activating the police lights shortly thereafter.

The vehicle follows Hylton on the moped for almost two minutes, crossing streets and driving down alleys, turning the car's police lights off, on again and off once more before Hylton's moped entered into oncoming traffic on Kennedy Street, striking a van.

You can watch the first 2 minutes of the body cam released leading up to the fatal crash below. We have chosen not to show the entire video of the crash and the aftermath due to its graphic nature.

Download the WUSA9 app to get breaking news, weather, and important stories at your fingertips.