Karon Brown's friends and family get trip to Six Flags

The trip was a chance to escape the trauma of a violent summer in Southeast D.C. 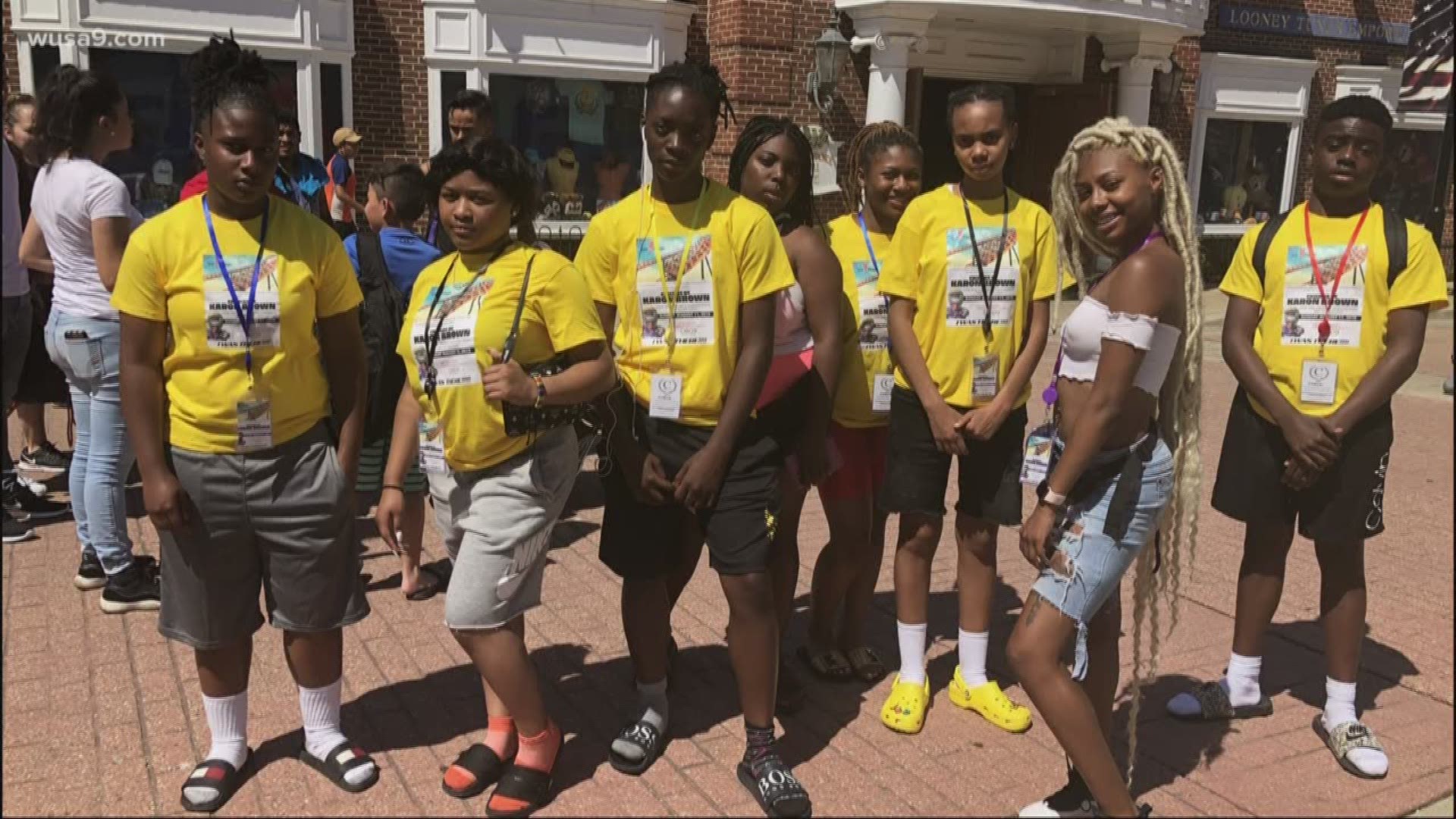 WASHINGTON — To escape the trauma of a violent summer, more than 150 people, including the friends and family of slain 11-year-old Karon Brown from Southeast, D.C., were gifted a trip to Six Flags.

India Blocker-Ford was mid-sentence when she was interrupted by the sound of gunshots in the distance and boys saying, "Oh, they’re shooting over there."

Blocker-Ford and four 12-year-old boys gathered just after 7 p.m. Tuesday for an interview in Woodland Terrace in Southeast, D.C., where kids played in bubbles and others lined up at an ice cream truck, but there was little reaction to the gunshots.

"Ducking for cover is not what we do," Blocker-Ford said. "Like, we hear it and we don't."

That's exactly why Blocker-Ford worked with Don't Mute DC and Check IT Enterprises to organize an all-expense paid trip to Six Flags recently for 140 children and 30 adults including Karon Brown's family and friends. The 11-year-old was killed in July.

"Yeah, I still think about him, but I can't keep it on my mind 'cause," Blocker-Ford's son Donnell said as he trailed off, shrugging his shoulders.

The Six Flags trip was a chance for these kids to escape from the noise and trauma of a violent summer in Southeast D.C. and just be kids.

RELATED: 1 man dead after violent night in DC, homicide count up from 2018

"I think they just wanted us to go and have fun, forget about all that," another boy said. He thought they should get their focus off the pain of losing a friend at only the age of 11.

"You have a lot of kids that are scared and are afraid, but all we can do is wrap our arms around them, watch our kids, let them know things are going to be, 'OK,' and pray for change," Blocker-Ford said.

But the mom of four is doing more than just praying for change. She's making it happen by mentoring young people in Woodland Terrace twice a week.

"We have to stop and listen and that's what I've been doing. Listening to them letting them teach me," she said.

For what it's worth, her efforts appear to be working.

"I really appreciate her," another boy said. "She makes me realize that someone does care and not just think you're out here by yourself or lonely she's someone who really cares about you."

The young people are going on a trip to FedEx Field at the end of August with an exclusive Redskins locker room experience and a chance to meet the players all paid for by their sponsor DC 09.