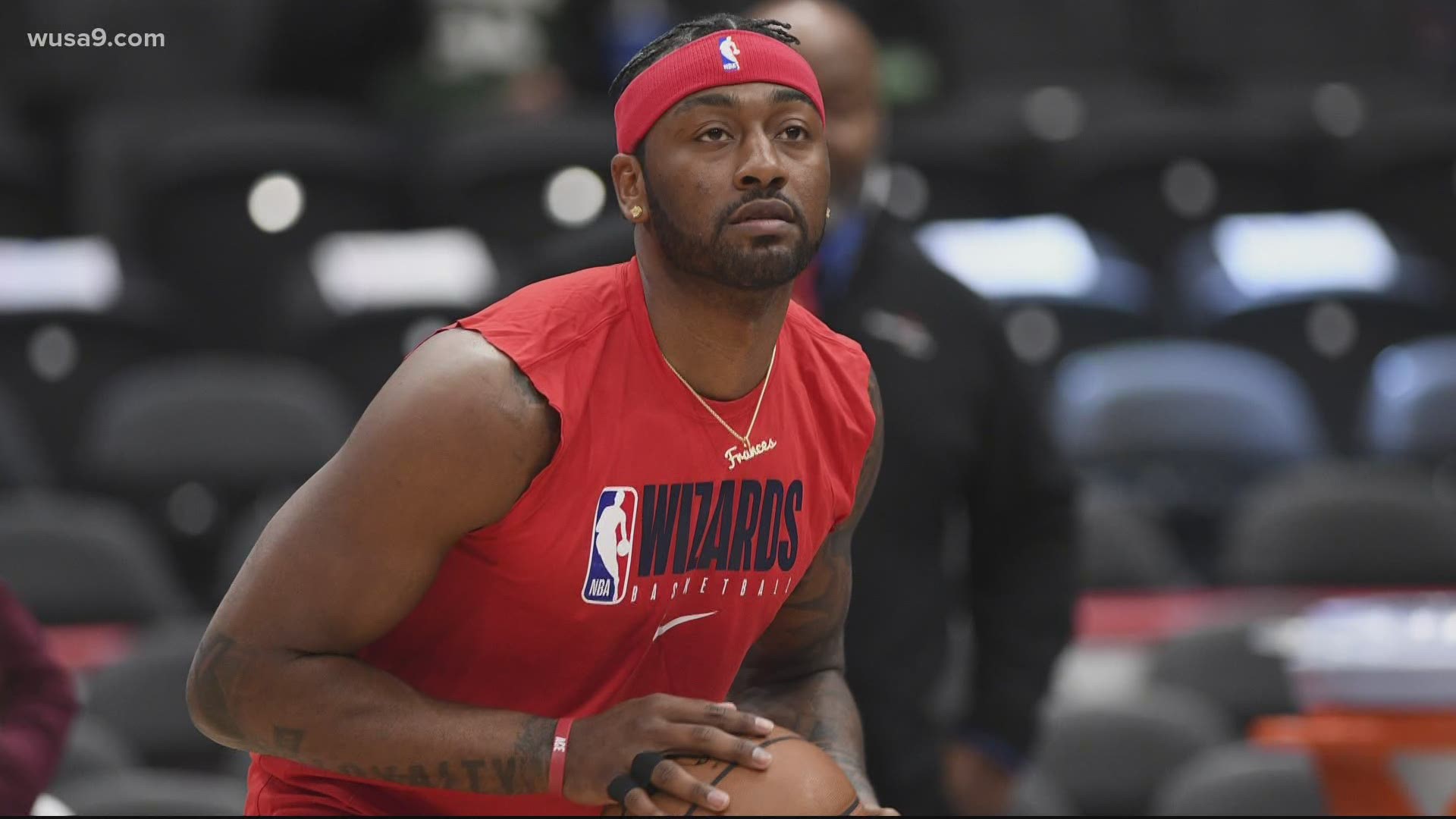 WASHINGTON — John Wall was energetic and expressive in his game against his former team the Washington Wizards on Tuesday.

Wall played 24 minutes and at times look fired up to be playing in this game against the Wizards, and his double digit scoring night gave him plenty of opportunities to do so.

Wall was traded to the Houston Rockets in return for Russell Westbrook heading to Washington to replace him on the Wizards.

The move ended a decade-long relationship between Wall and Washington, who was drafted by the team first overall in the 2010 NBA Draft.

Wall had 15 points and four assists by halftime, including a left-handed layup that came after a nifty behind the back move and put Houston up 53-45 in the second quarter. He cooled off in the third, but got going again in the fourth to put the game away in his second game back after missing five with a sore left knee.

Houston was leading by six when Wall re-entered the game with about seven minutes left. He scored five quick points before finding Victor Oladipo in the corner near the Washington bench for a 3-pointer to make it 93-79.

The Wizards called a timeout after that, and Wall yelled and jumped as he looked at the opposing bench before bounding back to the Houston side.

Wall and Westbrook were both given technical fouls soon after that when they jawed at each other as Westbrook prepared to shoot free throws after being fouled by DeMarcus Cousins.

Bradley Beal made a 3-pointer with about 3½ minutes left to trim Houston's lead to 10, but Wall hit a 3 seconds later and Cousins added two free throws to make it 99-84.

Oladipo and Eric Gordon added 20 points apiece to help the Rockets to their third straight win.

Beal scored 33 points to give him at least 25 in each of his 12 games this season, extending a franchise record. Westbrook, who spent just one season in Houston, had 19 points, 11 assists and seven rebounds.

Washington led by three with about two minutes left in the third before Houston wrapped up the quarter with a 10-2 run, including five points from Gordon, to take a 75-70 lead into the fourth.

Wizards: Were missing six players because of health and safety protocols. ... Robin Lopez had 10 points.

Rockets: Christian Wood missed his third straight game with a sprained right ankle. ... Danuel House had two points and a rebound in his return after missing four games with back spasms and seven because of health and safety protocols.