Signs were directed at President Joe Biden about utility shut-offs that have happened to people during the pandemic. 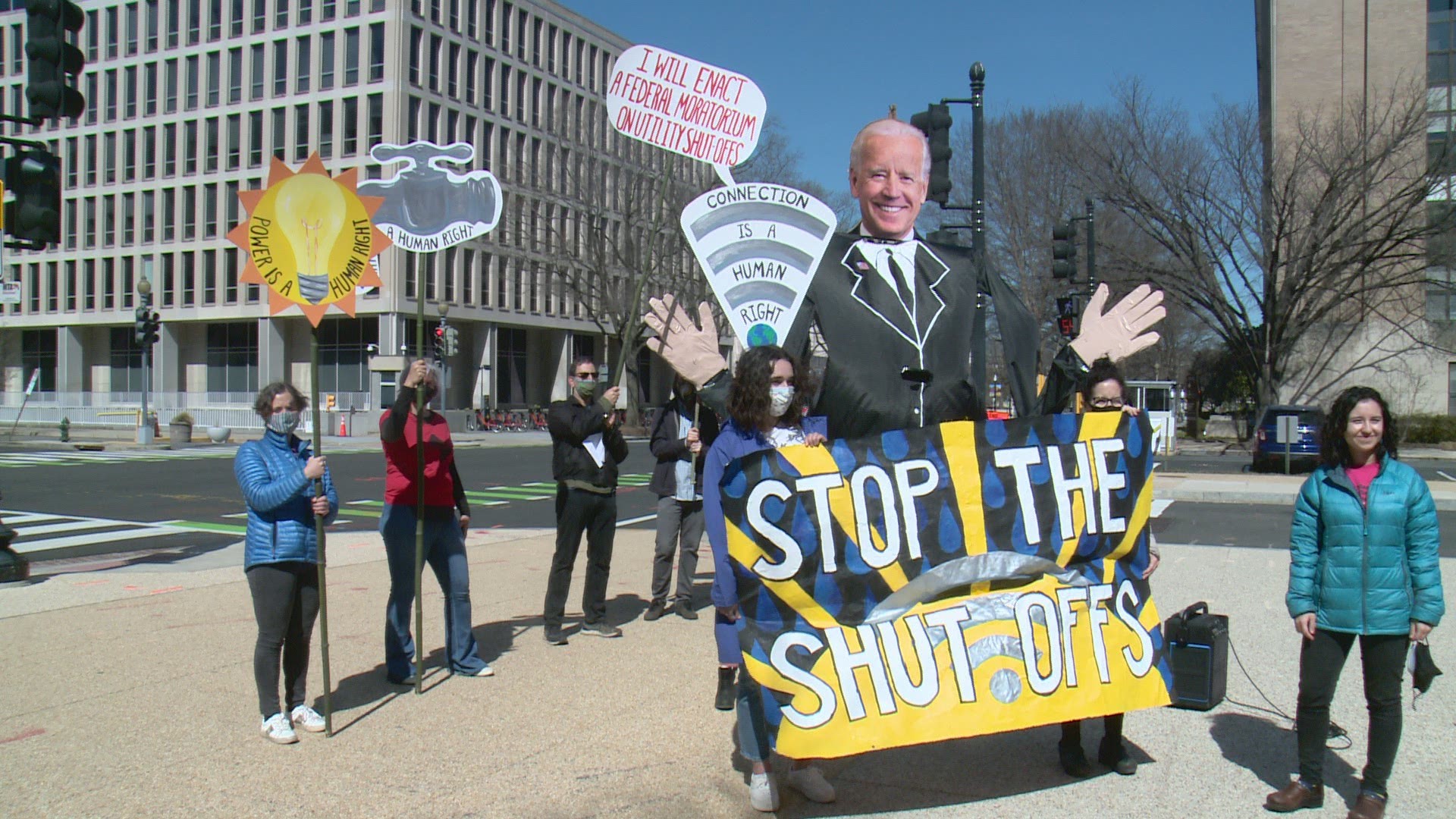 WASHINGTON — People gathered in downtown Washington DC to protests Saturday over utility shut-offs that are still happening across the United States amid a pandemic that has impact people financially.

The gathering happened outside the U.S. Department of Health and Human Services.

Saturday's demonstration comes as a local D.C. moratorium on Pepco shut-offs is about to expire. The moratorium had been in place since last year.

Signs at the protest directed messages at President Joe Biden for not establishing a national moratorium on utility costs for people who are having trouble paying the bills during the pandemic.

Recently, a federal judge in Ohio has ruled that the U.S. Centers for Disease Control and Prevention lacked the authority to issue a nationwide moratorium on rental evictions, the second such ruling issued by a federal judge in two weeks.

U.S. District Judge J. Philip Calabrese, sitting in Cleveland, ruled Wednesday that the CDC went beyond what the federal Public Health Service Act allows it to do in ordering a halt to evictions. However, he did not grant an injunction that would have stopped the agency from enforcing the moratorium.

The ruling comes two weeks after U.S. District Judge J. Campbell Barker in the Eastern District of Texas determined that the moratorium was unconstitutional. The Justice Department is appealing that order.