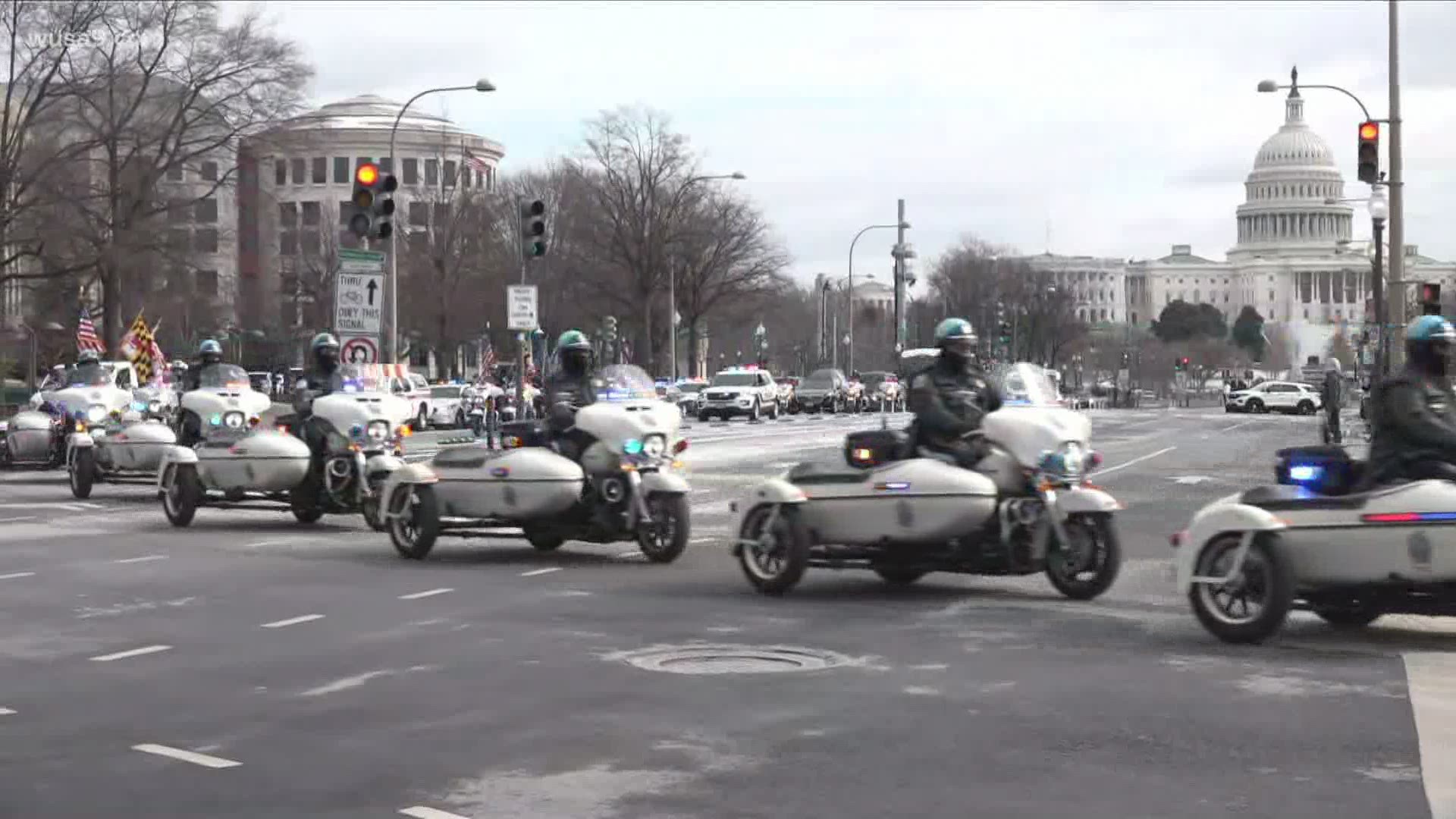 WASHINGTON — Members of Congress paid their last respects Wednesday morning to slain Capitol Police Officer Brian Sicknick as he laid in honor in the U.S. Capitol.

A congressional tribute ceremony took place at 10:30 a.m. before Officer Sicknick was escorted to Arlington National Cemetery at 11:45 a.m.

Sicknick laid in honor Tuesday night in the U.S. Capitol, allowing his colleagues and the lawmakers he protected to pay their respects and to remember the violent attack on Congress that took his life.

Sicknick died after defending the Capitol on Jan. 6 against the mob that stormed the building and interrupted the electoral count after then-President Donald Trump urged supporters on the National Mall to “fight like hell” to overturn his defeat. The U.S. Capitol Police said in a statement that Sicknick, who died the next day, was injured “while physically engaging with protesters,” though a final cause of death has not yet been determined.

President Joe Biden traveled to the Capitol to pay tribute to Sicknick shortly after the ceremony began Tuesday night, briefly placing his hand on the urn in the center of the Capitol Rotunda, saying a prayer and sadly shaking his head as he observed a memorial wreath nearby. House Speaker Nancy Pelosi, Senate Majority Leader Chuck Schumer and a handful of other congressional leaders also paid their respects.

Credit: WUSA9
Capitol Police Officer Brian Sicknick, who died after being injured responding to the Capitol riot on January 6.

The arrival of Sicknick's remains at 9:30 p.m. was solemn, with dozens of Capitol Police standing at attention as his urn was carried up the Capitol steps. There was a viewing period for Capitol Police overnight, and lawmakers were to pay tribute at a ceremony Wednesday morning. A ceremonial departure for Arlington National Cemetery was planned later in the day.

Members of Congress remain shaken by the attack and are grappling with what it means not only for the future of the country, but for their own security as elected representatives. While lawmakers were united in denouncing the riots, and Trump’s role in them, the parties are now largely split on how to move forward.

House Democrats impeached Trump a week after the attack, sending a charge of “incitement of insurrection” to the Senate, where Republicans are unlikely to provide the votes necessary to convict him. At the same time, the building has been cut off from the public, surrounded by large metal fences and defended by the National Guard.

Sicknick, 42, of South River, New Jersey, enlisted in the National Guard six months after graduating high school in 1997, then deployed to Saudi Arabia and later Kyrgyzstan. He joined the Capitol Police in 2008. Like many Capitol Police officers, he often worked security in the Capitol itself and was known to lawmakers, staff and others who passed through the building’s doors each morning.

Credit: AP
An honor guard carries an urn with the cremated remains of U.S. Capitol Police officer Brian Sicknick and a folded American flag up the steps of the U.S Capitol to lie in honor in the Rotunda, Tuesday, Feb. 2, 2021, in Washington. (Jim Lo Scalzo/Pool photo via AP)

There are still questions about his death, which was one of five as a result of the rioting. As the mob forced its way in, Sicknick was hit in the head with a fire extinguisher, two law enforcement officials said. He collapsed later on, was hospitalized and died. The officials could not discuss the ongoing investigation publicly and spoke to The Associated Press on condition of anonymity.

Investigators are also examining whether he may have ingested a chemical substance during the riot that may have contributed to his death, the officials said.

House Speaker Nancy Pelosi and Senate Majority Leader Chuck Schumer announced last week that Sicknick would lie in honor, which is reserved for a select few. In a joint statement, they said his heroism “helped save lives, defend the temple of our democracy and ensure that the Congress was not diverted from our duty to the Constitution.” 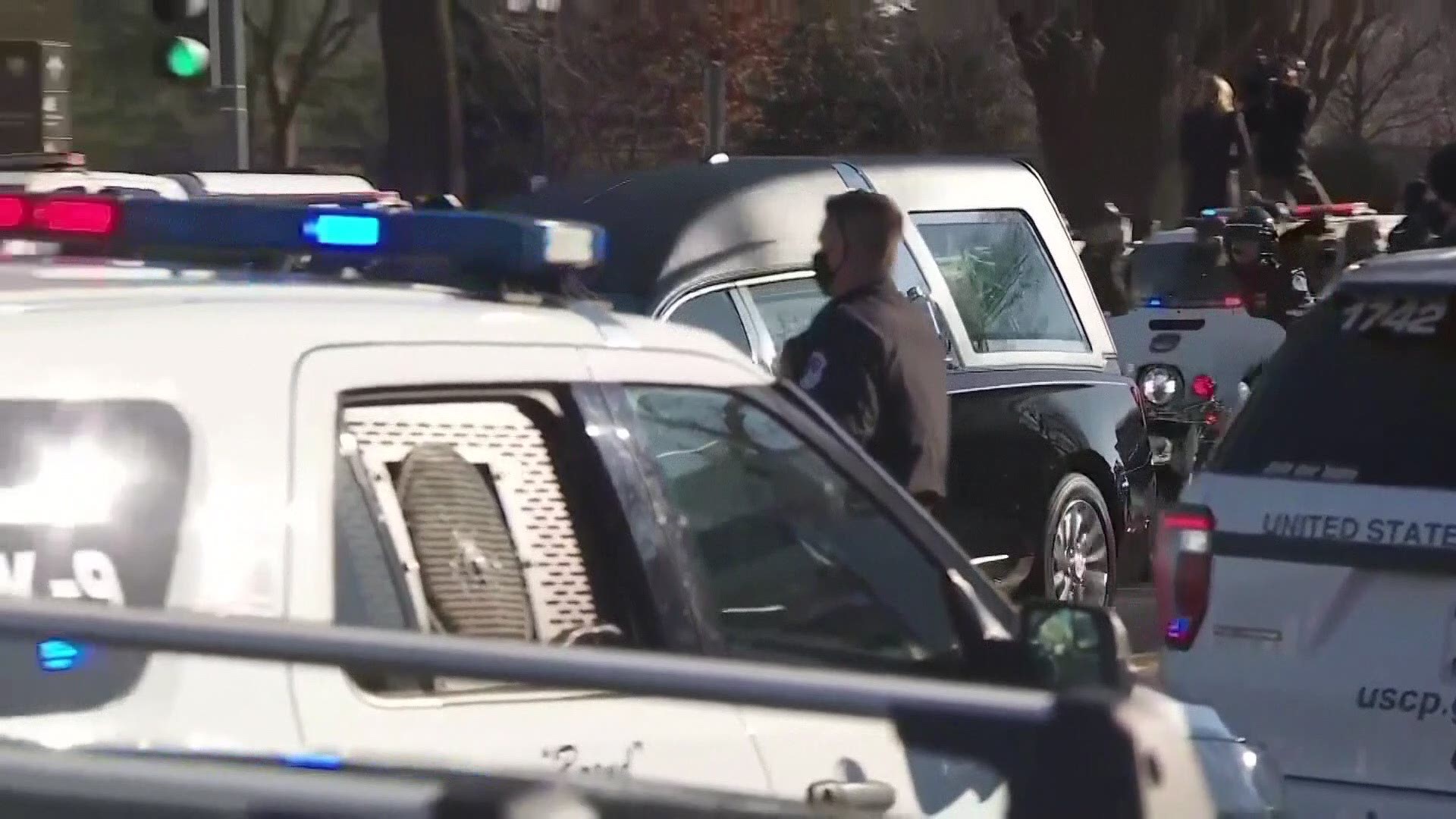 His sacrifice, they said, “reminds us every day of our obligation to our country and to the people we serve.”

Pelosi said in a letter to colleagues on Tuesday that the Capitol Police “demonstrated extraordinary valor” on Jan. 6 and urged members to pay their respects. She has also encouraged members to take advantage of trauma resources available to congressional employees.

She said protecting the Capitol and the lawmakers who work there is a “highest priority” and that there will be a need for extra money to do so. During the assault, many of the insurrectionists called out for members, including Pelosi. They also targeted Vice President Mike Pence, who was in the building to preside over the electoral count.

“The insurrectionist attack on January 6 was not only an attack on the Capitol, but was a traumatic assault targeting Members,” she said.

Sicknick is only the fifth person to lie in honor in the Capitol Rotunda, a designation for those who are not elected officials, judges or military leaders. The others who have lain in honor were John Gibson and Jacob Chestnut, Jr., two officers who were killed in a 1998 shooting at the Capitol; civil rights leader Rosa Parks, who died in 2005; and the Rev. Billy Graham, who died in 2018. 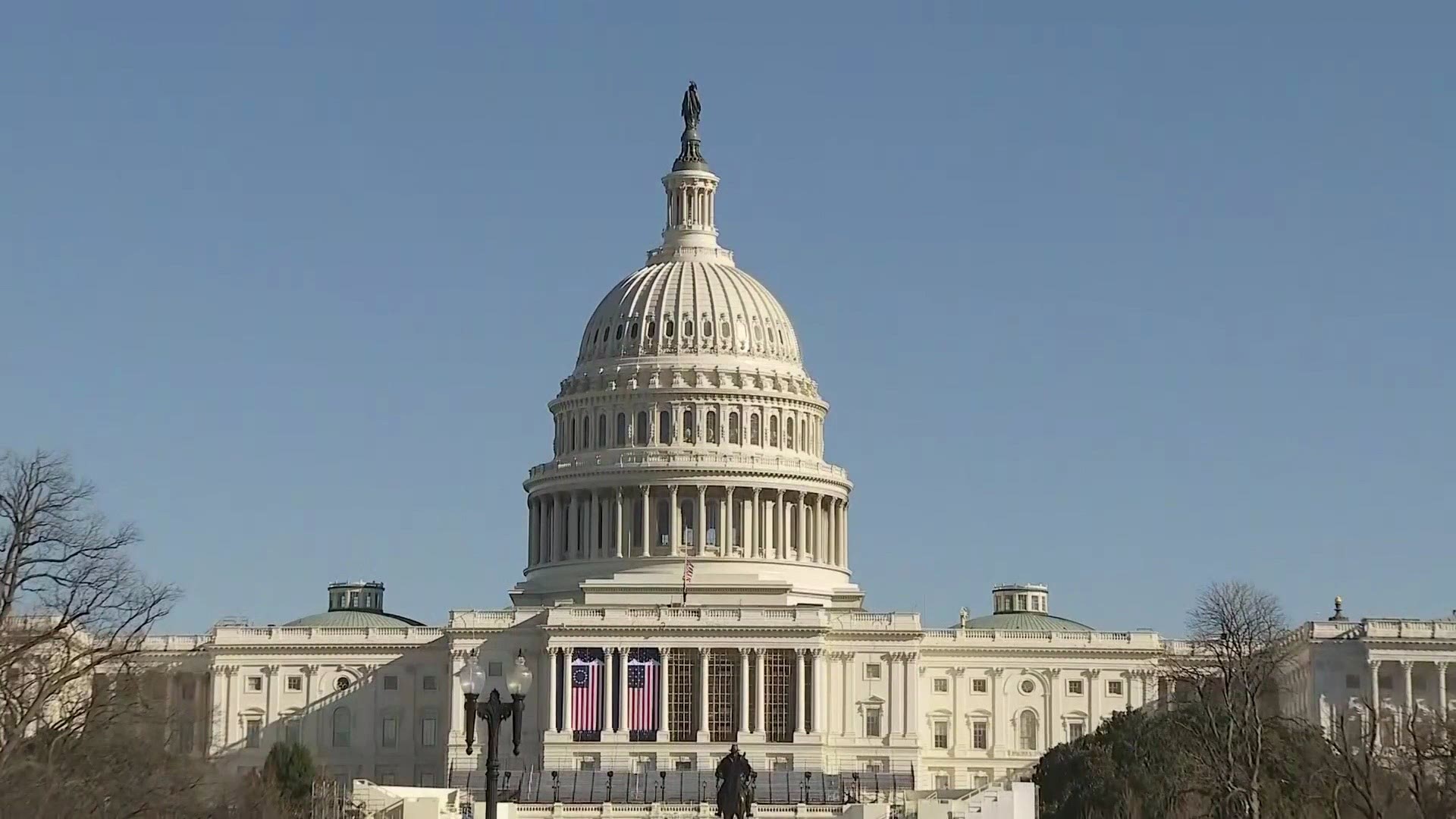