Evans made the announcement in a letter sent to the Council on Tuesday. He is expected to step down on Jan. 17. 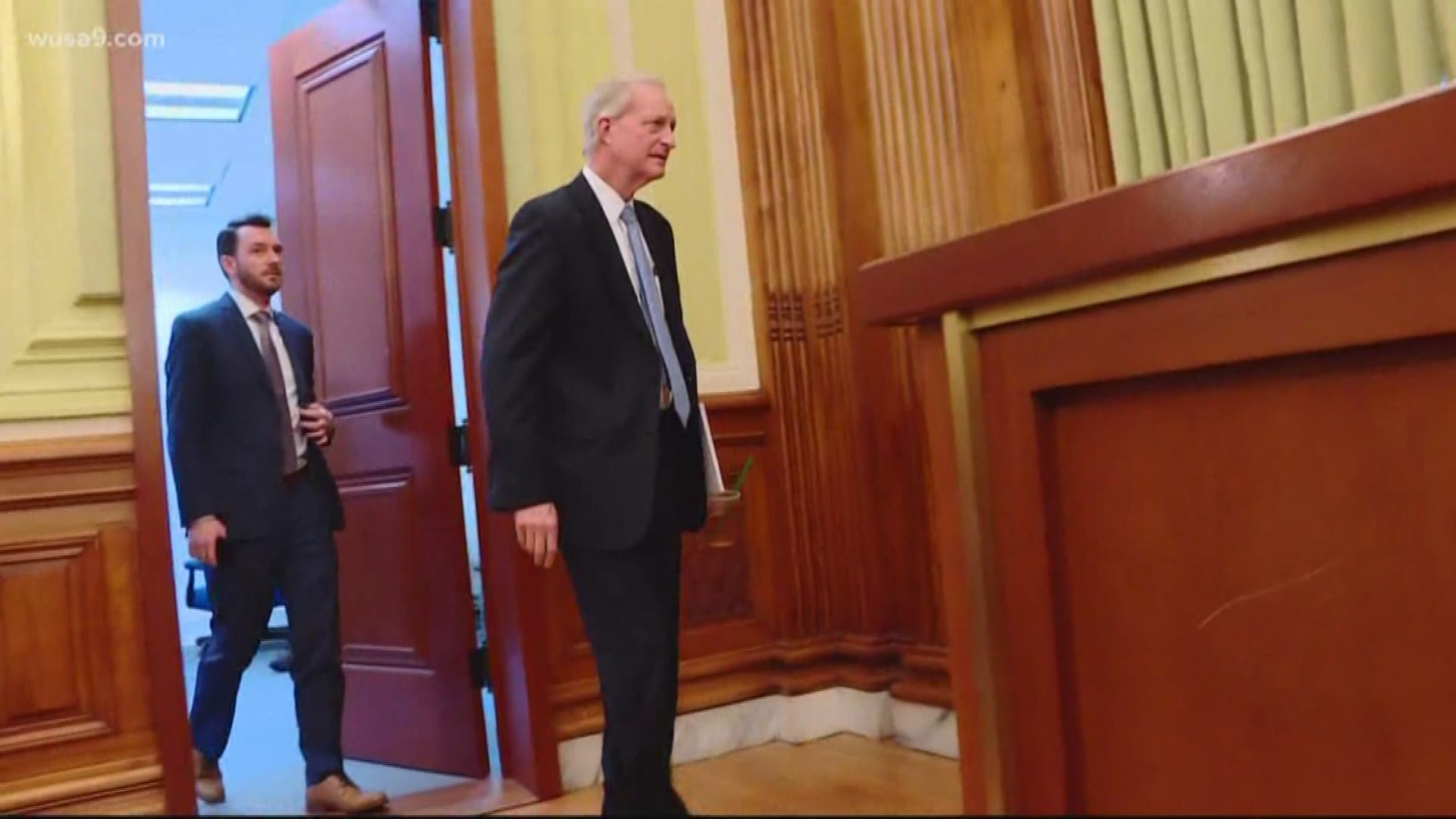 WASHINGTON — D.C. Councilmember Jack Evans has announced his resignation as of Jan. 17, according to officials.

In December, D.C. Council unanimously voted to recommend Evans be expelled for ethical violations. The vote was the first step for expulsion.

The Washington Post reported in December that the council would reconvene to cast a formal vote to remove Evans, who has served on the council for 27 years and currently represents Ward 2.

"The D.C. City Council should’ve expelled Jack Evans, but his resignation is still a victory. For too long, Evans abused his position to cozy up to business interests in the city, over the interests of his constituents," Green said. "He was a champion for any policy that lined the pockets of the wealthy and well-connected, and a roadblock for policies that improve the lives of our city’s working families."

The District's Ad Hoc Committee held a press conference on Dec. 10, 2019, to discuss the next steps in the process to consider Evans' removal.

The meeting followed a vote on Dec. 17, which allowed the committee to report on its findings on the recommendation of removal for Evans.

In 2016, Evans started his own consulting company, NSE Consulting, which Council Chairman Phil Mendelson said he was running out of his council office.

Chairman Mendelson released a statement Tuesday night regarding his support in removing Evans from the Council, stating he had "to put principle above friendship and partisanship."

"The foundation of good government is trust. We have lost that. It will take time to rebuild," Mendelson said. "But it won't be rebuilt if the Council’s reaction to this scandal is merely a censure vote. The trust won't be rebuilt as long as Mr. Evans remains on the Council. While the issue of one person's behavior is important, concern about the status of our institution is more critical."

Evans did release a lengthy response to the report, addressing many of the allegations, and claiming the report's conclusions are wrong, misapply the law and/or make up new requirements. He states any errors on his part were minor oversights, corrected immediately upon discovery.

RELATED: 'The only way to heal from the damage he's caused is to remove him from the Council' | Historic move to remove DC Council member from office