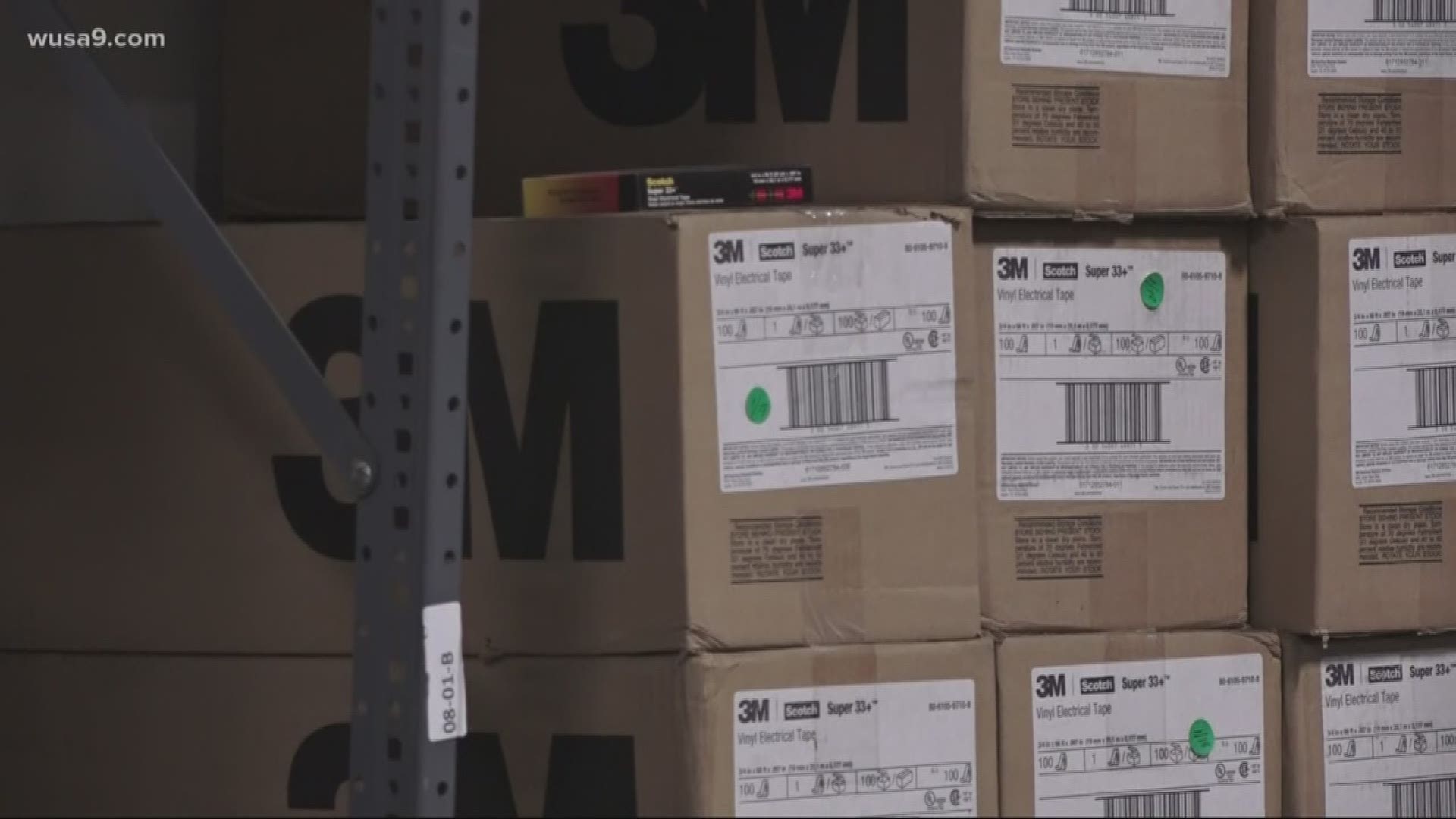 WASHINGTON — Cora Williams is a female business owner defying the odds by competing in a male-dominated industry.

She is the co-founder and CEO of Ideal Electrical Supply Corporation which has headquarters in Northeast DC’s Fort Lincoln neighborhood.

"The first thing they say is ‘how did you get into this?’" Williams said.

Her business sells anything from light fixtures, to light bulbs, wire, cable and fuses.

“I don’t know any other African-American, women-owned companies in this industry,” Williams said. “It’s very uncommon.”

Williams is the first in her family of entrepreneurs to graduate from college.

She worked in the federal government for years and eventually decided to withdraw her savings and retirement and go into business.

Williams first began selling home-security systems in the 1980s which transformed into Ideal Electric Supply Company was founded in 1991.

As a female entrepreneur back then, it was hard to gain capital.

Williams, however, still became successful despite banks refusing to lend her money.

“It either says I was hallucinating,” she laughed. “Or I think I have to be good at what I do.”

According to the 2018 State of Women-Owned Business Report by American Express:

Williams' company has satellite offices in Philadelphia and Chicago.

All the orders are processed out of the headquarters which is in the District.

“He’s my partner in business and in life,” Williams said they met the year she quit her government job. “He knows when I met him, I was not interested in getting involved with a man because I didn’t think I have enough time to devote to a man.”

She said, “I have lots of friends who say they wouldn’t be able to work with their husbands. We do it very well.”

Rogers explained he and his wife have noticed changes when it comes to minority-owned businesses in the DMV since they first opened their doors.

“There were a lot of minority-owned businesses when we started ours. They sort of fell along the wayside over the years. Some succeeded,” Rogers recalled.

The company hosts an annual charity golf event where it gives out $5,000 to five high school graduating seniors.

Williams has been running that business for more than 25 years and has given away over $350,000 in scholarships