Get your napkins ready, people! It's the 11th year in a row for the competition. 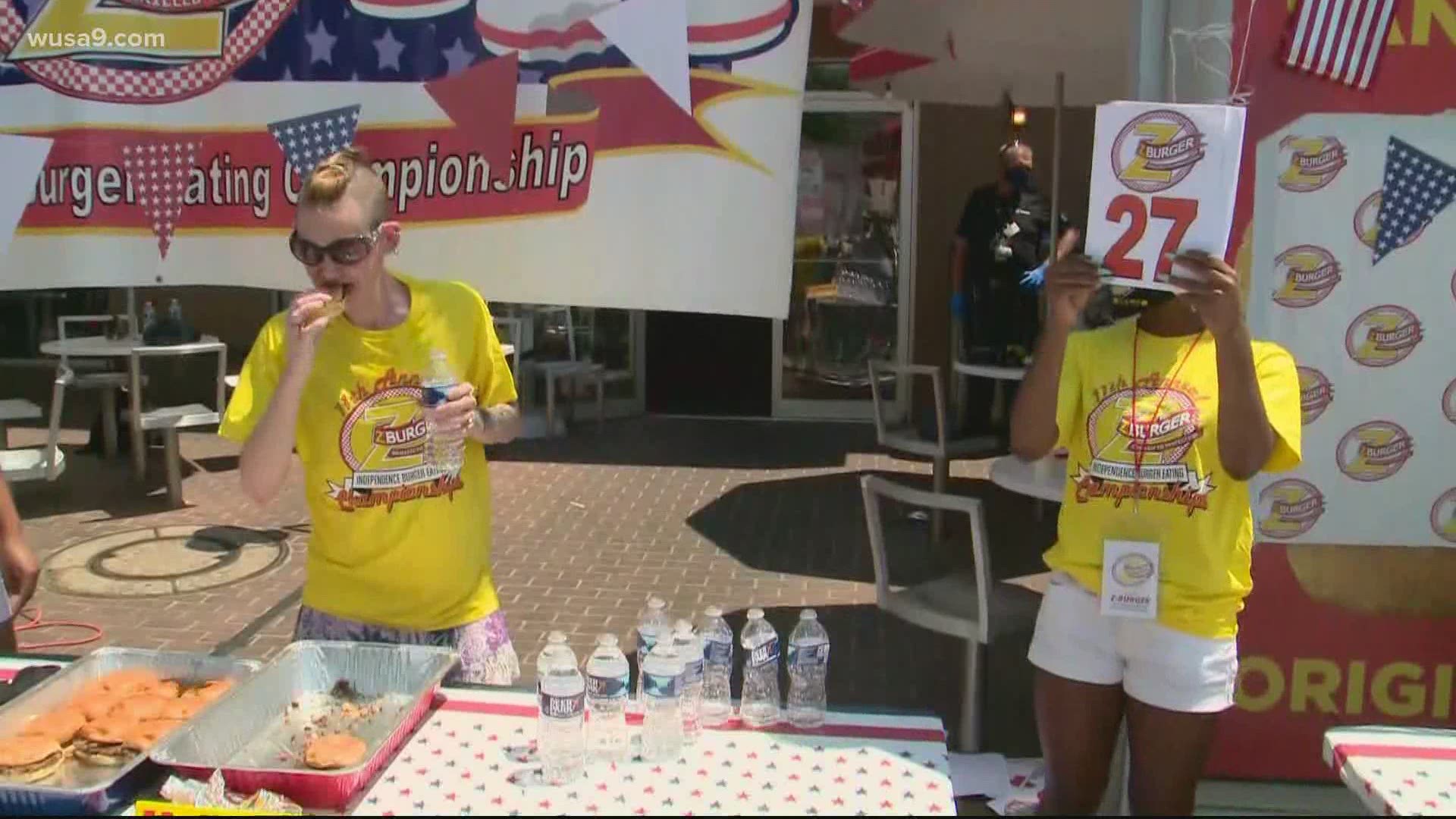 WASHINGTON — Fourth of July weekend usually calls for bratwursts, beer and, of course, burgers. Try eating 32 burgers in 10 minutes and you may have a chance to win Z-Burger's annual Independence Burger Eating Championship, which kicked off today.

The burger joint hosted the competition, now in its 11th year, at their Tenleytown location. Six contestants, some of which come from other states, like Pennsylvania, square off to see who can eat the most burgers in the allotted 10-minute time period.

A grand prize of $1,250 in cash is given to whoever can stomach the most burgers. Last year, (and four other times before)  that was Molly Schuyler -- and this year, the Marylander is back to defend her title.

There are usually 16 contestants for the competition, but in an effort to maintain social distancing, only six contestants will be battling on the outdoor patio. 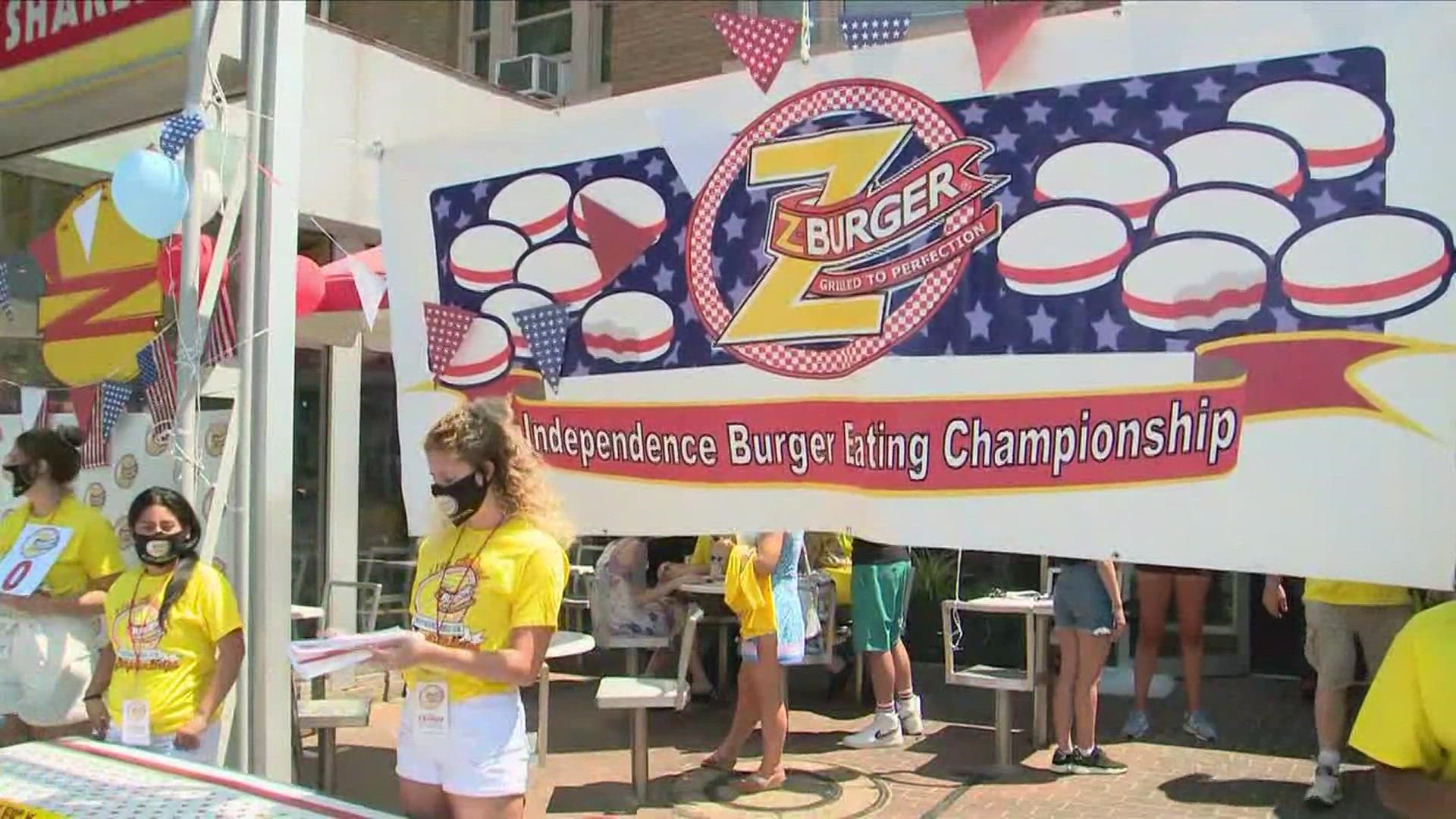 While Tenleytown is the primary location for the epic burger faceoff, it's not the only Z-Burger location -- there are also Zburgers at Towson, off P Street in Northwest and one-off Greenbelt.

Here ia a roster of this year's contestants competing for big win:

RELATED: LIST: Here are the expected road closures in DC on the Fourth of July