Get a sneak peek inside DC's newly renovated MLK Library

After three years of renovations, DC's Central Library is less than two months away from reopening Sept. 24. A rooftop reading garden is one of the highlights. 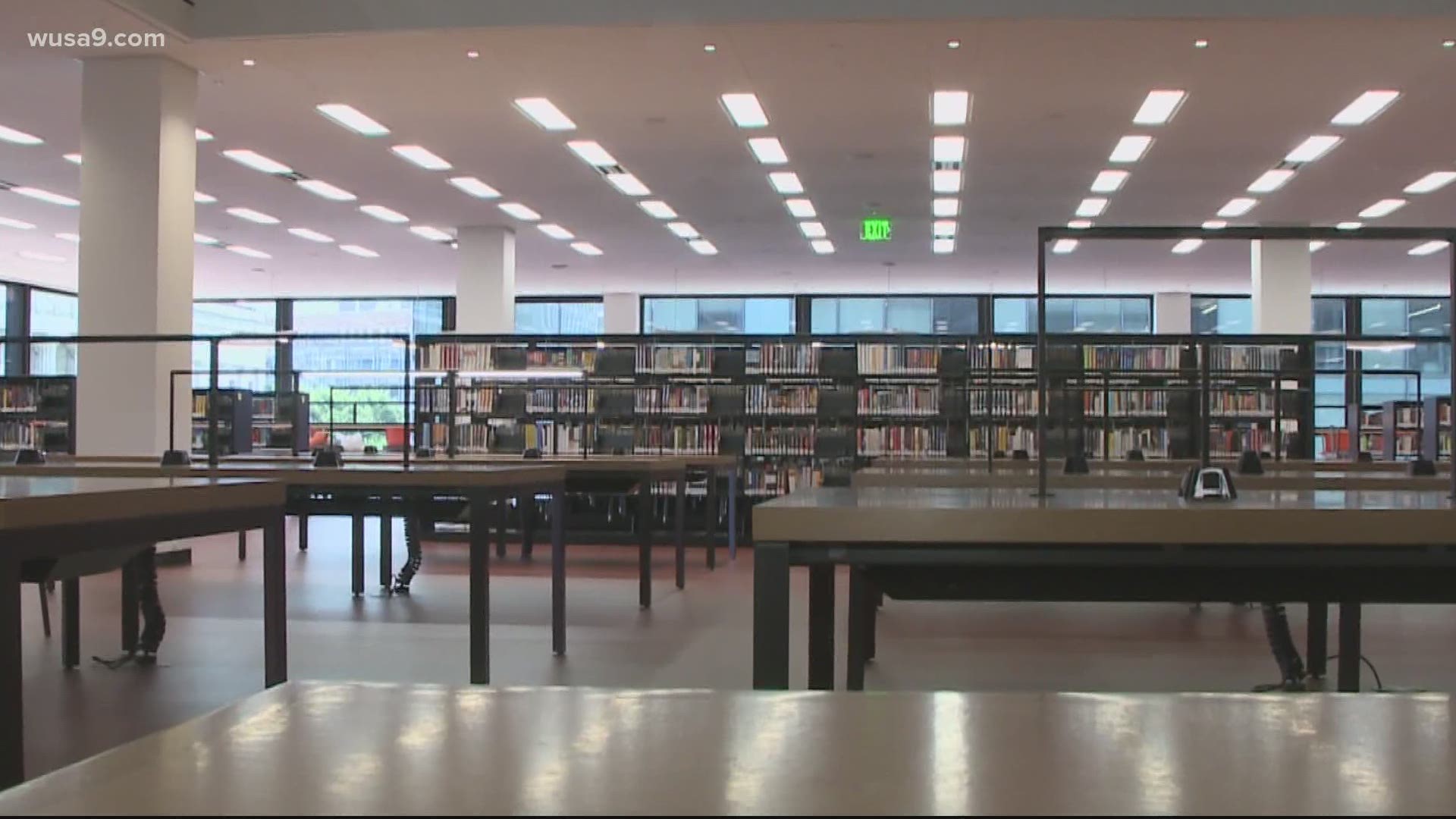 WASHINGTON — The wait is almost over. D.C.’s Central Library, which is named after Martin Luther King, Jr., is less than two months away from reopening after a three-year renovation. One of the big highlights is a rooftop reading garden for visitors. We got a sneak peek at what’s to come.

There’s a lot to take in when you explore the inside of D.C.’s newly renovated Martin Luther King Jr. Memorial Library, which closed in March 2017 for renovations.  It was erected in 1972 in honor of the civil rights icon. A refurbished 56-by-7 foot mural depicting the life and work of Dr. King and the American Civil Rights Movement through nearly 100 images greets you at the door.

The historic landmark and treasure to the community, which is located  at G & 9th St. near the Penn Quarter neighborhood, needed some big upgrades. D.C. Public Library’s Executive Director Richard Reyes- Gavilan described what the decades-old building looked like before the makeover.

“Prior to closing the building in March of 2017, the building was really run down,” Reyes-Gavilan said. “It was dark, dingy, and the heating and ventilation was really antiquated."

“People would come in and feel somewhat dispirited,” he said. “That was the common thread of what people would talk about.”

When Reyes-Gavilan took WUSA9 on a tour, we started on the top floor of the five-story building which features open event space, access to the new two-story auditorium and rooftop reading garden with great city views. There’s wooden slats built for seating . He said open space will come in handy amid the pandemic when the library reopens on September 24.

“We can show film, we can have performances, readings, lectures, author talks,” said Reyes-Gavilan about the new 290-seat auditorium. A stark contrast from event space before that require visitors to sit in folding chairs. The auditorium is part of the additional 100,000 square feet under the $211 million makeover.

Another big highlight, just two stories down, is the grand reading room, which is complete with floor-to-ceiling windows, books and workspace. You will even notice purple and white imagery from the 1963 March on Washington for Jobs and Freedom from the Library's collection. It is accented by a handmade textile art installation – so look up.

“This is a piece by an artist named Zenobia Bailey, who  actually hand crocheted their metal mobiles,” said Reyes-Gavilan, with lots of excitement.

Other features include separate reading rooms for children and teenagers, with areas for entertainment. There’s also a giant slide that connects to the children’s  library.

You'll find it next to one of the two new spiral staircases flooded with natural light.

There is also a number of private rooms for work study, community space for meetings and a room for government agencies to provide services to the community. It is described as a one-stop shop for your needs.

The ground-level is also impressive.

“Right below us, we have an entire floor devoted to emerging technologies,” he said. “We’ll have everything from 3-D printers, laser cutters, personal digital archiving station ,recording studio, so lots of equipment that people may not ordinarily be able to get their hands on, and it is all free.”

There is also a dance studio and a tool library, where people can checkout hardware just like a book.

A number of new safety protocols will be in place, including social distancing, masks and a quarantine for books.

When the pandemic is over, an estimated one million visitors expected annually.

The grand reopening is set for Thursday, Sept. 24.