Two junior league teams initially backed out of competing this season because of safety concerns after a string of shootings, but they reconsidered 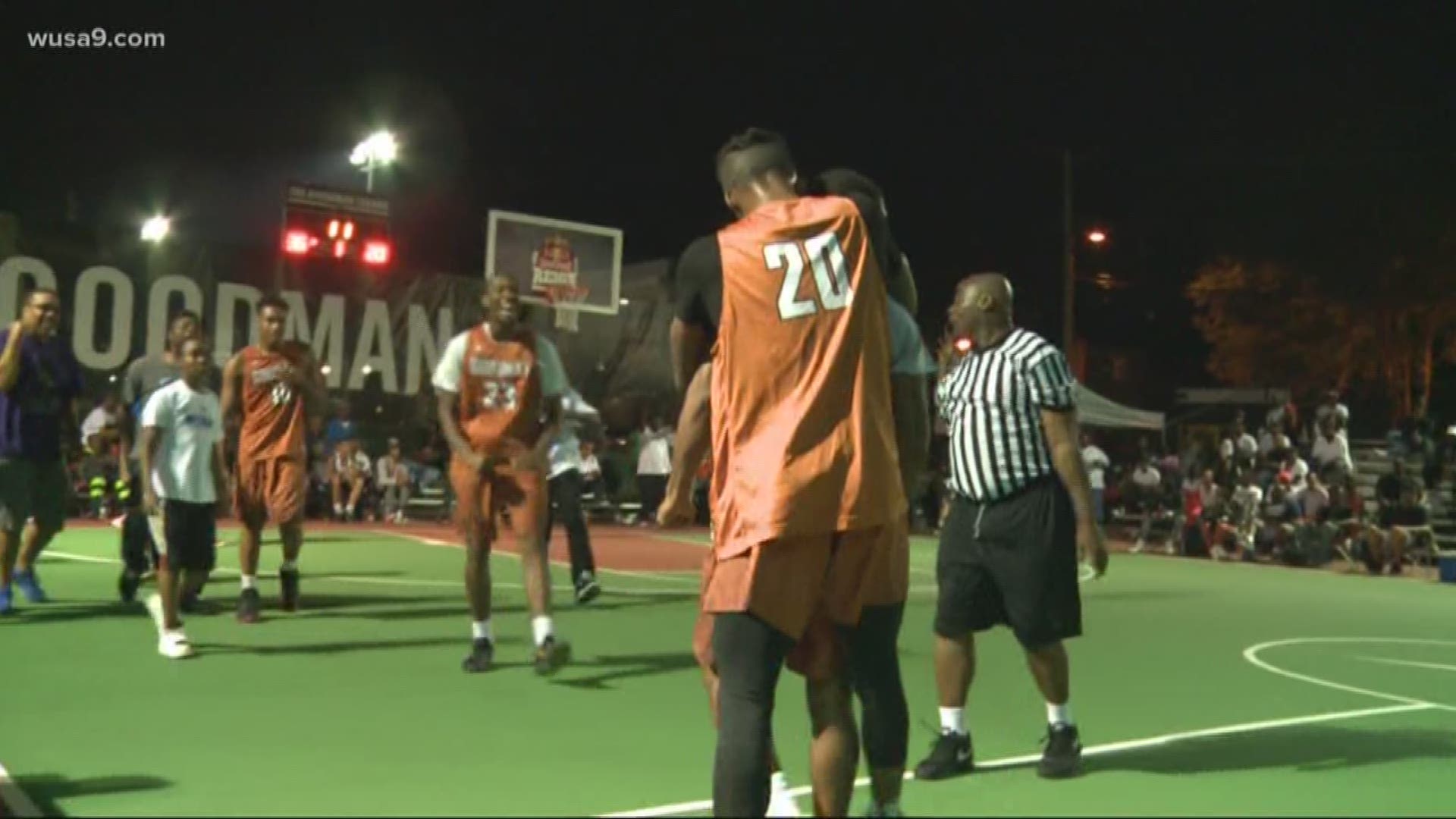 WASHINGTON — The Goodman Basketball League will kick off another season Wednesday night even though the league's commissioner, Miles Rawls, considered canceling it because of recent violence in the Anacostia neighborhood.

The league is known for attracting hundreds of people to Barry Farm, not just for basketball. Rawls called it a big family reunion.

“This shooting spree stuff kind of hit home because it’s right there in my back yard,” he said.

The 45-year-old league plays at the Barry Farms Dwellings basketball courts, just steps away from where four men and a child were shot on Memorial Day near Barry Farm Recreation Center in Southeast D.C.

► MAY 28: Neighbors terrified after long weekend of violence in DC
► MAY 28: ‘We will not tolerate it’ | DC police chief responds to shootings

Early Tuesday, two people were shot on Birney Place close by. One of the victims died.

Before those shootings, Maurice Scott, 15, was shot and killed Sunday morning while walking to the store on Wheeler Road in Southeast.

“I have a lot of sleepless nights thinking about that leading up to the summer and what's going to take place,” Rawls said.

Rawls has been in touch with District of Columbia police and Mayor Muriel Bowser’s office. He said they have agreed to provide extra security at this year’s games.

During a press conference Tuesday, Police Chief Peter Newsham also reassured the public that officials are working to capture those responsible for this violent spike.

► MAY 27: DC honor student and basketball star killed steps from school
► AUGUST 2017: The Goodman League: Much bigger than basketball

Two junior league teams initially backed out because of safety concerns but reconsidered because they didn't want to let the criminals win.“I still want it to be that safe-haven, not just for Barry Farm, but for the city,” Rawls said.

The games are played five days a week for the entire summer. Bowser is taking part in Wednesday’s opening ceremony.