Participants in Thursday's vigil made took time to note that violence still occurs against the LGBTQ community. 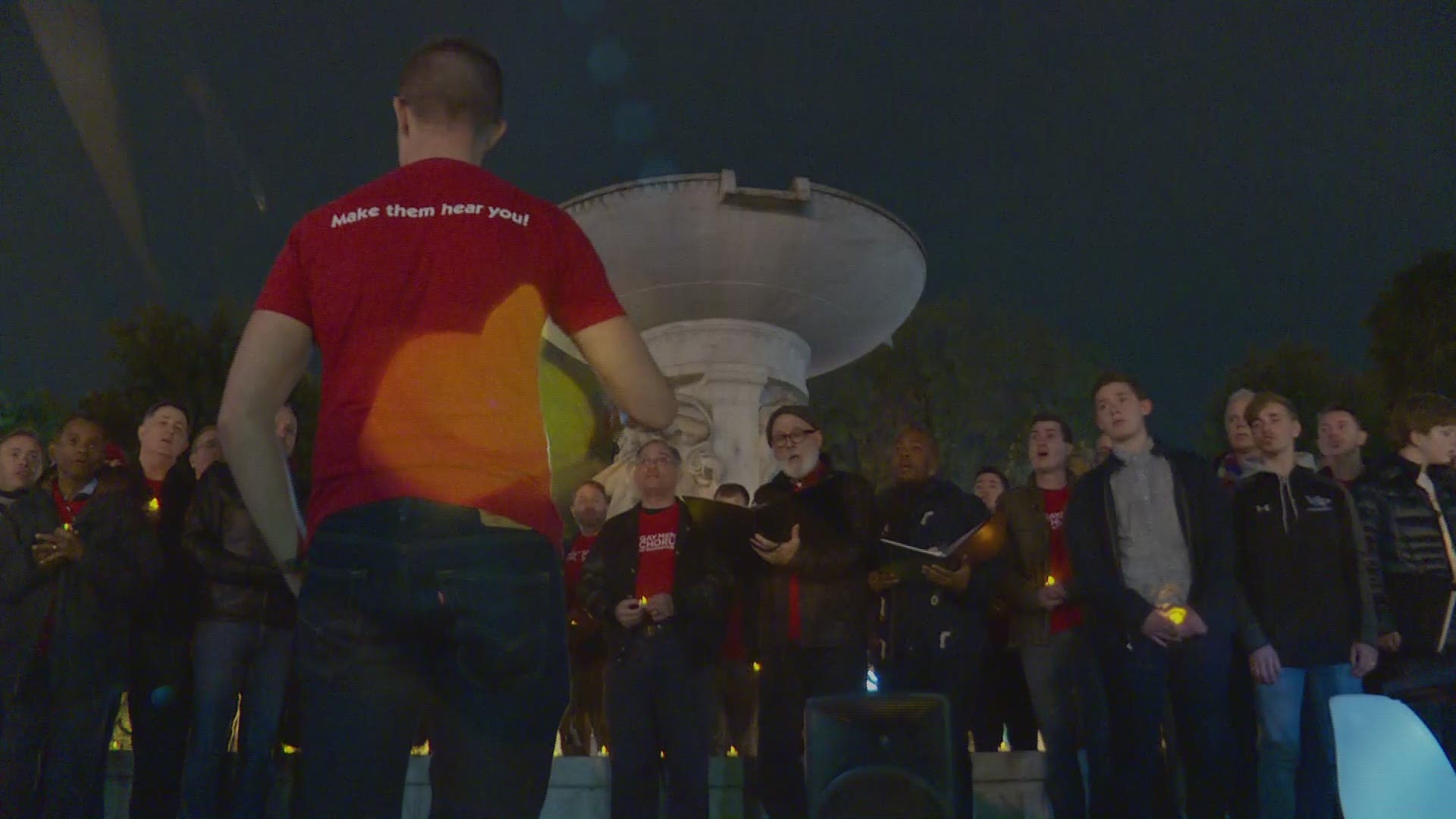 WASHINGTON -- Hundreds of people gathered to remember the life of Matthew Shepard on Thursday evening in Dupont Circle.

Shepard, a young gay college student, was murdered 20 years ago in Wyoming by two men.

On Friday, his remains will be interred during a ceremony at the National Cathedral.

RELATED: Reverend presiding over Matthew Shepard service: 'I've carried Matt around in my heart for the last 20 years'

Many people in DC's LGBTQ community say it is impossible to forget Shepard's story.

Reverend Alex Dyer, the priest in charge of St. Thomas' Parish Episcopal Church in Dupont Circle, is openly gay. He said Shepard's death was an important moment in his life.

HAPPENING NOW: At #DupontCircle, close to 100 people have gathered to to remember #MatthewShepard before his interment at the National Cathedral. (@wusa9) pic.twitter.com/XVyCGYQfBs

"When you're wrestling with (your sexuality) internally and you see the violence that can unfortunately happen, it doesn't help with that internal struggle," he said.

Participants in Thursday's vigil made took time to note that violence still occurs against the LGBTQ community.

Ruby Corado, the founder of Casa Ruby, an organization that provides social services to transgender men and women in the community, said more progress needs to be made.

"Today, we can marry the person that we love, but we cannot walk down the street holding hands," she said.

Cynthia Deitle of the Matthew Shepard Foundation also attended the vigil to honor Shepard. She also said America has more to accomplish when it comes to assuring equality for members of the LGBTQ community.

"I wish we were already past this issue of acceptance and equality," she said. "I wish that we were all very appreciative of the differences of all of us. I wish this wasn't an issue 20 years later after Matt Shepard's murder."