With signs and hands held in the air, the protesters chanted, "Hands up, don't shoot," as they marched across the half-mile bridge. 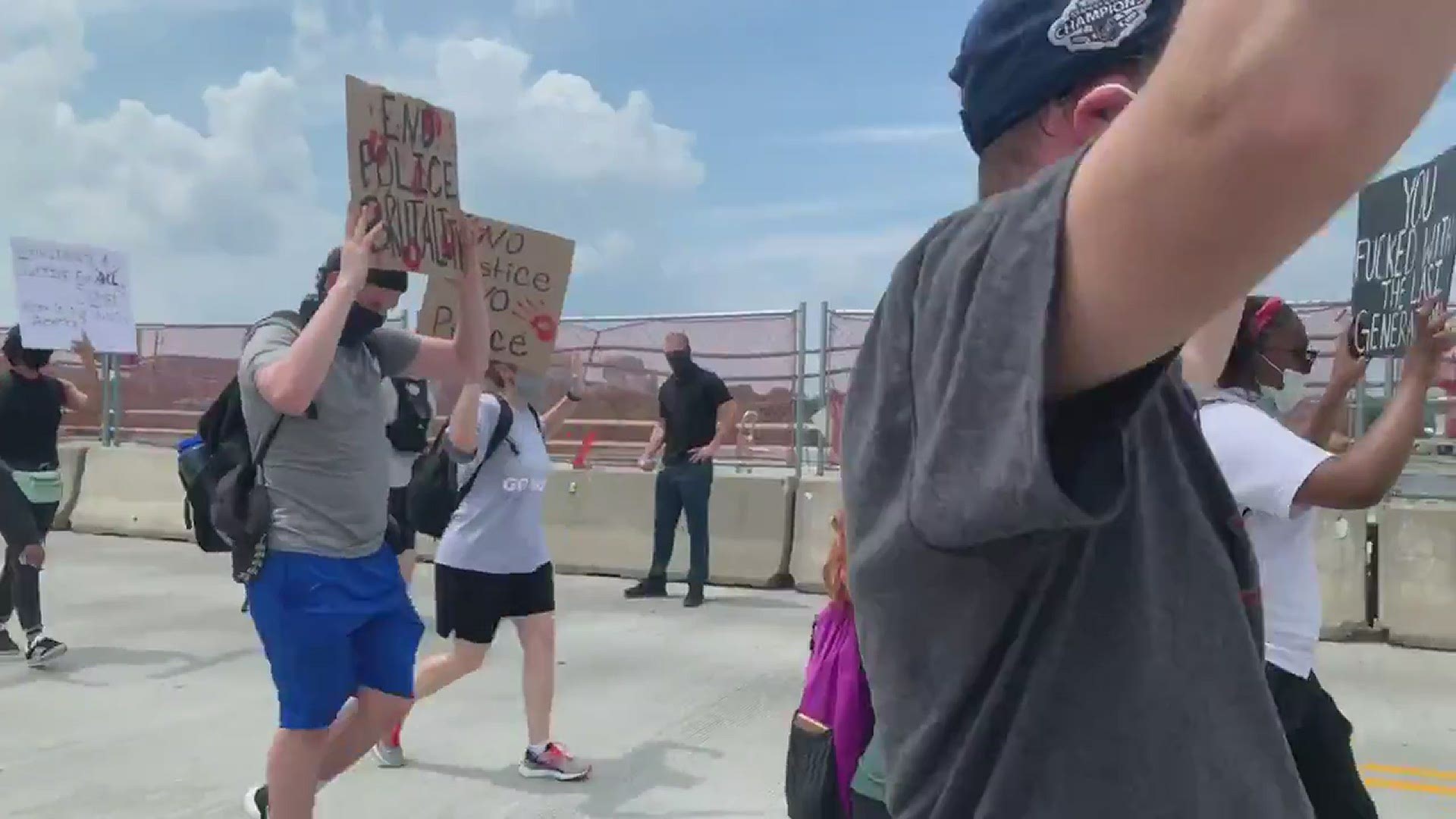 WASHINGTON — Hundreds of peaceful protesters – numbering by some estimates anywhere from one-to-two thousand –  marched from Virginia into D.C. across the Arlington Memorial Bridge on Saturday, turning the half-mile bridge into a walking demonstration.

Holding signs and their hands in the air, the marchers chanted, “Hands up, don’t shoot,” as they marched for more than an hour into the city.

“I think it’s injustice and system racism,” one marcher told WUSA9. “I think we all have to stand up against that and stand with the people who are demanding dismantling systemic racism and how the police profile black people and people of color.”

At the Lincoln Memorial, demonstrators joined other in taking part of a long legacy of civil rights activism on the steps of the monument, dating back at least to 1939, when black singer Marian Anderson held a concert there after being refused space at Constitution Hall.

The route’s end, Lafayette Park, has been the site of some of the most contentious interactions between protesters and security, including the use of tear gas against demonstrators Sunday night and the forceful clearing of the park prior to a photo-op for President Donald Trump at St. John’s Church on Monday.

RELATED: Here's what DC looks like on the biggest day of George Floyd protests yet