The demonstration was a celebration and a protest centered around protecting DC culture and building community. 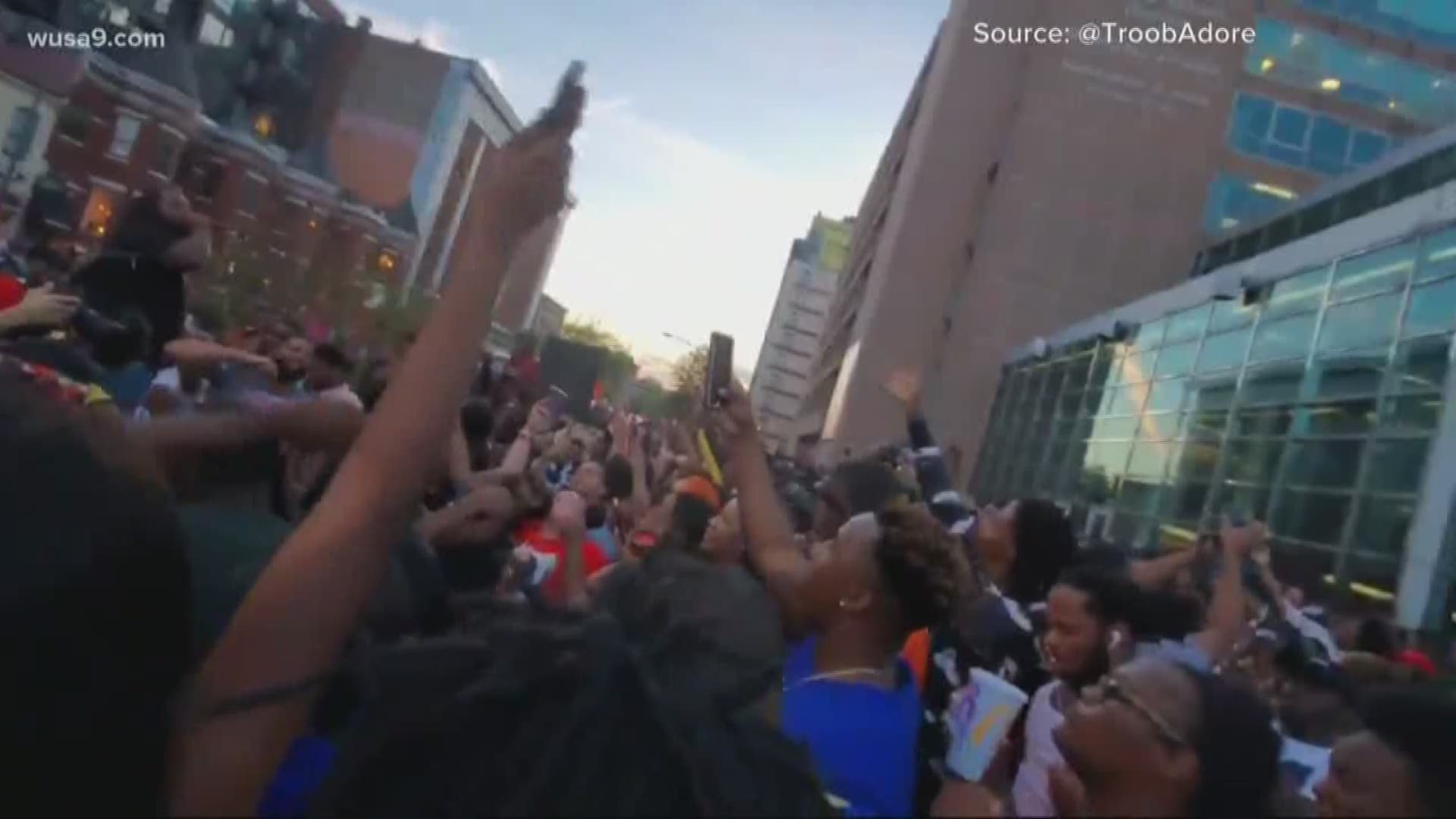 WASHINGTON -- The fight to preserve Go-Go music blew up on social media on Tuesday night with the hashtag: #DontMuteDC.

What appeared to be hundreds of people flooded U and 14th Streets playing, singing along, and dancing to the District’s signature music style.

The demonstration was a celebration and a protest centered around protecting D.C. culture and building community.

The growing movement started because of drama at the Metro PCS Store on 7th and Florida Avenue in Northwest.

The business is a D.C. staple because it is known for playing Go-Go music from a speaker that sits outside of the store.

However, the Shaw neighborhood is a product of gentrification and the makeup of this neighborhood has changed over the years.

A new community resident complained about the music, and the owner was originally forced to cut the music off until D.C. natives spoke up and started the ‘Don’t Mute DC’ movement.

The music returned to the store, but the fight to preserve D.C. culture continued Tuesday night.

Rally organizers turned U and 14th Streets into a real live Go-Go.

People flooded into the streets, sang along with the bands and danced.

Many people pulled out their phones and started snapping pictures, recording video and posting tweets.

A man identifying himself as the event organizer said the rallies are about building community and bringing people together to discuss serious issues.