Lamar Lee-Kane, Jr. was a graduate of Coolidge High School in Northwest, DC. His family says he was living out his college basketball dreams in New Mexico. 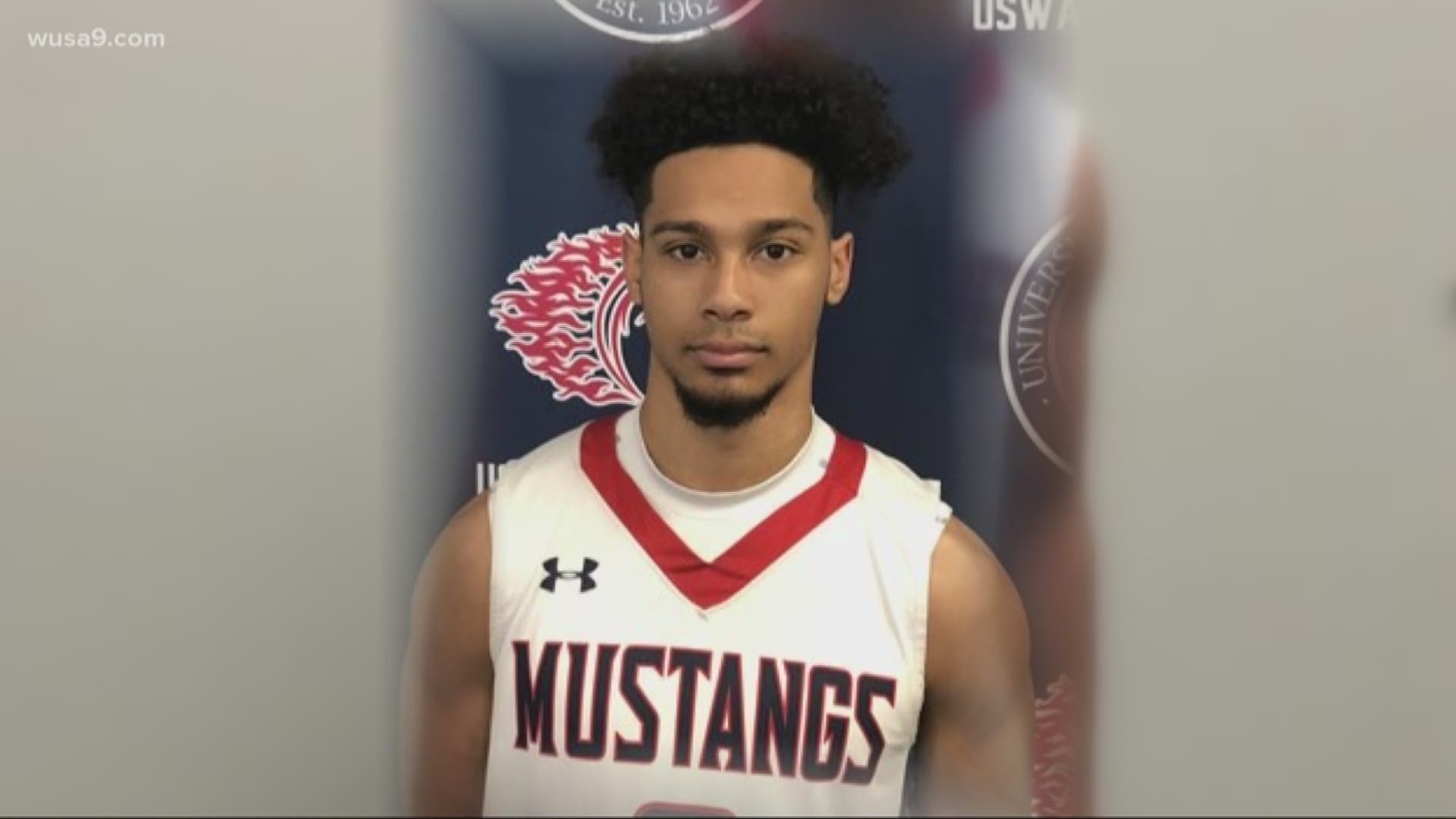 WASHINGTON — Lamar Lee-Kane clutches a picture of his son Lamar as a little boy. A son who made him so proud, until his last breath.

"He the best, the best person in the world," Lamar Lee-Kane said.

Four others were injured, but survived. On Sunday evening, police arrested teenager, Bishop Henderson in connection with the shooting. Police have not released a motive yet for the shooting.

"I feel sorry for him, I know he probably didn't mean to do it. Those guns are not a joke," Lee-Kane said.

Lamar's family says he was living out his dream as a basketball player at the University of the Southwest in New Mexico. Before that, Lamar spent his time helping train future basketball starts at Calvin Coolidge High School in Northwest, D.C.,

Sadly, the current basketball coach there is also a relative of Lamar.

"For the first two hours I just sat in the car, trying to get myself together because he was a great kid. He was never into anything except basketball," Coach Derrick Washington said.

Lamar's family says he was soft spoken and his biggest wish in life was to coach his younger brother to greatness. A dream that now only remains in his father's heart.

Friends of Lamar's father have set up a GoFundMe account to help pay for funeral expenses.

The suspect, Bishop Henderson, has been charged with aggravated battery, but police say more charges could be coming.