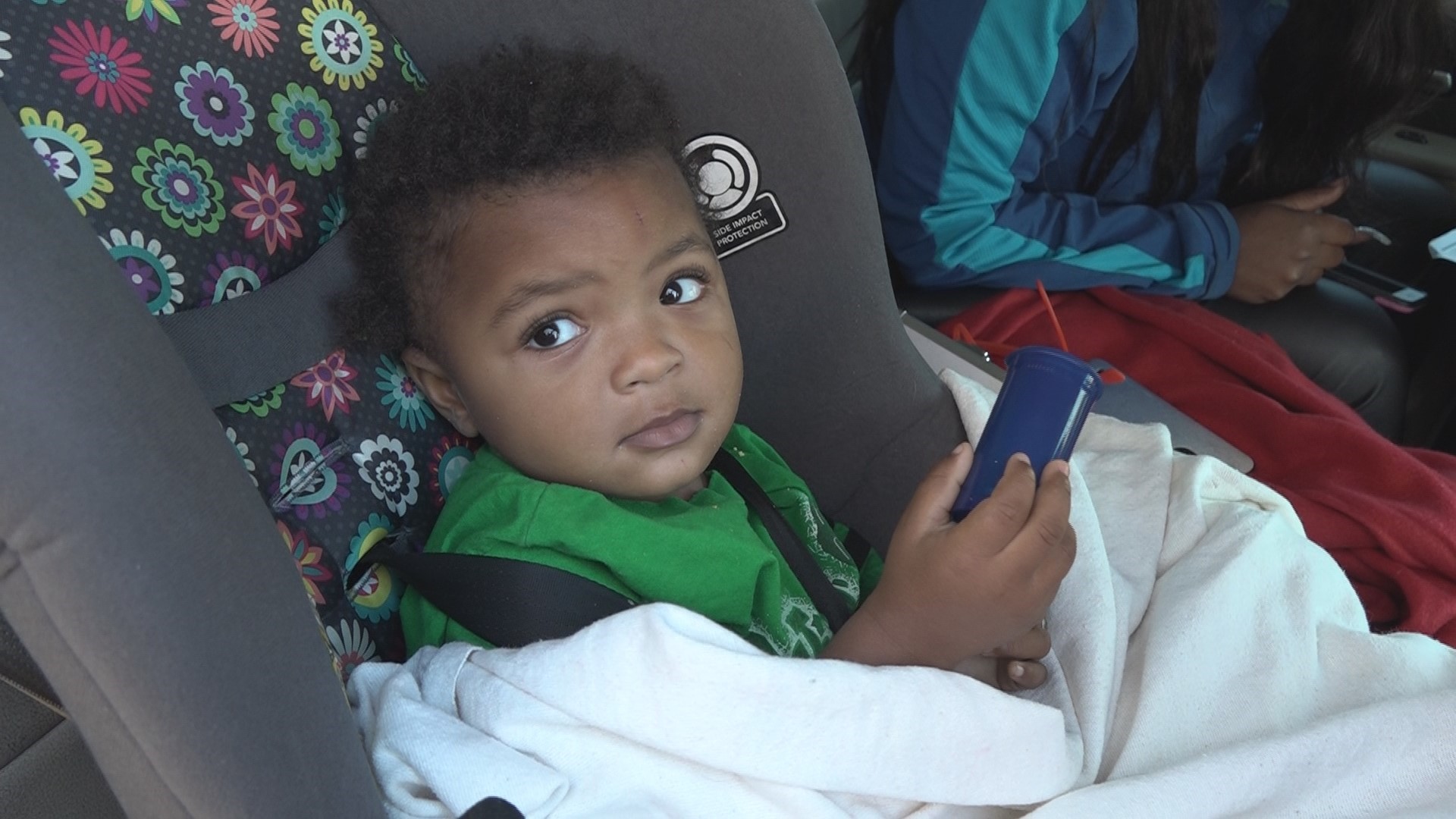 WASHINGTON — A grandmother forced to save two grandchildren by dropping them three floors into the arms of neighbors below called the men who helped heroes.

"I'm just so, so grateful," 50-year-old Lynnora Johnson said, who was rescued moments later when firefighters arrived with a ladder.

The neighbors who caught the children were Derrick Ferguson and Michael Baker, both of whom have also been made homeless by the fire that broke out Monday night in an apartment building at 4430 Martin Luther King Jr. Avenue Southwest.

"We heard her holler 'somebody help us!," Baker recalled.  "Smoke was coming all over top of her and the kids."

"The lady, she was really scared," Ferguson said.

Ferguson and Baker said they caught a one year old boy first. A second child aged six had his fall broken by the men, but the child's head struck a satellite dish.

RELATED: 2 kids injured in apartment fire after being thrown out window to escape

Both children were released from a hospital Tuesday with bumps and bruises, according to their grandmother.

Credit: wusa9
"Jacob". One of the children rescued by neighbors

The fire had broken out in a second-floor apartment and spread to the building's stairwell, blocking escape for anyone on the third floor, according to DC Fire & EMS spokesman, Vito Maggiolo.

At least one other man was rescued by ladder from the upper level of the building Maggiolo said.

Investigators have not determined what caused the fire.

Damage to the burned out second floor apartment was so severe that investigators could not find the remains of a smoke detector to determine if it had been functional.

Ferguson, Baker and another resident said they did not hear any alarms and they credit an first floor neighbor for alerting residents to get out.

The chirping of smoke alarms could be heard coming from the building as restoration contractors worked Tuesday.