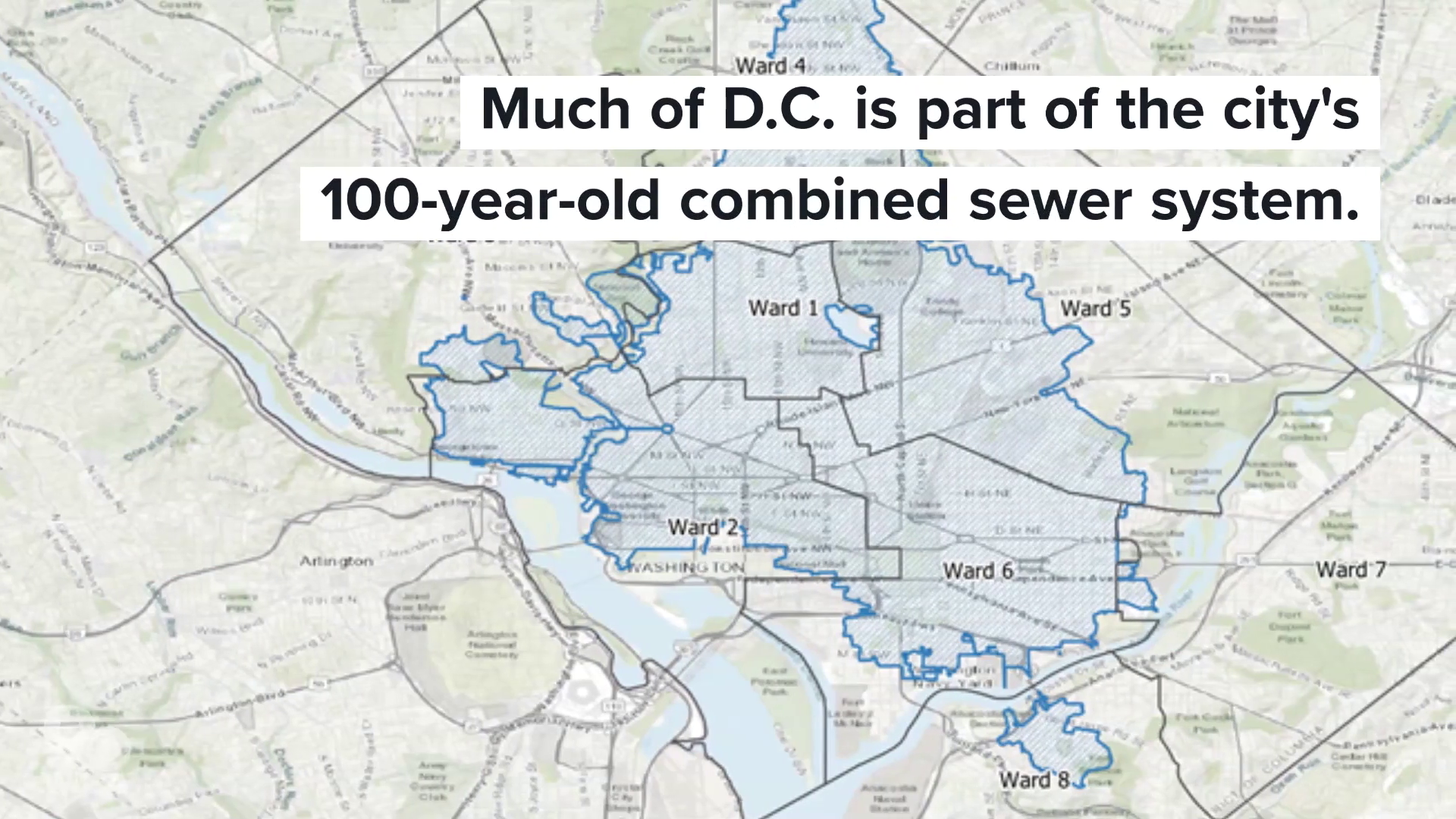 Parts of the District were pummeled with as much as a month's worth of rain in a single day, with some areas experiencing more than three inches an hour.

Depending upon where you live in D.C., you might have a separate or combined sewer system. In a separate sewer system, sewage from homes and businesses is directly piped to the Blue Plains Advanced Wastewater Treatment Plant. Stormwater has its own dedicated drains and pipes which lead to Rock Creek and the Potomac and Anacostia rivers.

In the parts of D.C. with a combined sewer system – nearly all of Wards 1, 2 and 6 and large portions of Wards 4 and 5 – sewage and stormwater share a common pipe. A dam normally stops sewage from entering the area's waterways – but if the amount of rain exceeds the pipe’s capacity, it will overflow.

The overflow is designed to enter the areas waterways first, to prevent flooding in basements and streets. However, if the drains become blocked, or an unusually high amount of rain falls – like on Monday – the combined sewage may overflow into streets and other places where humans may come into contact with it.

RELATED: DC FLOOD MAP: Where in the District has the highest risk?

Sewage can contain a whole host of pathogenic bacteria that are capable of making a person extremely ill. Common bacteria found in sewage include:

D.C. Water is currently in the process of a 5-year, $583 million construction project to build the new Northeast Boundary Tunnel, which will run from approximately Robert F. Kennedy Stadium to the Shaw Neighborhood and is expected to add an additional 100 million gallons of stormwater storage capacity. ---