For the majority of the country's history, there were really no rules when it came to how long a flag should remain half-staff for a deceased member of Congress. 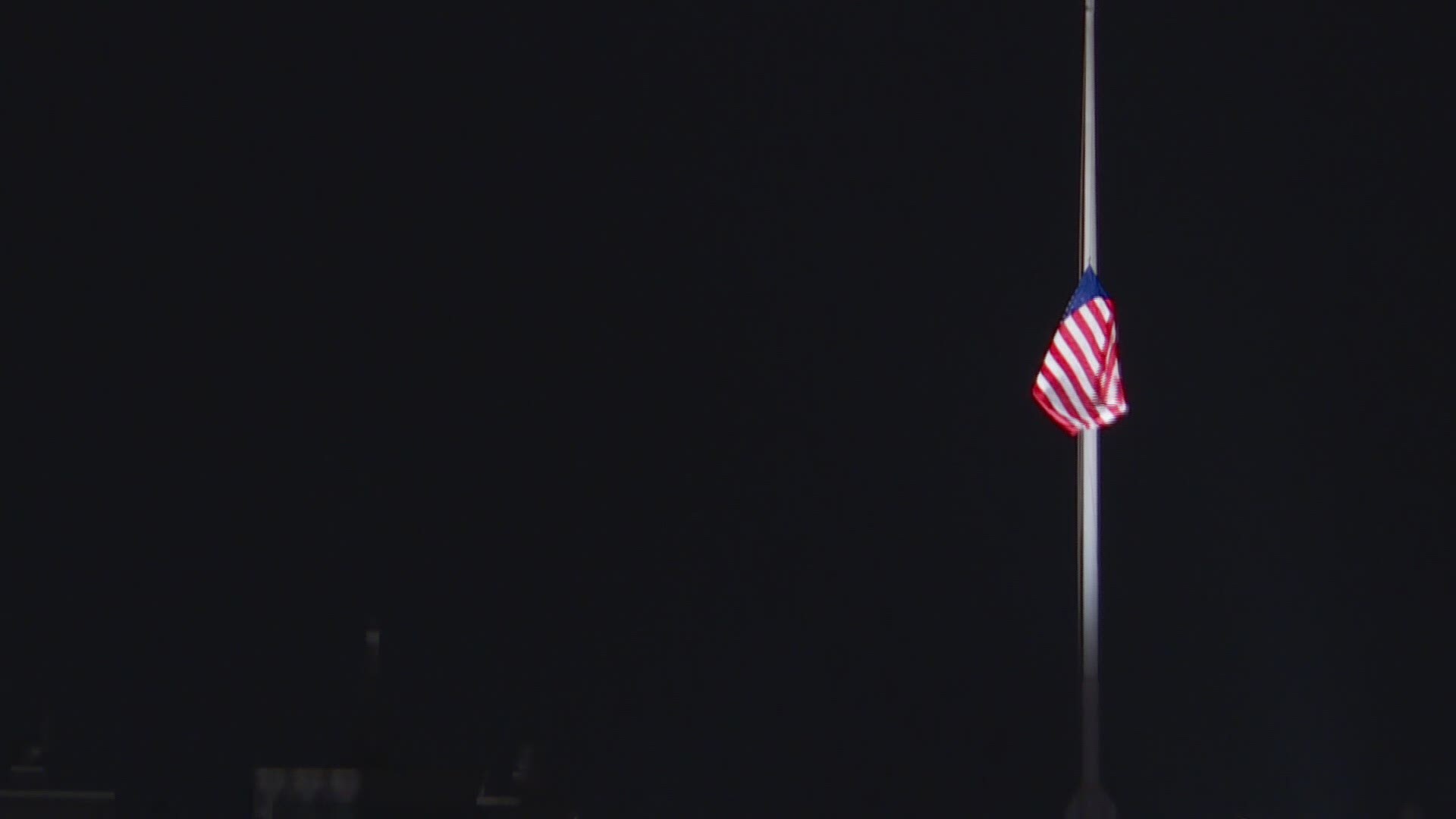 WASHINGTON -- It’s been a bit of a whirlwind for the flag up top the White House these last few days.

The flag has gone down, up and then down again in less than 72 hours as the Trump administration has readjusted its stance on how long to honor Senator John McCain.

For the majority of the country‘s history, there were really no rules when it came to how long a flag should remain half-staff for a deceased member of Congress.

That was until 1954. President Dwight Eisenhower proclaimed America should finally have some guidelines as to how long the flag should remain half-staff after years of confusion prior.

In his proclamation, Eisenhower said upon the death of a US Senator, the flag should at least be flown half staff on the day of, and day following, that person’s death.

That was the exact amount of time that President Trump initially honored Senator McCain here at the White House.

On top of all that, the US flag code essentially gives the President the ability to do whatever he wants when it comes to how he chooses to display the flag.

However, many people became upset with the President's actions regarding McCain due to precedent.

Usually, the flag atop the White House has stayed half staff longer for a former or sitting senator who has died than it did for McCain.

President Barack Obama proclaimed that it should stay half staff for senators Ted Kennedy, Robert Byrd, Daniel Inouye and John Glenn until they were interred. That did not initially happen with McCain.