He went viral on Facebook. Now this DC native is changing lives across the country #ForTheCulture

Lonnie Bee gained popularity online several years ago after posting a video on Facebook. Now he has more than 1 million combined followers. 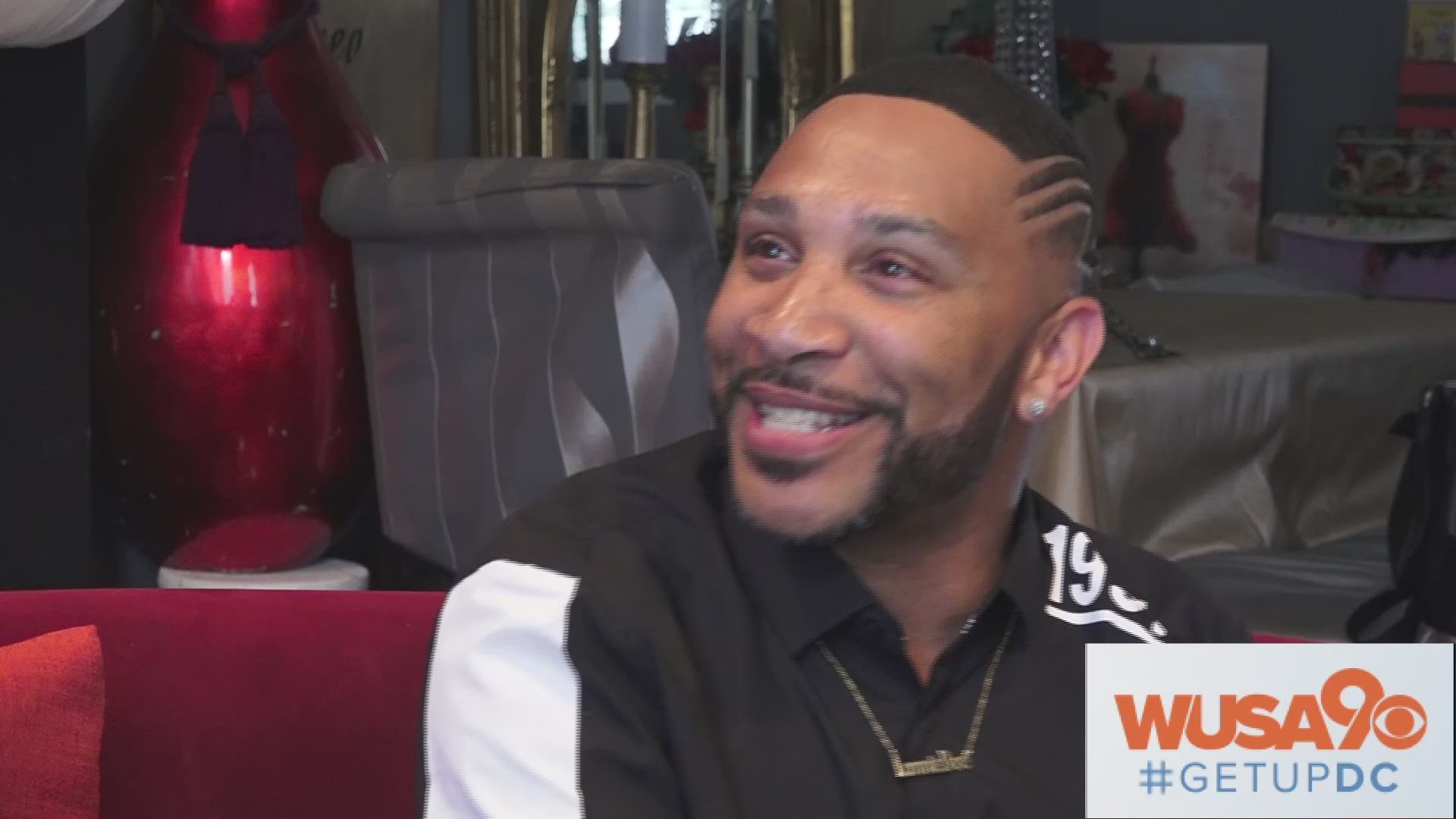 WASHINGTON -- Lonnie Bee slips on a robe, grabs his mug, turns up the music and begins to dance.

He walks over to the computer in his Southeast, D.C. home, logs into Facebook and starts broadcasting his live show to hundreds of thousands of followers.

"This is Lonnie Bee. The gay one," he said, as the comments and likes begin to pour in.

Lonnie Bee is rarely seen in his videos without a smile or positive attitude. 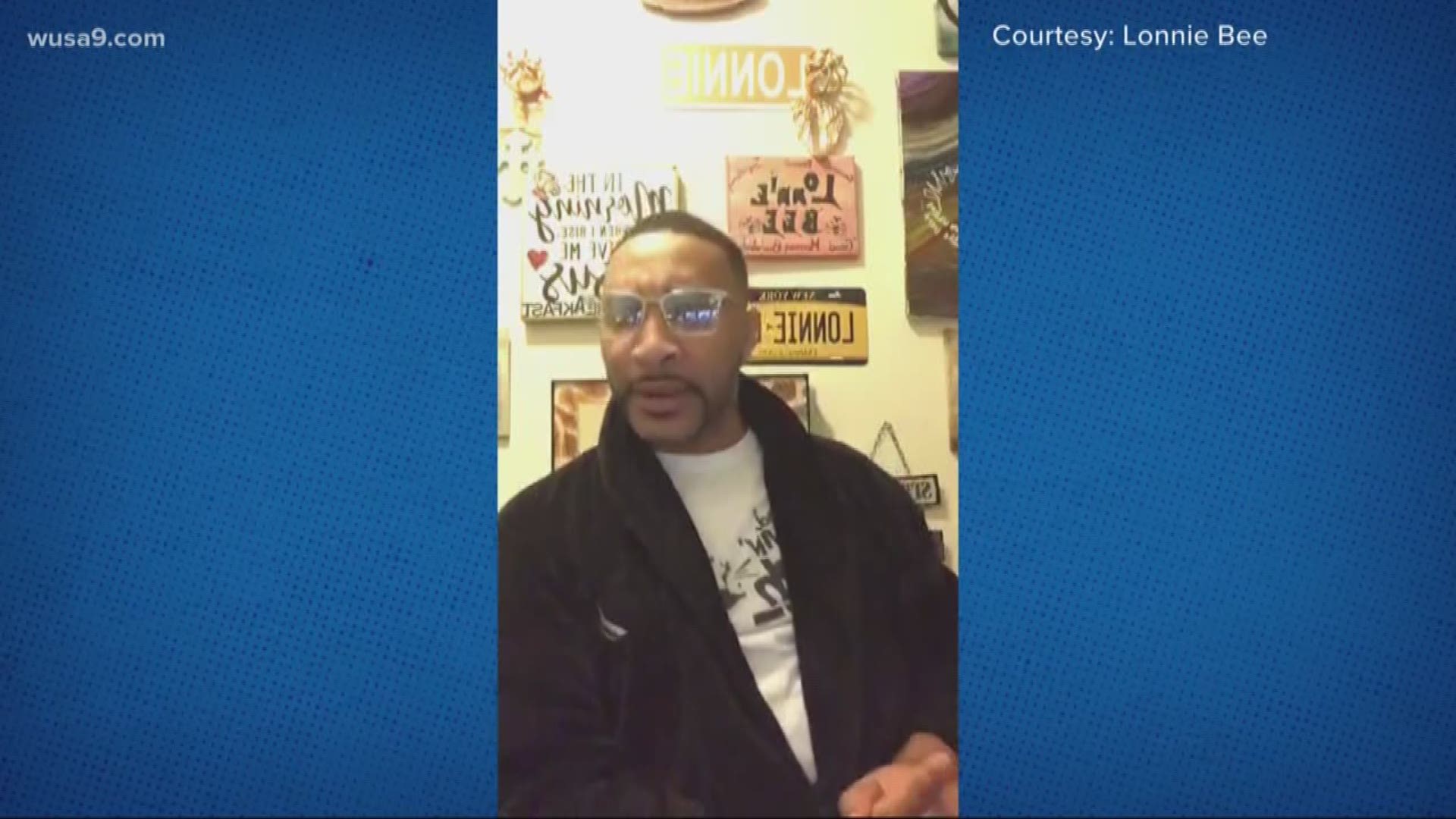 He has gained more than 1 million followers across all of his combined social media platforms -- that number is continuing to grow.

"I never counted. It is that many?" he said, laughing.

But who is Lonnie Bee?

Lonnie Bee gained popularity online several years ago after posting a video on Facebook in an attempt to reach a friend.

"You know how they say nothing just happens? I truly believe that because I wasn’t trying to be this star that everybody looks at me as," he said.

The video gained so much attention that people began asking Lonnie Bee for advice.

"The things that they were asking me was situations that girls and guys that I’d be around each and every day we’re going through," Lonnie Bee said.

He would disguise the identities of those who wanted advice as his "good, good girlfriend" or "homeboy." 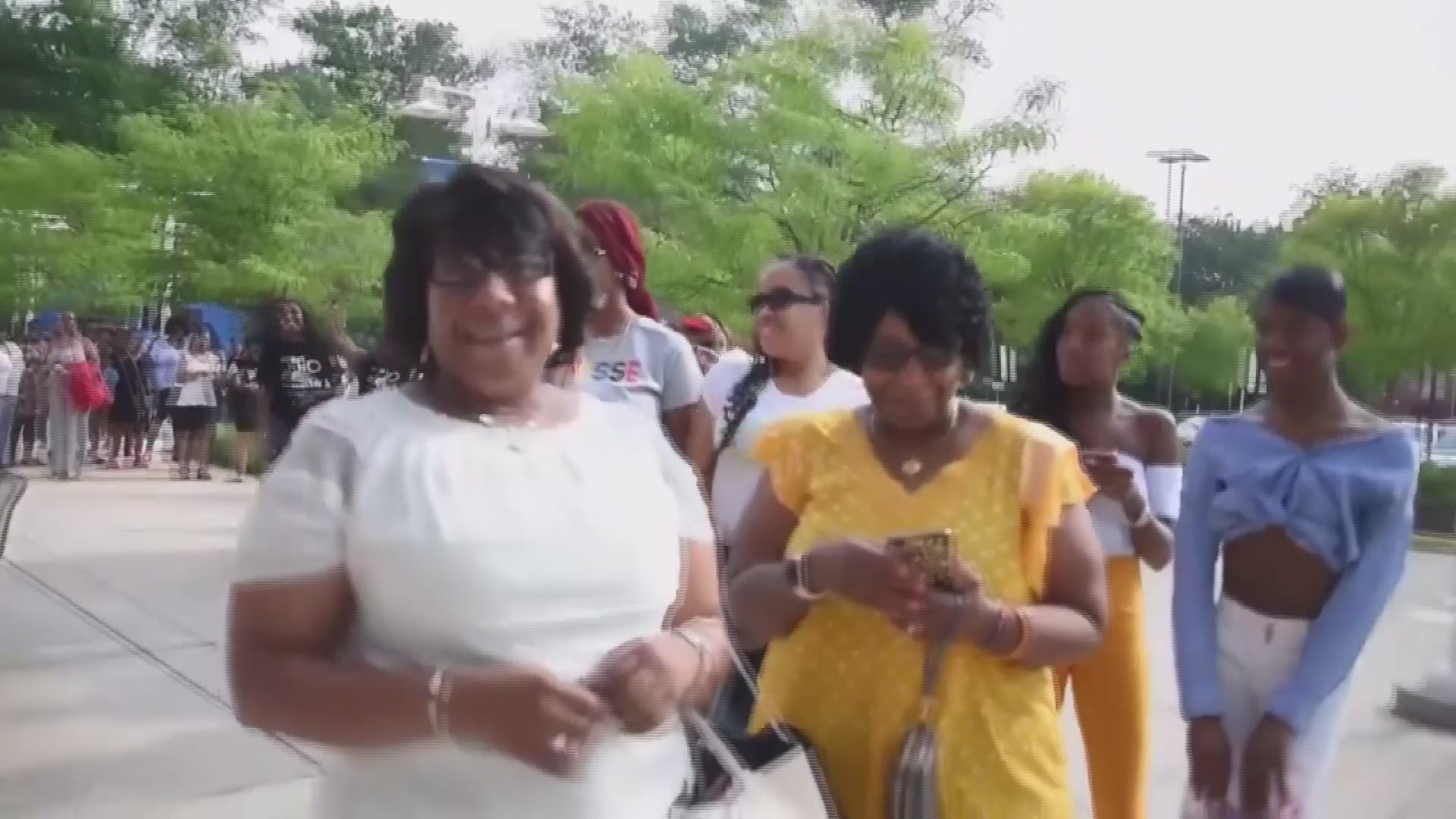 While Lonnie Bee would cover many topics as his popularity began to grow, a common theme in his posts was self-love.

"Self-love is definitely one because that's something that we lack," he said. "When you love yourself, you’re confident. You have self-esteem. So, you’re able to deal with the things that other people are afraid to face."

Growing up with a young mother on drugs "was a struggle," he said.

Lonnie Bee grew up in small family after his mother gave birth to him at 17 years old.

"Her and my father was young so they was figuring this whole mother and father thing out -- which they wasn’t successful doing," Lonnie Bee said. "My mom was into the streets. She like to fight. She did drugs."

Lonnie Bee said his grandmother stepped in to raise him.

"It was a struggle," he said. "But what I learned growing up and out of my adult years, the struggle is where we find our strength. It made me strong and tough."

RELATED: These people of color were pioneers in the gay pride movement. They're sometimes forgotten #ForTheCulture

Lonnie Bee said he still prayed for his mother every day while his grandmother was raising him.

"Just by my prayers, God heard from his gay son," he said. "My mom been clean for over 15 years now," he said.

Dealing with loss: "I cry a lot. Crying is healthy."

Lonnie Bee said there were two significant losses in his family that had an effect on his life: His grandmother and his brother.

His grandmother died on Christmas day in 1995 and he recently lost his bother to gun violence.

Lonnie Bee said the losses affected him in different ways. He credits his grandmother with instilling the strength and values he carries today.

Lonnie Bee said his brother, who he considered his best friend, was killed just months after returning home from behind bars.

“He just came home," he said. "He wasn’t home with more than eight months."

He said the losses made him appreciate his family even more.

“I’m family oriented but it pushed me more on my family because tomorrow isn’t promised,” he said.

Lonnie Bee took his advice, jokes, and conversations from online to on-stage.

He began travelling to cities all over the United States and sold-out shows.

His platform has meant a lot to his viewers and followers, and it is proven by the reaction he gets when he meets them in person.

One woman said on video, "He helped me through so much. I am so eternally grateful."

"That’s the part that keeps me going," Lonnie Bee said. "The reaction from the people. They cry."

He said he's still shocked at how people have accepted him into their lives. Lonnie Bee believes people are gravitated towards him because he is being real and his authentic self.

"I get so emotional and be like God is amazing. God is amazing, and I’m really living in my purpose," he said. "I’m helping them live their life -- their best life. Living their truth -- their true identity."