Neighbors frustrated, on edge after a mom and her 5-year-old son were shot

Police are still trying to track down the gunman who critically injured a mother and her young son outside their home near Logan Circle over a scooter. 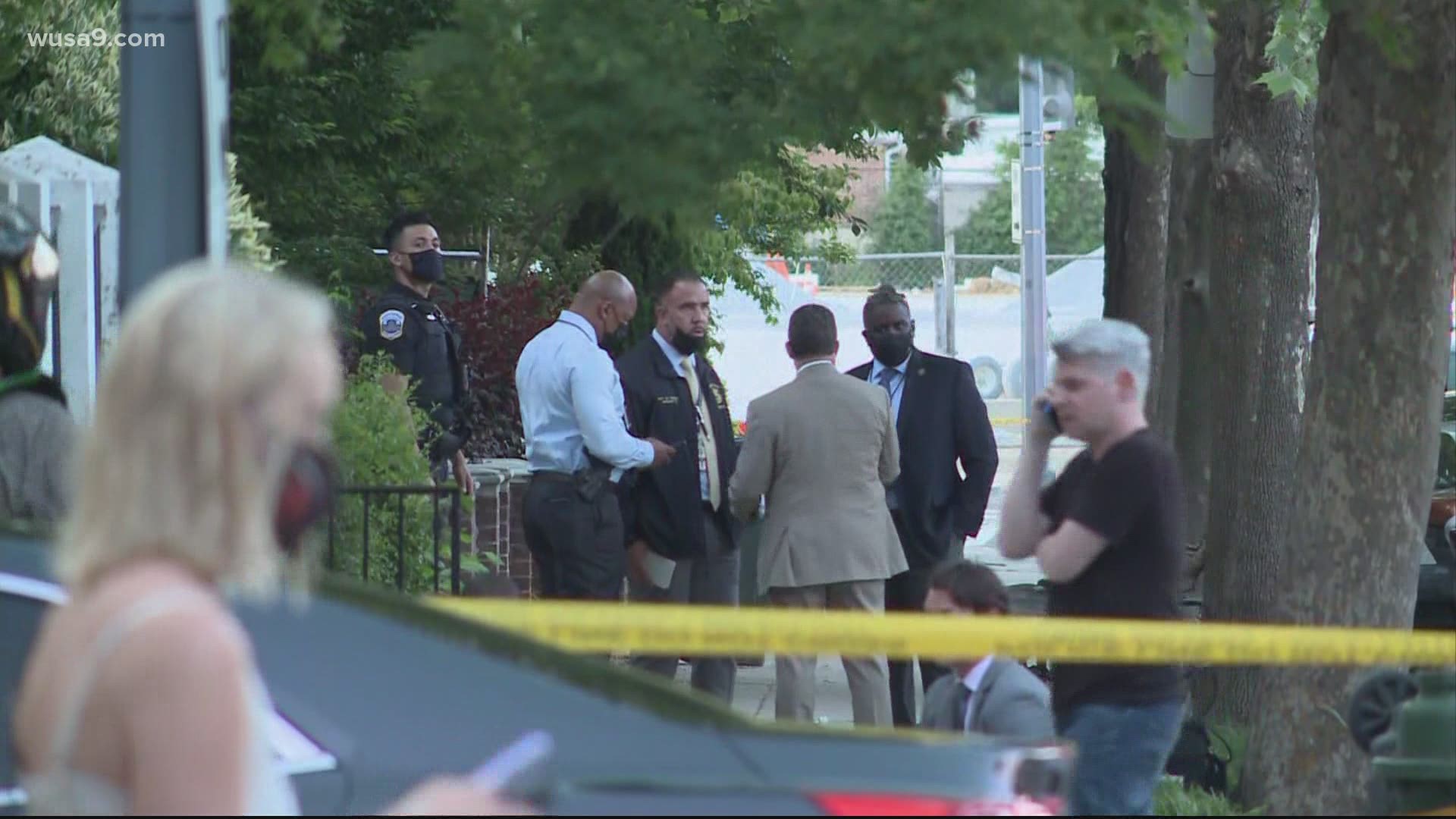 WASHINGTON — The search continues for the gunman who shot a mother and her 5-year-old son outside their home in Shaw on Tuesday night.

DC Police said the case remains under investigation after both victims were rushed to the hospital in critical condition.

Chief Robert Contee said the shooting happened after some type of argument over a rental scooter near 10th & P Street in Northwest. The gunman pulled out a handgun, covered his face with a ski mask and shot at a group of people. There was another sibling who escaped unharmed, according to police.

The gunman escaped down Rhode Island Avenue and was last seen wearing dark clothing and a dark ski mask.

An incident report released by MPD said it was the husband of the mom and son shot who reported the incident.

"I'm so emotional about this," Advisory Neighborhood Commissioner Michael Eichler said. "I have constituents who really care about the neighborhood and care for all the people in it but crime has some contemplating leaving."

"Our government is failing us."
The shooting that left a mom and 4-year-old son critically injured continues to shock the community near 10th & P Street in NW. Commissioner @Eichler4DC is emotional as he demands for the city do more in addressing crime and public safety. @wusa9 pic.twitter.com/D95c0f8akt

The incident happened around 7 p.m., just minutes after the park at Seaton Elementary School closed for the night.

"The shots were fired in a row and were very loud," Lippe said.

Neighbors and friends including Suki Lucier said the victim and her husband were particularly known to be advocates for improving public safety in their community. They were part of a group of concerned residents who recently expressed their worry to WUSA9 about alleged illegal activity and violence at a homeless encampment on 10th Street.

"To know that these people are who are so deeply invested in the city and the community have become victims, it really is even more heartbreaking," Lucier said.

“Tell your loved ones how you feel today.”

NEW: Family of the mom, son critically shot over a scooter at 10th & P sent me a statement. The mother’s husband Patrick Reilly said “medical teams continue to help them.” The shooting happened as the family was playing outside. @wusa9 pic.twitter.com/tsdGfu2Zyz

The husband and father of the victims, Patrick Reilly, released a statement Thursday morning:

"On Tuesday night while playing with our children in front of our house, a man stopped and threatened our family, then intentionally shot at us, hitting my wife, Katie, and our five-year-old son. Thanks to the quick work of first responders, they were taken to the hospital where medical teams continue to help them. They need our support now. We thank our family, friends, and community for keeping them in their thoughts and continue to ask for privacy during this difficult time. Tell your loved ones how you feel today and hug them tightly. Give blood if you can. Thank you."

Mayor Muriel Bowser joined the press conference with the police chief on Tuesday and said, "We are devastated, this family is devastated...over nothing."

However, leaders like Eichler and other residents said they are sick of the lack of attention in addressing growing crimes.

"This blind approach to government is creating a culture of lawlessness that results in serious impacts to D.C.'s working and law-abiding taxpaying citizens and my constituents won't tolerate it," Eichler said. "I'm going to challenge the mayor and District Council to ask themselves, what lawless safe environment is compatible with D.C. values?"