The Ambulatory Care Center of the hospital and some homes in the area were evacuated. 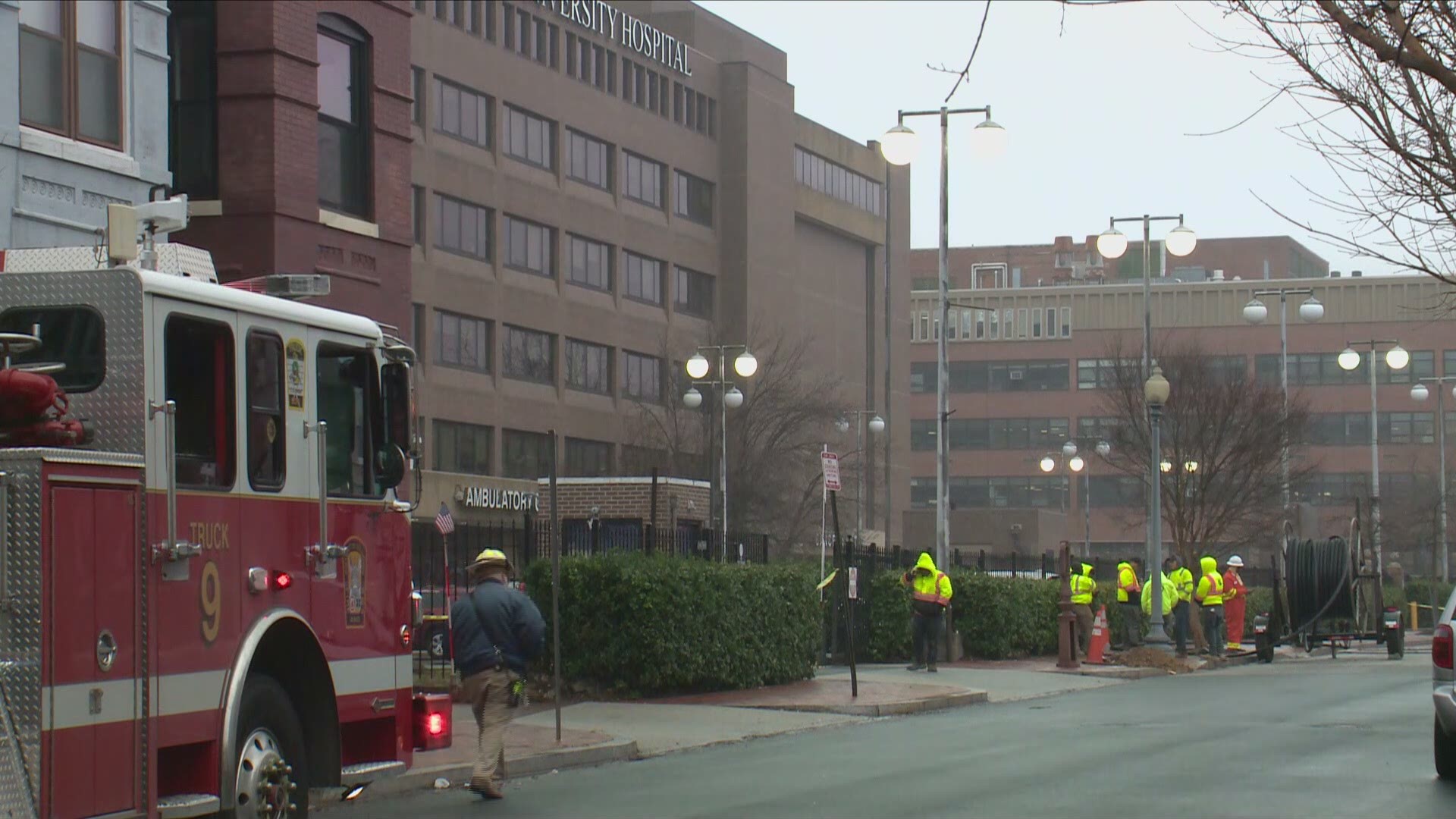 WASHINGTON — Portions of the Howard University Hospital and homes in the surrounding area were evacuated following reports of a gas leak nearby around 1:15 p.m. Tuesday.

D.C. Fire's Public Information Officer Vito Maggiolo said a large gas line was ruptured in the 400 blocks of Elm Street, Northwest, which is behind the Howard University Hospital.

As a result, the Ambulatory Care Center of the hospital, as well as some residents in the area, were evacuated.

D.C. Fire and EMS and Washington Gas went to the scene investigating the leak. Officials metered the hospital area that was impacted and reported all levels were "normal with no danger."

The hospital was reoccupied around 2:20 p.m.

According to DC Fire & EMS officials, there is no shutoff valve for the gas line, resulting in Washington Gas having to drill down into the hole in order to cap the leak.

Washington Gas officials were on the scene and worked to cap the leak at this time. According to authorities, a third-party construction crew struck the line that caused the gas leak.

Nearby residents on Elm St, Northwest were given temporary shelter inside the Florida Avenue Baptist Church until they were allowed back inside their homes.

In December, a major gas leak just outside the Navy Yard Metro station caused several surrounding buildings, including an unidentified restaurant and high-rise apartment complexes, to be evacuated. Metro service on the Green Line was also disrupted.

D.C. Fire and EMS said the evacuations were "in abundance of caution" and that all readings in the buildings had tested negative. A safety perimeter of one block in all directions was established, and Washington Gas was on the scene to investigate. Metro train service on the Green Line was suspended between Anacostia and L'Enfant Plaza.

Officials said the leak was caused by an outside two-inch, hi-pressure gas line being struck in the 1200 block of Half Street, SE around 12:30 p.m.  Metro service was restored just before 3 p.m., but delays continued throughout the late afternoon.

By 3:20 p.m. the area was declared safe and all buildings were reoccupied. No injuries were reported.