What is the future of DC strEATeries? This neighborhood thinks it has the answer

DDOT is revamping the 17th Street corridor in DuPont Circle with bike lanes and spaces for more permanent strEATeries. 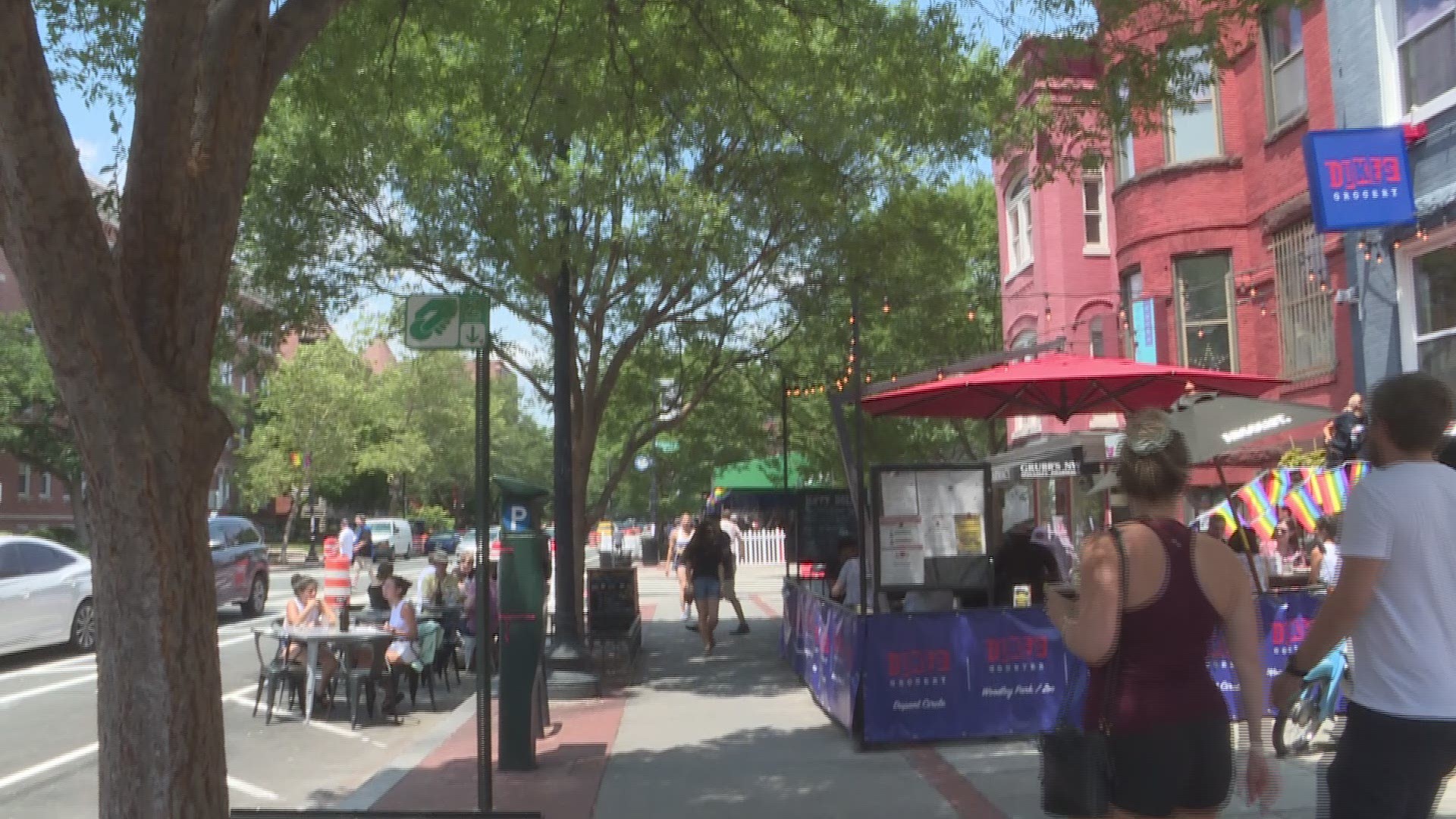 WASHINGTON — With D.C.'s continual reopening amid fewer COVID-19 restrictions, many have started to question what will happen to the city's strEATeries. One neighborhood thinks it has the answer.

Community leaders were quick to assure them that instead — they're getting a more permanent spot.

DDOT is currently installing some traffic calming measures in the corridor, like protected bike lanes, reducing the two-lane street to one and parking spaces on the road that make room for the popular strEATeries.

“The main positive externality about this is the strEATeries you know, the realization that people eating and enjoying, you know, great local food and supporting the local economy," managing partner of Duke's Grocery, Daniel Kramer said. “That's a lot more important than three cars sitting there doing nothing, except maybe getting a parking ticket or two.”

Other owners agree with Kramer.

What’s the future of streateries in #DC?

A DDOT released survey results in March said 89% of the businesses that participated supported a permanent strEATery program.

Mayor Bowser has also been pushing the council to pass the Reopen D.C. Alcohol Act. One provision would allow owners to pay a fee to set up a strEATery from May to Oct. in 2022 and 2023.

“Because of the pandemic, I think we're really considering how we use our shared public space," former Advisory Neighborhood Commissioner for the area, Randy Downs said. "This design, I think, will be a model for the rest of the city.”

Downs and fellow former ANC Aaron Landry have been working with the city for years to make 17th Street in DuPont Circle safer for cyclists and pedestrians.

They're excited to see their advocacy come to fruition in a way that preserves many diners' favorite pandemic innovation.

“I got to ride on it last night and just felt safer," Landry said. "The traffic is calmer. I think when this is done, people from around the District are going to come to 17th Street and see how they can apply this to their neighborhood.”

Landry said he has heard concerns from residents about the project impeding loading zones for businesses and ride-share drivers, but he, Downs, and Kramer all agree it's worth it.

“We're proud to be the trendsetter," Kramer said.

Downs anticipates the section between P and R streets to be finished by the end of the week.

RELATED: 'Even more vibrant' | Proposed legislation could change the future of dining and drinking in DC