Ten-year-old Makiyah Wilson's parents wanted a funeral fit for a princess that captured the child she was. 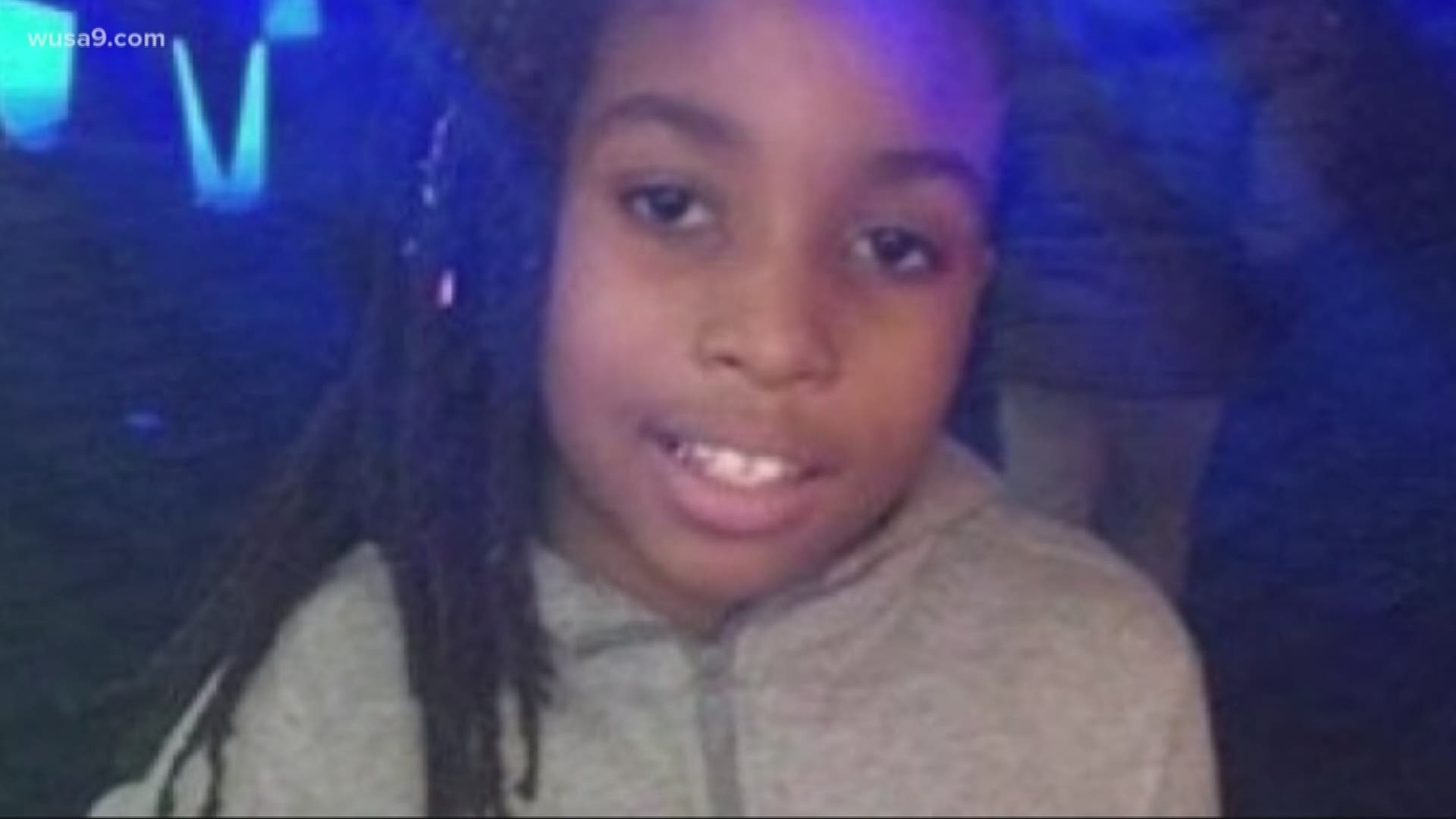 WASHINGTON --A young girl who was murdered in Northeast, D.C. last week was given one last ride past the spot where she was killed.

Earlier on Wednesday, thousands of people gathered at The House of Praise church to celebrate Makiyah Wilson’s life.

Makiyah is the 10-year-old who died when a group of masked men shot up a crowd in Clay Terrace.

It was a funeral that should not have had to happen as family and friends celebrated the life of a rising fifth-grader.

This is the order of service for the celebration of life for Makiyah Wilson. The 10-year-old was shot and killed in Clay Terrace last week. A group of masked men opened fire on a crowd of people enjoying a warm summer evening @wusa9 pic.twitter.com/t8yS7RnunI

“I wanted to make sure my baby goes well,” Donnetta Wilson said.

Makiyah’s parents wanted a funeral fit for a princess that captured the child she was.

There were lights, a place to take pictures, and an ice cream truck at the service.

“She was special. She was outstanding. She was full of life. That was my everything,” Wilson said.

The 10-year-old meant a lot to nearly everyone who attended the funeral.

Makiyah was killed more than a week ago when a group of men was caught on video shooting into a crowd in Clay Terrace.

She had just left the swimming pool and was headed to get ice cream at the time of the shooting.

Police found this car used in the shooting, but the suspects are still out there somewhere.

Speakers at the service called for the community to step up by asking people to come forward with information and hold the killers accountable.

As Makiyah’s parents were left feeling the pain of losing their little girl, some hoped the service inspired someone to do the right thing.

“This is real bad. They need some justice,” a family member told WUSA9. “They need to get these guns off the street.”

There is a cash reward for information in this case, and the family is begging anyone who knows something to call police right away.