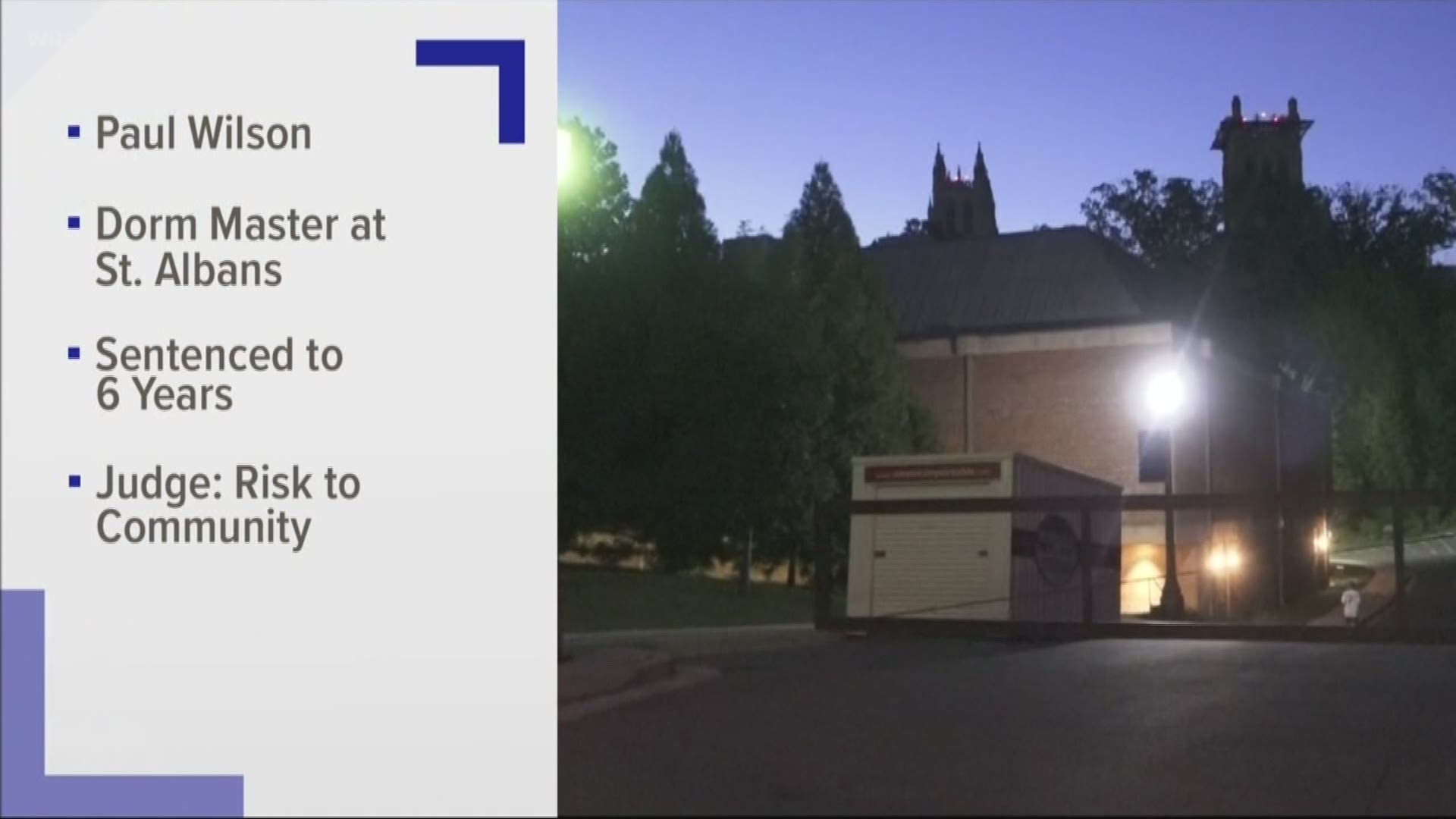 The FBI interviewed Wilson, 49, back in 2015 in the shadow of the National Cathedral, and arrested him for transporting child pornography from Virginia to Washington.

Prosecutors in the Eastern District of Virginia said Wilson's crimes became progressively worse, as he downloaded images over the dark web to cloak his offenses in anonymity.

Credit: Alexandria Sheriff's Office
Wilson was sentenced for possessing and transporting thousands of images of child pornography, while working at a D.C. school as a "dorm master" with minors.

"While he had previously consumed content depicting naked children posing suggestively and exhibiting their genitals, he moved on to consuming hardcore content depicting the penetrative rape of prepubescent children by adults," prosecutors wrote in Wilson's sentencing report.

The U.S. Attorney's Office originally requested a sentence of eight years incarceration, with a decade of supervised release.

St. Albans School did not immediately respond to requests for comment on the sentencing. The student body consists of boys between 4th and 12th grade, with eight to 30 students residing in Wilson's dormitory on a given night.

In 2014, Wilson moved out of the private school dormitory to an apartment in Annandale, Va. In doing so, he carried his computer with the explicit images across state lines.

In addition to serving as a "dorm master," Wilson worked as an information technology specialist at the school. Investigators said his electronic devices were sophisticated, and posed unique challenges to forensically reconstruct.

The FBI first interviewed Wilson in July 2015 within the school's chapel.

Prosecutors said Wilson admitted he was sexually attracted to minor girls but had not acted on his urges.

St. Albans terminated Wilson's employment the same day he was interviewed by the FBI in 2015, and did not allow him back on school grounds.

Wilson then moved to a cabin in rural West Virginia, as investigators spent more then three years building a case against him. The FBI arrested him at his remote home, and brought him to Alexandria, Va. for trial.

While investigators did not find any evidence of sexual assault among the minor students who lived alongside Wilson, prosecutors called his decision to seek employment at the school and conduct, "deeply concerning and exceedingly reckless, and it demonstrates that he poses a risk of danger to the community."