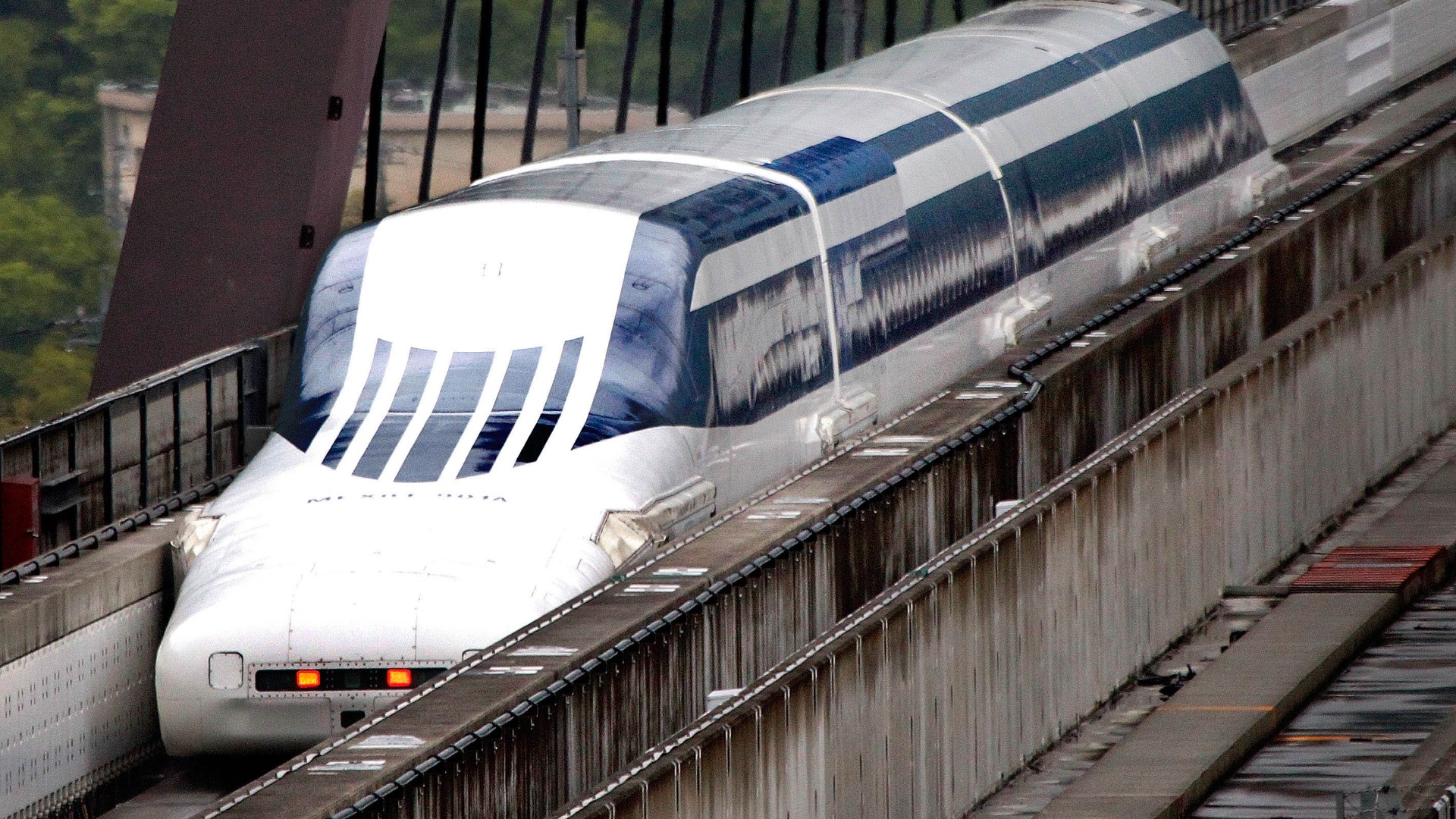 TSURU, YAMANASHI, JAPAN – It is a streak of quicksilver shooting through the foothills of Mt. Fuji, a vision of the future spotted instantly within a tranquil tableau.

The world’s fastest train – traveling 311 mph through the Japanese countryside – floats inches above the track. High powered, superconducting magnets repel the train off the ground, while propelling it forward through alpine tunnels.

A similar project calls for a floating, super-speed train between Washington and Baltimore. The effort is currently advancing through a federal approval process, with backers hoping for a green light as early as next year.

The technology invented in America and perfected in Japan is known as superconducting magnetic levitation (SCMaglev or maglev), with the world's only floating train line currently in operation outside of Tokyo.

Backers of an American SCMaglev project believe the Northeast Corridor will inevitably host the infrastructure, a feat of engineering that could supercharge transportation between Washington and Baltimore.

But a proposal to avoid homes within Prince George’s and Anne Arundel counties runs into another set of concerns – possible interference with the operations of the National Security Agency and NASA Goddard Space Flight Center.

In the most recent set of documents published by federal authorities, the U.S. intelligence agency and NASA voiced concerns that a maglev near their facilities could potentially interfere with research and security operations. 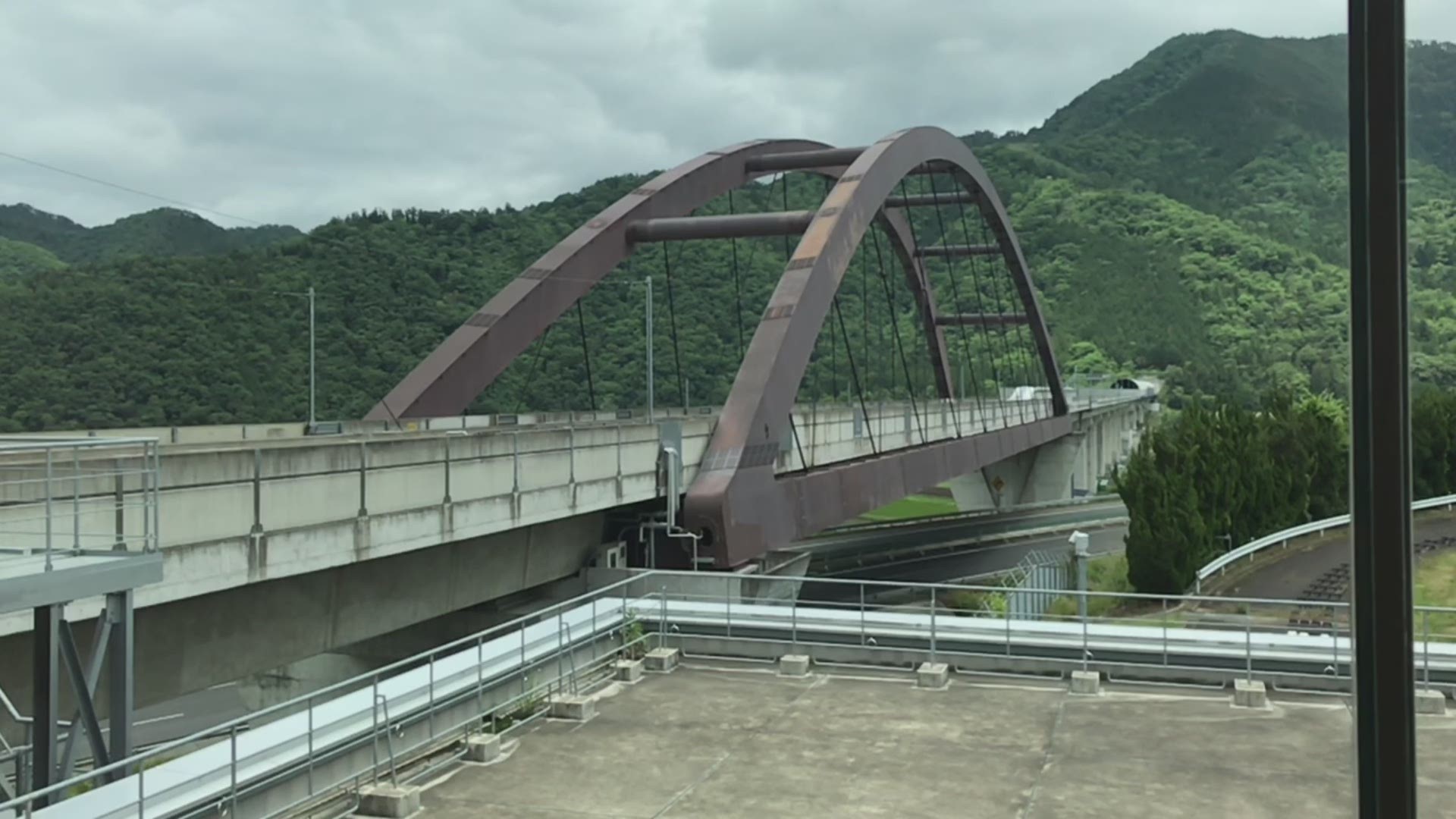 Two proposed paths would put the maglev next to the government facilities, with elevated track near the NSA and a tunnel approaching Goddard.

An NSA official with knowledge of the discussions and authorized to speak about the concerns said the issues regarding potential electromagnetic interference still exist, after they were initially recorded in a federal document in November 2018.

The potential problems are now being addressed by both the maglev developers and the agencies, with engineering details not yet specific enough to determine how the issues may ultimately shape the project.

The questions and concerns voiced by the NSA and NASA have not been previously reported.

“According to the information that has been supplied up until today (24 October 2018), NSA has significant concerns with both alignments,” the agency’s most recent comments said, referring to the proposed maglev pathways both east and west of BW Parkway.

Baltimore Washington Rapid Rail (BWRR), the company proposing the maglev line, responded in the same document by writing, “The project sponsor, BWRR, is committed to coordinating with NSA throughout design and construction.”

NASA officials expressed similar, if not more pointed questions within the document, where 21 local and federal agencies had the opportunity to discuss the proposal.

“Any impacts from the SCMaglev project on our science and mission would be of great concern,” Goddard officials wrote.

“One area of particular concern is the Goddard Geophysical and Astronomical Observatory (GGAO). The Goddard Geophysical and Astronomical Observatory, located off of Springfield Road, is a remote facility that support a number of NASA activities that require minimal disturbances from vibration, artificial lighting, and electromagnetic interference.”

In a briefing and series of interviews conducted by WUSA9 in Japan, Wayne Rogers, the chairman and CEO of the American project, said maglev vibrations and magnetic fields would have no discernible impact.

“I feel confident we’ll get approval,” Rogers said at the beginning of a June 2019 interview with WUSA9 in Nagoya.

“There won’t be void vibration. There won’t be noise. [People] will not even be able to know that project is deep underground, below their homes. I mean we’re talking about depths of more than 100 feet below the ground.”

Electromagnetic data provided by Rogers’ team to the NSA suggests magnetic field strength from the proposed train would be as low as 1/60 weaker than limits permitted by international guidelines.

According to a summary of the NSA-maglev meeting provided to the Federal Railroad Administration, an observer below elevated maglev tracks would experience a magnetic field strength of 0.02 militeslas, compared to the strongest limit allowed of 1.22 militeslas.

The NSA also wrote that an elevated track near its facility could provide a malign actor with a direct line of sight towards the secure property.

“NSA does not want people to have a line of sight or proximity access to the NSA facilities, as they want to minimize any potential threat to its facilities,” the agency said.

“A hood over the viaduct could potentially be a mitigation element for line of sight concern."

The project’s complexities, potential economic benefits and questions from surrounding communities are the subject of an in-depth WUSA9 digital and broadcast series set for November.

Interviews from Bladensburg, Md. to Tokyo convey the stakes of American infrastructure falling behind in international standings – a loss of jobs, lower foreign direct investment, and continued crippling congestion.

The same trip could take 15 minutes with a maglev, supporters say.

The proposed D.C. – Baltimore maglev routes now under consideration by the Federal Railroad Administration would run from Mt. Vernon Square in Washington, to either Camden Yards or Cherry Hill in Maryland.

As a projected late 2020 decision date for the American maglev approaches, Rogers, the BWRR CEO, described what message would be sent if the project becomes a reality.

“That we can change,” Rogers said. “We just stopped doing things for about 20 or 30 years… So let’s leap over what we could’ve done, go right to the newest technology and build the future together.”