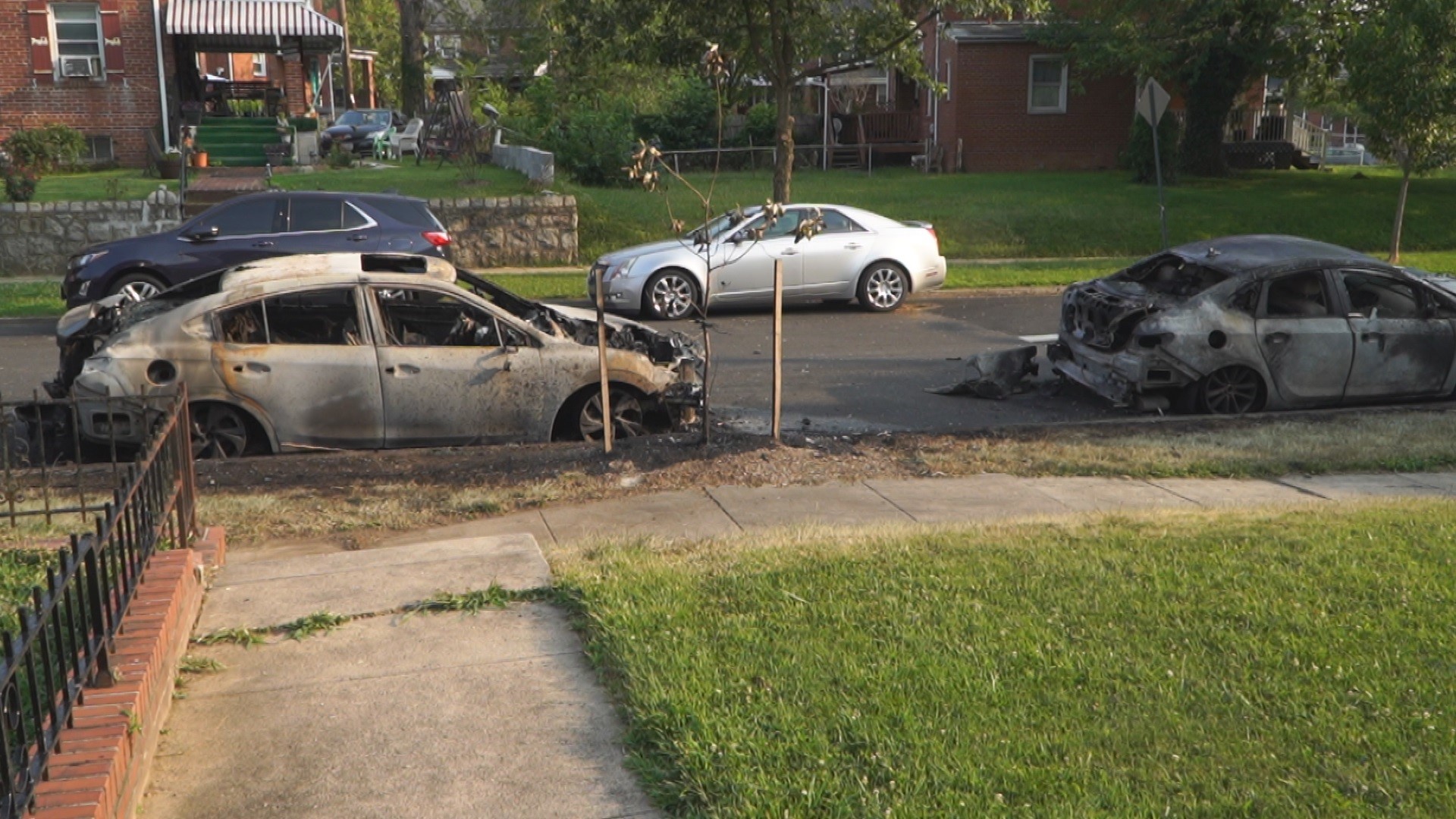 WASHINGTON — Few people were hurt in the District from fireworks, but D.C. Fire and EMS officials say a blaze that damaged three cars in the Anacostia neighborhood was started by fireworks.

The incident occurred on the 1800 block of T Place SE early Monday morning when someone improperly used fireworks in the area, according to DC Fire and EMS.

The fire destroyed two cars on the street. Another car was burned on its rear bumper.

Anacostia resident Cecelia Bryscoe witnessed the fire in her home across the street. She said the two of the cars were fully engulfed.

One of the cars that burned belonged to Anacostia resident Malcolm Welborn. He said he did not even have his car for a year.

3 cars set ablaze from fireworks last night at T Place SE. It’s remarkable that no one was injured and that at least two cars are fully insured. pic.twitter.com/05BEkKoC2H

Welborn recorded video of the fire shortly after it began.

“It appears that the grass caught on fire and the cars ended up catching on fire after that,” he said.

Welborn said he has gap insurance and he expects it to cover the cost of his car.

Welborn added he was happy no one got hurt. However, he said he could not understand why people decide to shoot off fireworks in such a densely populated area.

“I don’t know if it’s worth this,” he said. “So, I would tell people you need to be extremely careful.”

Welborn said he was not angry at what happened. He chalked the incident up as “just a part of life.” But, his neighbor, Shanise Young, felt differently about the fire.

Young’s car was also destroyed in the blaze.

“I definitely am [angry],” she said. “Because I got to start all the way over.”

The only thing to survive intact inside Young’s car was the car seat for her two-year-old.

Both Welborn and Young thanked the DC firefighters for putting out the blaze.

According to DC Fire and EMS, the department responded to 96 outside fires from July 4 to 6 a.m. on July 5.

DC Fire and EMS said only four people were hurt by fireworks on Sunday. All four injuries were minor burns. Other localities around the DC area have not reported significant injuries to people by fireworks.