DC Fire and EMS said 20 units and 100 firefighters are trying to get the fire under control. 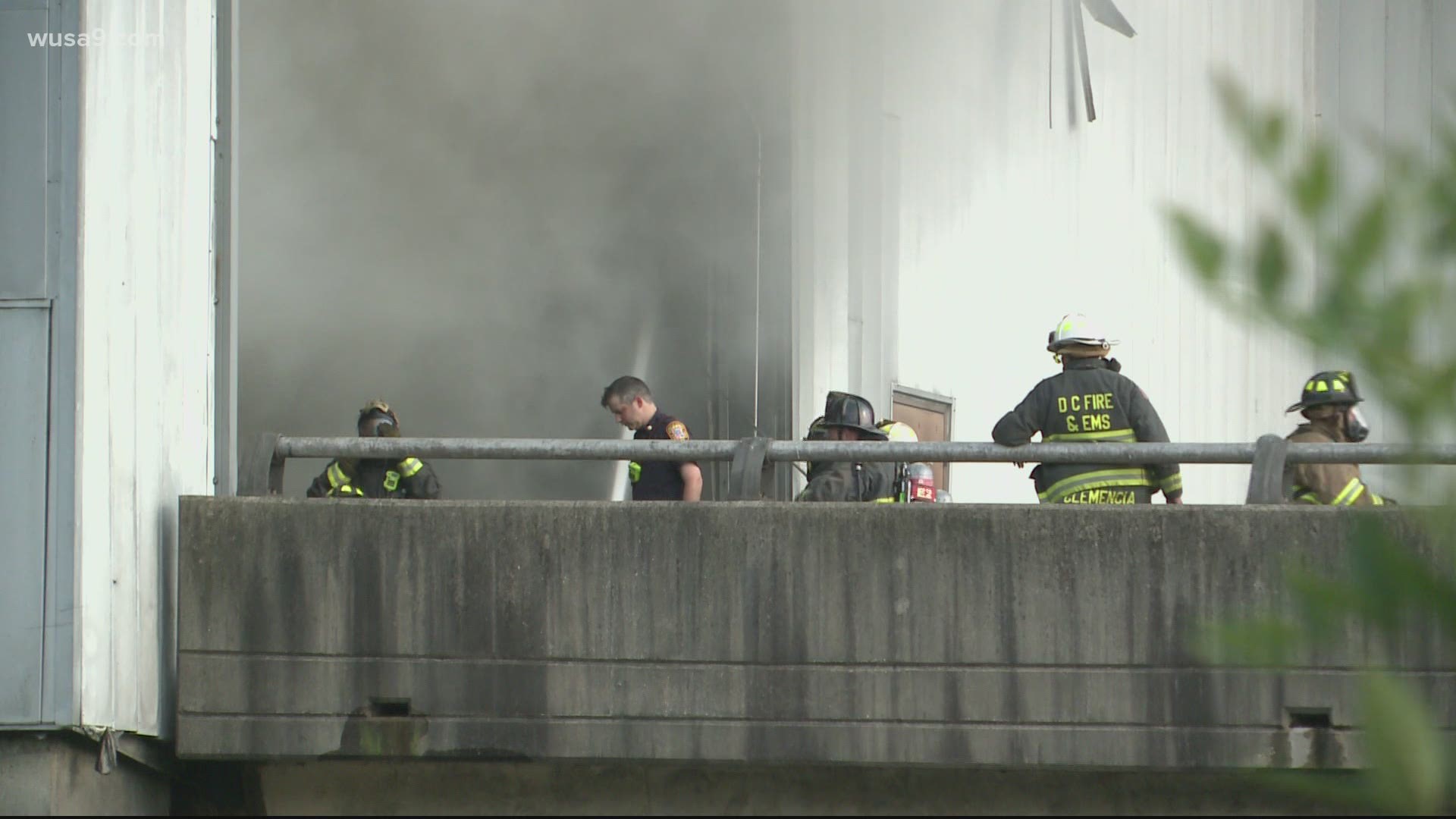 WASHINGTON — Crews are attempting to extinguish a two-alarm fire at a trash transfer station in Northeast DC.

According to a tweet from DC Fire and EMS, the fire sparked in the 3200 block of Benning Road NE with a "large volume" of trash burning inside the transfer station. None of the trash burning is hazardous.

"#DCsBravest are operating in a defensive mode attacking the fire with large streams, including out aerial tower," DC Fire and EMS tweeted.

DC FEMS said 20 units and 100 firefighters are trying to get the fire under control.

All employees of the trash transfer station are accounted for, according to DC Fire and EMS.

There is no word on what caused the fire.

Update 2nd Alarm fire 3200 Benning Rd NE. #DCsBravest are operating in a defensive mode attacking the fire with large streams, including our aerial tower. All employees are confirmed accounted for. This will be extended operation. pic.twitter.com/Q4WUSLahGG

Firefighters struggled to contain an exploding Northern California wildfire under blazing temperatures as another heatwave blanketed the West, prompting an excessive heat warning for inland and desert areas.

The smoke from the wildfire has made its way to the East coast, causing those in the D.C. Metropolitan area to experience poor air quality and hazy skies.