A fire in Northeast DC displaced 29 families from a senior citizen apartment complex. Now, they're concerned about where they will go. 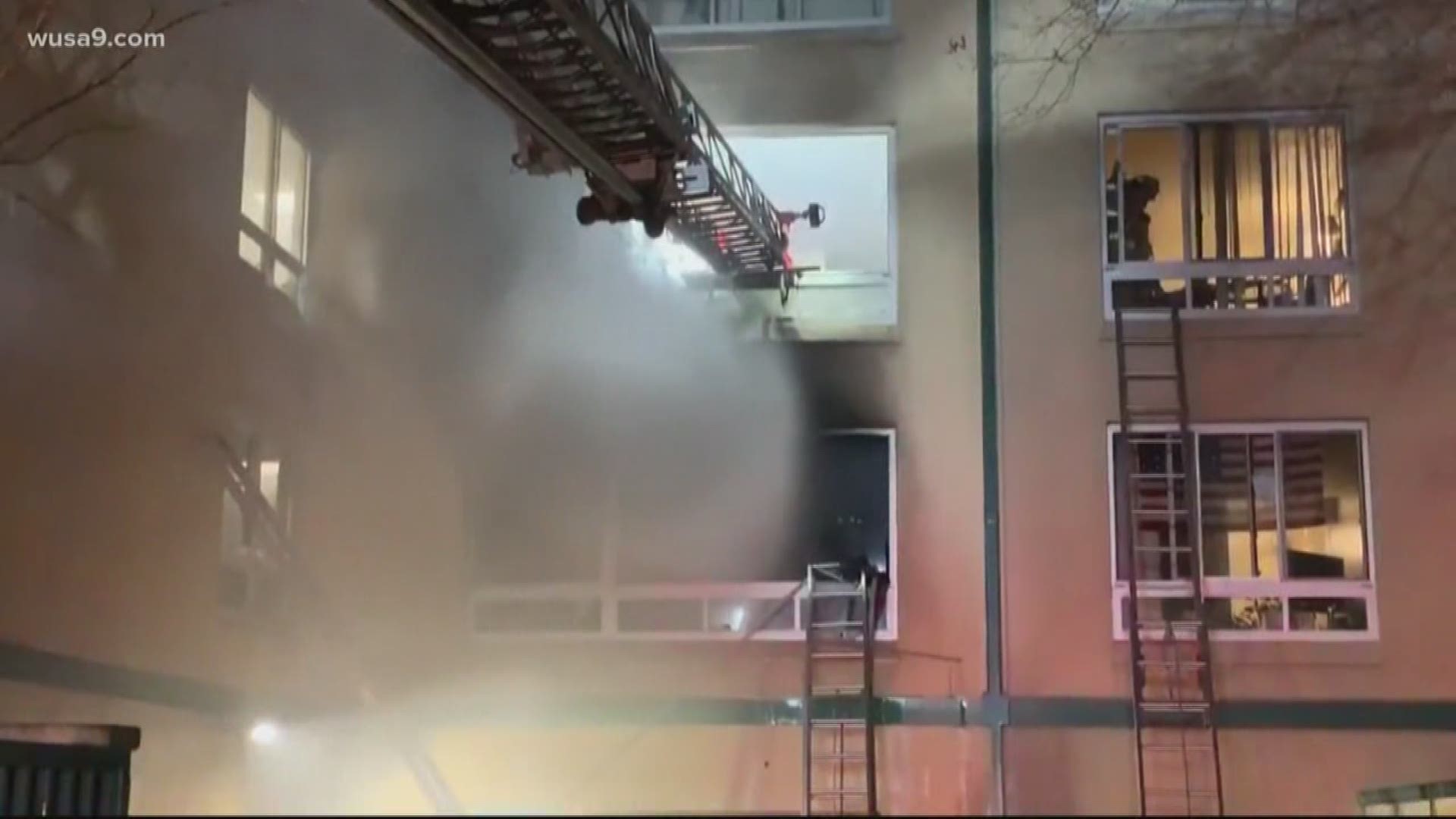 WASHINGTON — An early morning fire in Northeast, D.C. on Sunday has left 29 families without a home. Just after 5 a.m., the Fort Lincoln Senior Citizen's Apartments on Banneker Drive were ablaze.

The apartment complex has about 120 units, mainly occupied by the elderly or those who use wheelchairs to get around. This made for a huge rescue effort, as 80 firefighters pulled distressed residents from windows or carried them down smokey stairs.

Some residents of Fort Lincoln recall the thick, black smoke that sent them diving out of windows. Most of all, they remember the heroics that leave them standing here without a home, but with a heartbeat.

Ronald Yates was rescued by a D.C. firefighter, while half his body hung upside down out of a window. Sunday, he feared for his life, but today he faces a new fear.

"After my stay at the hotel, I don't know what I'm going to do," Yates said.

For the next three days, residents are staying at the Fairfield Inn on New York Avenue, after getting assistance from the American Red Cross.

The DC Housing Authority (DCHA), the landlord of Fort Lincoln, said that all 29 displaced families will have somewhere to go after their three day hotel stay is up. DCHA said they are hoping most residents will be able to return to their homes by Friday, but likely those on the second floor, where the fire started, won't be so lucky. Those residents will be housed at different units in the building, or another senior DCHA property.

The help is something dozens are counting on in the upcoming days.

"Yea it's scary," resident Ronnie Battle said. "I don't know what we are going to do if our apartments aren't ready after three days. I'm praying for other people and praying for myself."

Residents can direct questions to the staff DCHA have at the hotel, where they are sharing information in real time.