Detrice Belt is moving out of Barry Farm housing development in Southeast, DC after getting weekly notices marked urgent and plus a 90-day notice to vacate by Friday, December 21st. 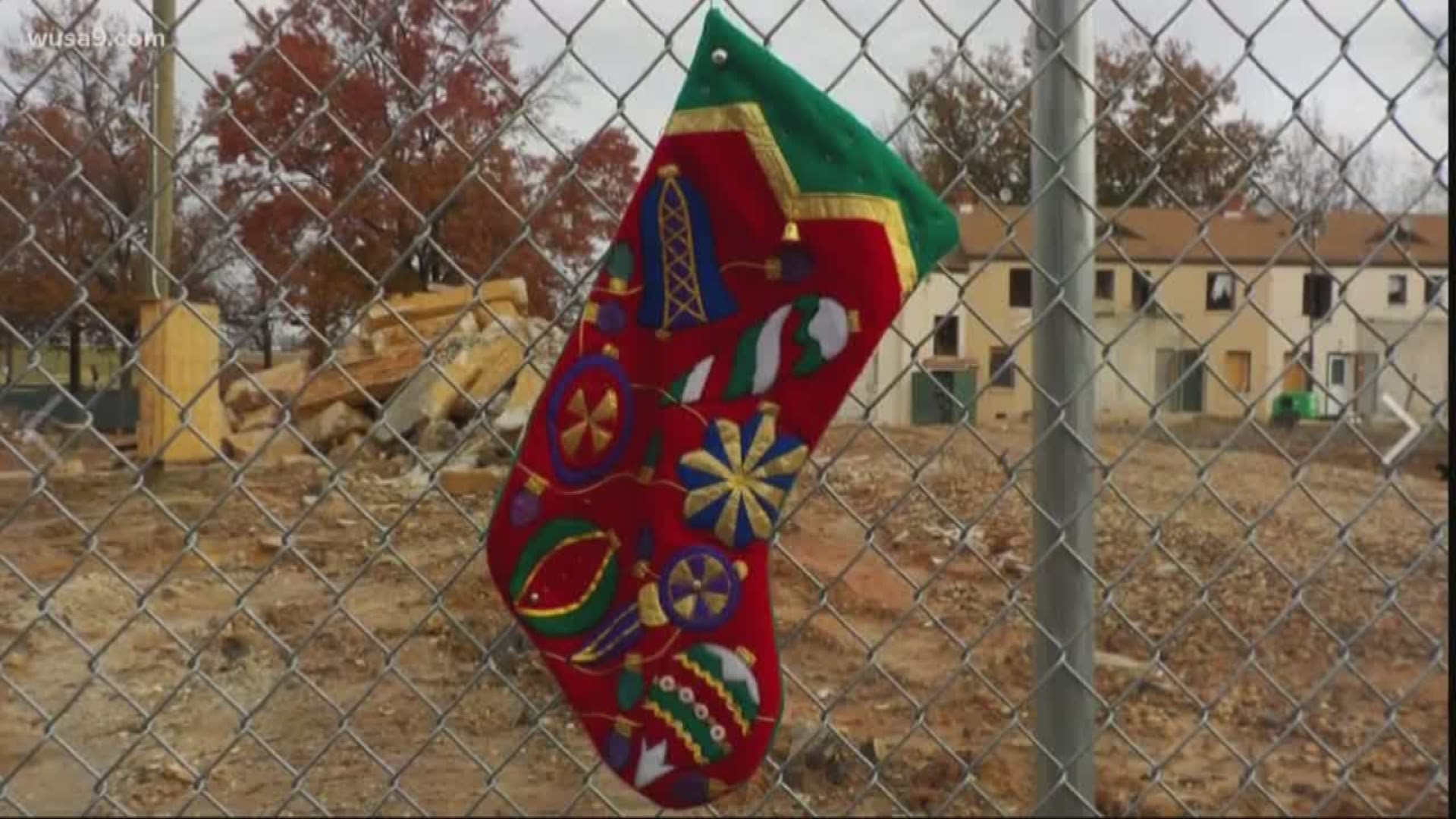 WASHINGTON -- Detrice Belt is moving out of Barry Farm housing development in Southeast, D.C. after getting weekly notices marked urgent and plus a 90-day notice to vacate by Friday, December 21.

But, the DC Housing Authority now says it’s not what it looks like. Despite the bold print and the strong language, the date was not a deadline to leave - just an option.

“That’s not being transparent because now the property is empty and that’s why I’m leaving. It’s so empty, it’s scary,” said Belt.

The housing authority says just over a dozen families are left and receiving financial help to relocate. Local advocate and photographer Joseph Young captured telling pictures of the final days at the historic Barry Farm, including a discarded furniture piled up by the dumpster and a lone Christmas stocking hung on the fence surrounding the demolition site.

After decades of disrepair the property is slated for demolition and eventually redevelopment though the plans have been put on hold and are tied up in court.

Despite the city’s promises, tenants are coming up with their own development plan to make sure they will be able to return. They have a list of demands including the return of all residents, a pathway to homeownership and business opportunities. “I’m the chair of the tenant association,” explained Belt, “And trying to hold meetings with residents. It’s very hard because they’ve been displaced. They're all over the city.”

Out of 196 families, less than 40 are still in Ward 8. 55 are living in Ward 6 with just a handful (5) who have moved to Maryland. “I like what they showed me I’m just sad it’s in another ward and away from my family and friends.”

So even though Belt is leaving in the New Year, she’s not giving up on Barry Farm.

“I’m still in this fight no matter what,” she declared.

DCHA says its policy guarantees tenants will return to the new development in 2020 saying the families will not be “overlooked or forgotten.”