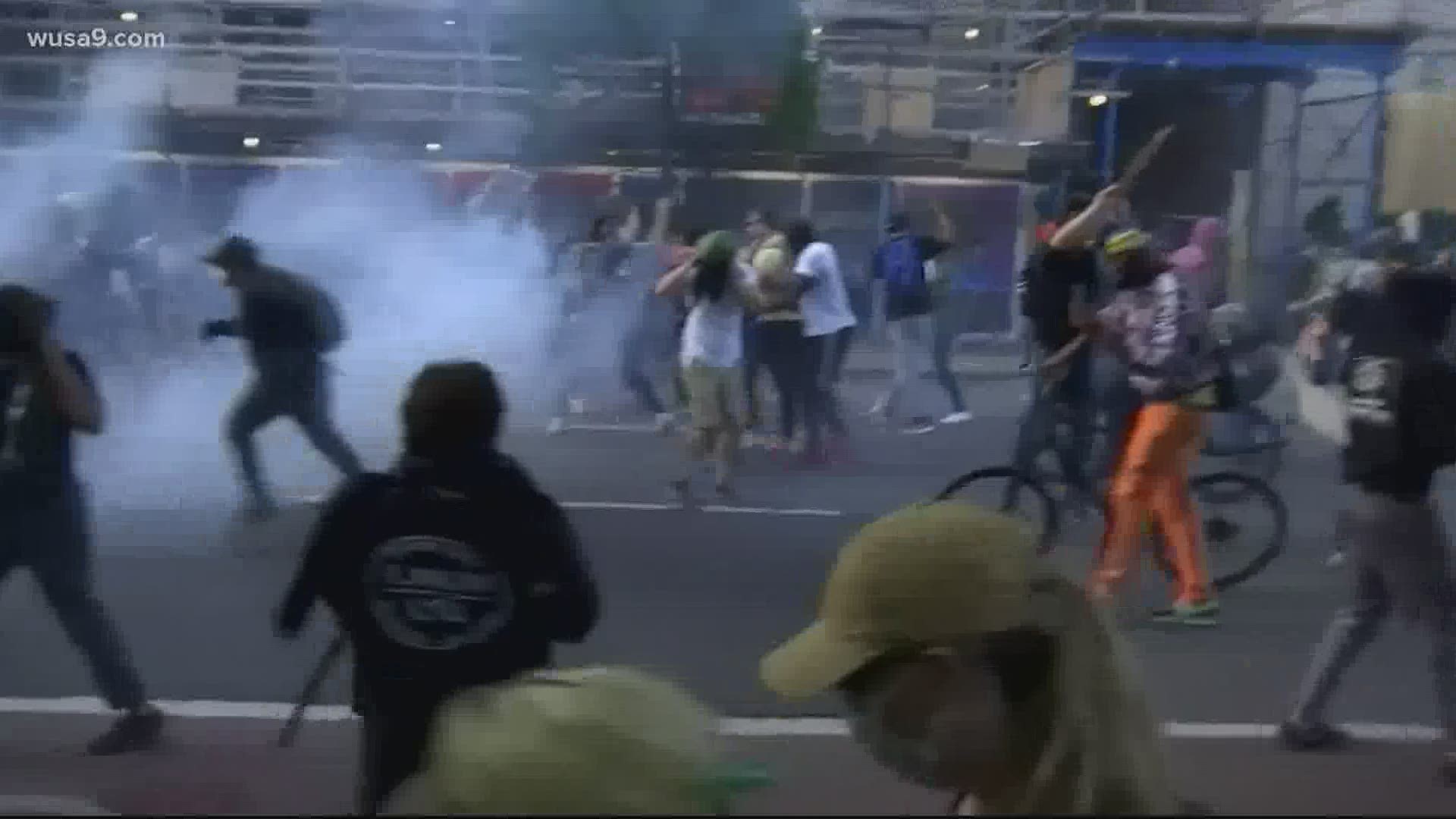 WASHINGTON — A House committee is holding a hearing on Monday to investigate why federal police officers violently removed protesters near Lafayette Square earlier this month.

The hearing is the first congressional investigation into what happened.

Representatives are hoping to get to the bottom of the decision to use force that day and why the police crackdown happened in the first place.

Flash bangs, tear gas, and a violent use of force was a part of the scene outside of Lafayette Square near the White House on June 1 as U.S. Park Police officers forcibly moved peaceful protesters out of the area.

Moments later, Trump was escorted through the park to St. John’s Episcopal Church where he took a picture holding a bible.

The move that has sparked controversy and criticism.

The House Committee on Natural Resources is holding a hearing on the incident at noon.

It's expected to include testimony from an injured protester, the bishop of the Episcopal Diocese of Washington, and Australian journalists who were attacked by law enforcement during the chaos.

RELATED: Black vs. African-American: The complex conversation Black Americans are having about identity #ForTheCulture